Once described as the fittest man on the planet, ultramarathon runner Dean Karnazes speaks to Kathryn Ryan about getting older, wiser, slower and stronger.

His latest book A Runner's High: My Life in Motion chronicles his return to the Western States 100-Mile Endurance Run after first completing the race decades ago. 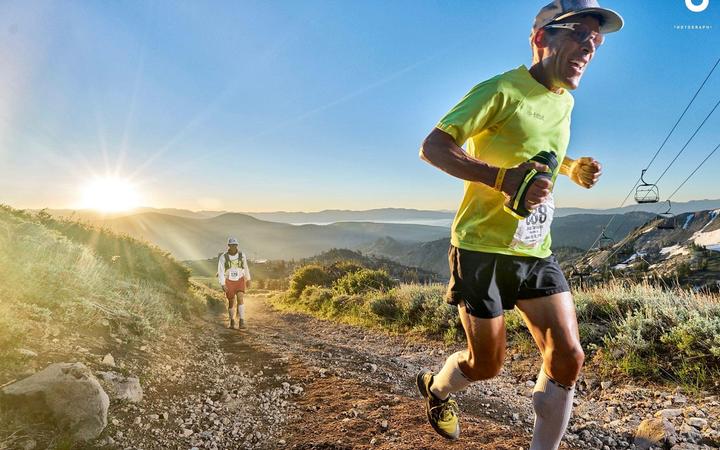 One of Karnazes’ earliest memories is as 5-year-old child, running home from kindergarten.

“I remember distinctly how I felt and how it made me feel alive and in touch with the world and the environment.”

That is until the night of his 30th birthday, when Karnazes ran 30 miles while drunk in silk boxer shorts.

“That drunken night forever changed the course of my life. I became a runner, I decided that’s what I was at heart. I found the man that I am and that man is an athlete and a runner and I decided to quit my lucrative corporate job and pursue a career as an athlete.”

In the years since, he has been described as the fittest man on the planet. His achievements in running are a testament to the sheer power of human endurance and include running 50 marathons in 50 states in 50 consecutive days, and running a mind-boggling 560 kilometres in 81 hours without sleep.

Few other sports hold a mirror up to you the way running does, Karnazes says.

“You’re forced to confront yourself and your limitations. To me, pushing through those low moments is such an awakening, because what emerges is a better version of you.”

He soundly believes that only in discomfort do you find who you are.

“What I think happens is we lose all the layers and all the baggage around us until we’re just at our elemental self and we’re in the here and now, in the present moment of time.”

When ultramarathon running, all you think about is the here and now, he says.

“It’s almost like a Zen-like state where you’re just hyper aware of your environment but you’re very much present.”

A lot of running is making yourself do something you don’t want to do, he says.

“Sometimes it’s just having the discipline to say I'm going to go on my run today or I’m going to do my workout today.”

While running an ultramarathon, Karnazes periodically chants mantras. One simply being ‘you can do this’.

“There’s a place where the mantra goes away, and everything goes away except for the very action of taking your next footstep to the best of your ability and that’s where I go.

“You can get through really difficult periods if you just take it in baby steps.”

Nothing went to plan for the South Pole marathon, Karnazes recalls. To start with, he had been told there would be 30 runners - there were three.

“I quickly learned that’s because the conditions in Antarctica are dangerous. They’re dangerous just for surviving, let alone trying to run a marathon.”

Arriving in a white-out, the runners and crew had to pitch their tents on the ice to wait out blizzard-like conditions over ten days.

“I was getting so desperate, because I was going stir-crazy, that I just either wanted to leave or finish the race. It's during those moments that you make bad decisions and I think trying to run that South Pole marathon was a bad decision.”

“It took over nine hours to get to the finish line and I had frost bite, eventually they had to cut the balaclava off my head because it was completely frozen like a block of ice.”

The South Pole marathon has never been done since.