Sebastian Junger on what it means to be free

American journalist Sebastian Junger has been a war reporter since 1993.

He is Junger is the New York Times bestselling author of The Perfect Storm, Fire, A Death in Belmont and Tribe.

After his best friend was killed in combat in Libya, and when transitioning to a different way of finding meaning in the world while in the middle of a divorce, Junger took off on a 600km hike along railroad lines on America's east coast.

His new book is simply entitled Freedom, about the journey he undertook in stages with various companions. It ruminates on the concept of freedom and what it means to be free in a modern society. 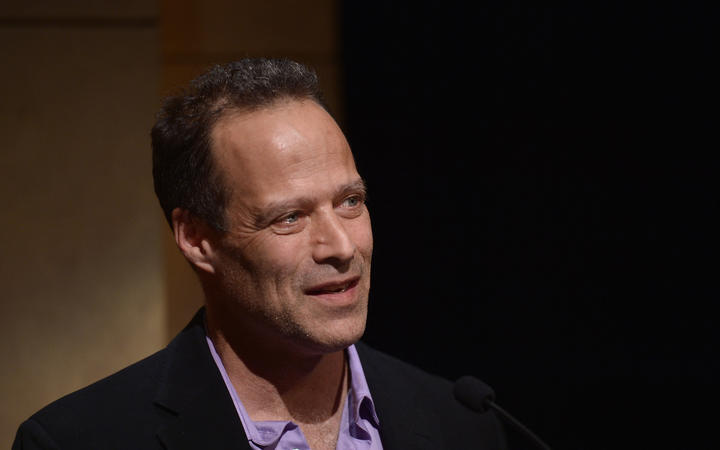 “Me and a few buddies, we’d all been in combat and walked along the railway lines from Washington DC to Philadelphia and then we turned left and headed to Pittsburg.

“We were sleeping under bridges and in abandoned buildings and drinking out of creeks and cooking over fires and dodging the police...The railway lines are a sort of weird no man’s land where anything goes but it’s illegal to be there.”

Carrying everything they needed with them, they walked 10-20 miles per day.

Most nights on their journey, no one knew where they were. That’s a type of freedom, Junger says.

The 600km hike was physically very difficult at times, Junger says. The group walked through blizzards in the winter and high heat in the summer.

“There’s nothing like physical pain to take your mind off psychic pain. Humans are animals, if you put them in a survival situation, they’re preoccupied with survival.

“We got shot at in Pennsylvania by somebody, the cops were looking for us with a helicopter, I mean all kinds of crazy stuff was happening and I think it allowed us a little space, psychically speaking over the course of a year to make this transition.”

It was what he needed, at that point in his life, he says.

Walking the railways meant the group walked through the margins of society – ghettos, industry, farms, wilderness.

It is a human transit corridor that is thousands of years old, he says.

“Those railroads were what allowed this nation to export its goods from the interior.”

Those aren’t the reasons the group chose that path though, Junger says he didn’t do his research before the trip.

“I didn’t know I was going to write a book about it, I had no idea. We just packed our bags and headed out the door.”

In fact, Junger only kept his field notebooks from the trip because as a writer, that’s what he does.

“Years later when I thought I might write about the topic of freedom I had my field notebooks there from the trip and I thought about that because it was a profoundly free experience, maybe the freest I’ve ever been.”

The freedom came from the fact no one knew where they were, and they were completely uncontrolled in their movements and decisions.

“We were completely unaccounted for, we weren’t working for anybody, we weren't in relationships or marriages, we weren’t part of society we were just hurtling through the void.”

As humans, we get access to freedom by being in a group that will help protect us, he says.

Though, he says, if you can defend yourself against an enemy you are also well organised enough to oppress your own people.

“What you see in say dictatorships is that the military apparatus that is designed to defend the country against enemies is also used to oppress the civilian population.”

Junger says humans need to maintain the group defence while maintaining egalitarianism, “That’s the tricky thing about freedom,” he says.