Do something for nothing: How a haircut sparked a movement

A trip to the hairdresser or barber can be very uplifting, but it's often an experience that's out of reach for those living rough.

Joshua Coombes is a hairdresser by trade, whose client list for the past few years has exclusively been the homeless. 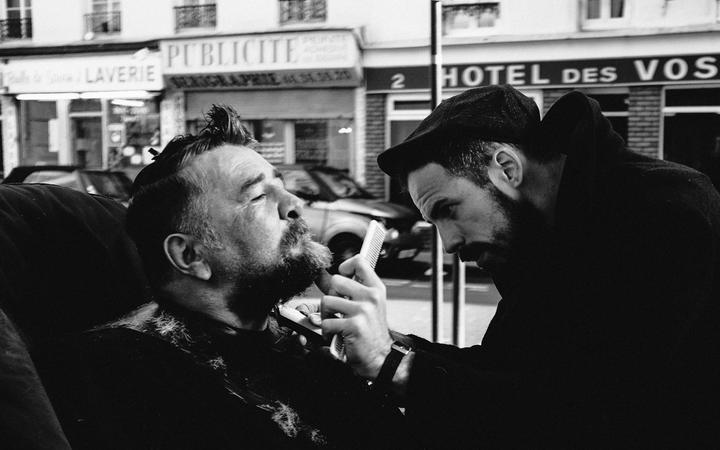 Joshua Coombes has spent the last few years as a hairdresser for the homeless. Photo: Facebook / Do Something For Nothing

Growing up in a small town in Devon, England, Coombes says he didn’t get good grades at school.

“It wasn’t looking great for me, as far as feeling this great sense of success in my life early on.”

Hairdressing wasn’t something he got into because he had a burning desire to do so, but he’s now fallen in love with the craft.

“It really humbled me, the whole experience [of training to become a hairdresser]. I learnt how to listen in a way.

“When someone comes in for a haircut you do give trust to that person behind you, and you lean in, and we end up hearing about people’s lives in all kinds of ways.”

He'd been working at a London salon in 2015, when he got talking to a homeless man, he remembered he still had his scissors in his bag.

“It was this guy whose hair had grown out and his beard was a bit longer and I offered him a haircut.

“Honestly, that moment really changed everything for me. I spent the next hour cutting his hair and listening to his story.”

The man introduced Coombes to a friend of his on the street and it soon became something he was doing with his days and evenings off.

Soon word grew - and he was in demand. He got to know his clients well - and would post their stories and photos of them to Instagram with the hashtag 'Do Something for Nothing'. 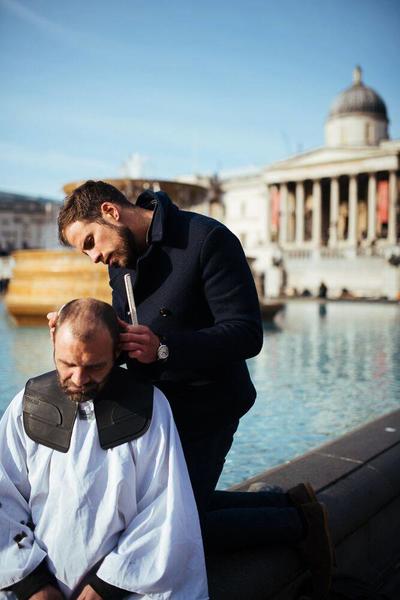 Joshua in London. Do Something for Nothing. 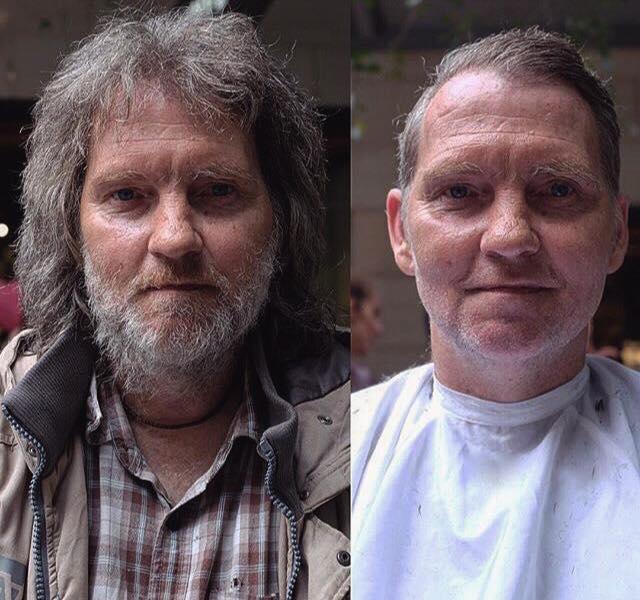 Dave from Sydney. Do Something for Nothing. 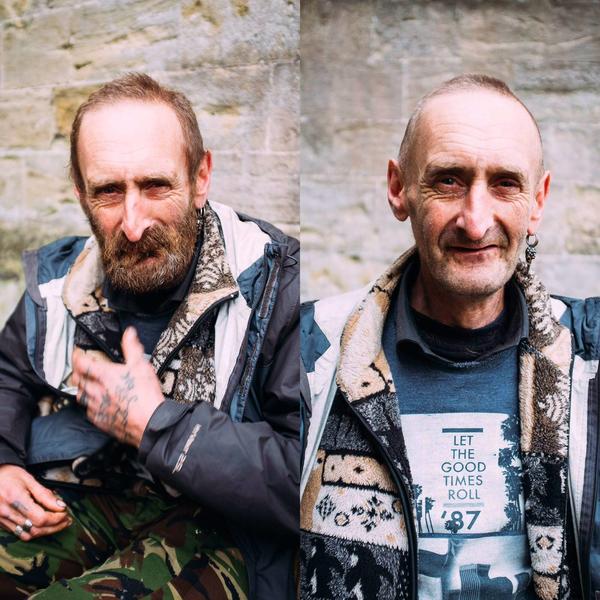 In Exeter, Do Something for Nothing. 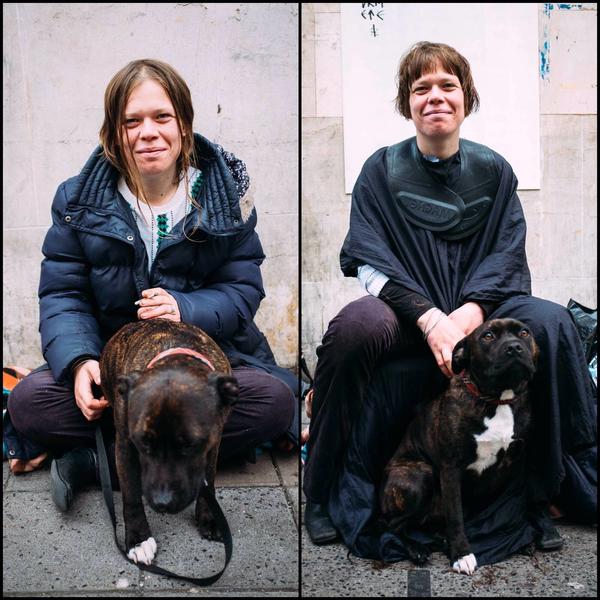 In Bath, Do Something for Nothing. 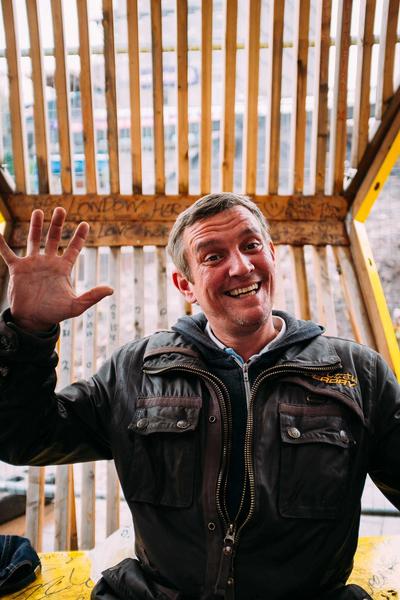 In Bristol, Do Something for Nothing. 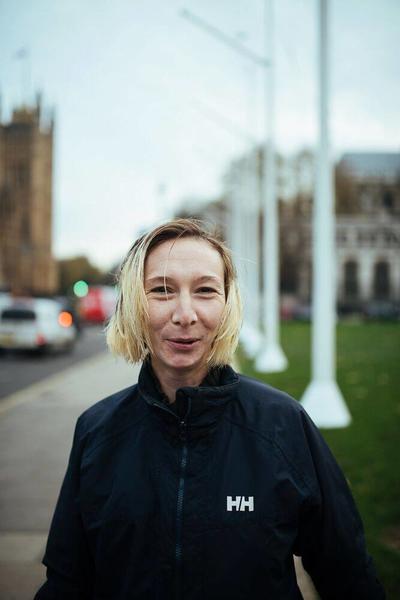 In London, Do Something for Nothing. 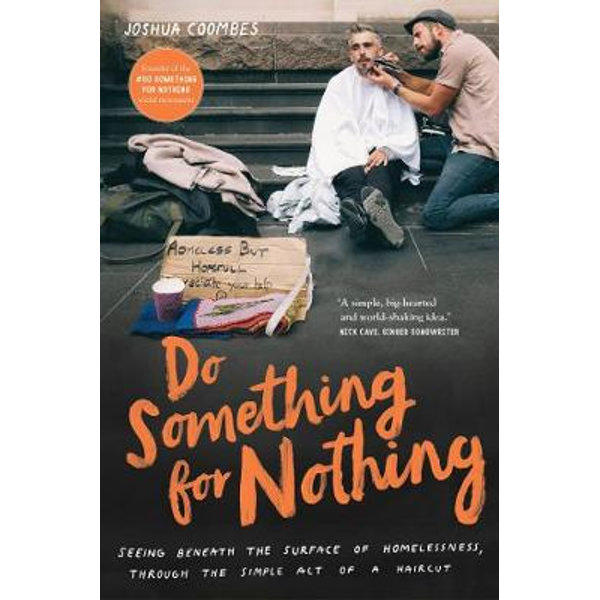 Within six months he left his job in a salon and the movement had taken off - people were volunteering their skills and time in cities around the world.

'Do Something for Nothing' has been featured in media outlets around the world and was portrayed in a The Story of US which was released on Netflix internationally.

“Within just a few weeks, I’d met people who were younger, older...it just dissolved all of these stigmas, sometimes the negative stigmas surrounding this issue and the reasons why people end up in this position,” Coombes says.

Treating someone with dignity and respect before you do anything is so important, he says.

“I used to worry about whether questions like ‘How are you?’ or smiling at someone would be OK because clearly that someone is in a different position so surely a question like how are you ... well I guess they’re not doing too good, and I was worried about me smiling and being all chipper...but it turns out those questions are more important than ever.”

Coombes has written about his experiences in his book - also called Do Something for Nothing. One story he shares is that of Cedric, in Paris.

“Cedric’s story was he had a job in a library part-time, he had a girlfriend, the relationship ended about the same time as the job, he ended up feeling depressed, there was a spiral there psychologically...I think we can all relate to the feelings when emotionally there’s some trauma and there’s some pain in our lives big or small.

“Cedric, he ended up getting depressed and losing the will and ended up on the street. When I met him, it was a moment he was trying to change and work out his next steps, I went back and saw him a few different times in Paris, and we formed a close relationship. The harsh reality of this was I got a phone call from a girl who used to check in on him for me...one winter he got pneumonia and he didn’t make it.”

He says that’s the harsh reality for those living on the streets.

Coombes used to have an idea in his head of what homelessness looked like - most of the time an old man with a bottle in his hand begging for change.

He says homelessness impacts so many different people and you need to sit down and have a conversation with someone experiencing homelessness in order to understand the nuances.

“On a small scale, day-to-day, when you’re having a bad day, you know exactly what it’s like when someone steps out of their way to smile at you or hold the door open or just do something small for you to make you feel that bit better. To allow for someone else's bad time, who you see struggling on the street, is to allow for your own.”