Turtles: one shell of a story: Louise Pryke

Turtles are among the most endangered groups of animals in the world, and the subject of fascination for author Louise Pryke.

Her latest book Turtles discovers their natural and cultural history.

Having shared the Earth with dinosaurs, turtles as a species are up to 250 million years old, Pryke tells Kathyrn Ryan

“It’s kind of a multi-generational activity to keep up with how long these turtles are living for.” 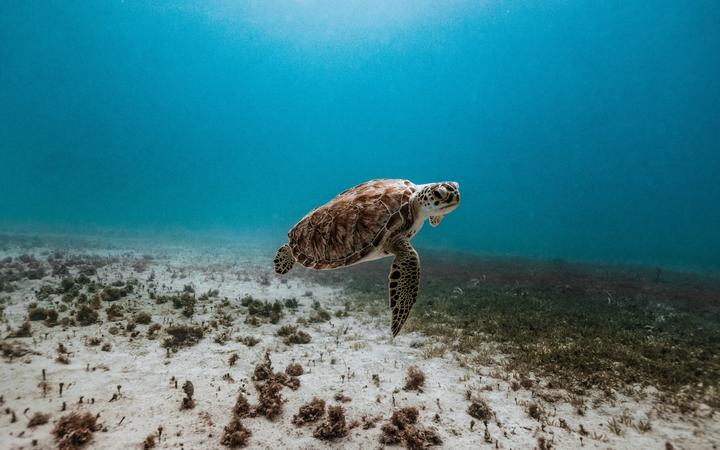 While turtles might live a long time, not many make it past the first few minutes of hatching.

“It’s a dangerous world when you’re a little turtle. I think the common percentage that’s given is one in a thousand hatchlings will actually make it to adulthood, so the odds are kind of stacked against them.”

In terms of conservation, that’s a problem, she says.

“If you want to keep turtles around you end up having to invest a lot in getting those hatchlings out there.

“What’s really interesting though is that the turtles have really come around with some interesting ways of trying to beat the odds and so we see that mother turtles sometimes try to create false nests – you think they’d be exhausted after crawling up the beach and so forth but they’ll create a false nest and try to hide their young away from predators.”

All animals that have a bony shell and a backbone can be called a turtle, Pryke says.

Their shell is a multi-functional accessory that provides more than just protection - it’s a living part of the turtle, with its own blood supply.

“They can also store minerals in their shell that they can use like mothers, when they need to draw out extra calcium to build some eggshells for their young.”

“They think that they might have actually evolved these shells for borrowing purposes way back in the prehistoric turtle eras.”

In one case, a turtle shell falling from the sky even caused someone’s death after an eagle dropped a turtle it had taken as prey.

“Beware the turtle with an accomplice,” she says.

Antarctica is the only place on Earth turtles haven’t existed, in fact Pryke says they are seen as wise in some cultures, as warriors in others.

Indigenous representations of turtles are ahead of the game in understanding the biological reality that science is only just catching up with, Pryke says.

“If you look for example in Australia, we’ve learned that most turtles lay their eggs on land except for one species which modern science only discovered in about 1984, but first nations cultures have known about for thousands of years.”

In ancient Mesopotamia, turtles were seen as oracles. “There’s this connection between wisdom and them being able to predict fate.”

Turtles are considered magical in many cultures, she says, including in ancient Eygpt where they were known as ‘the mysterious one’.

“The ancient Egyptians are one of the few cultures that don’t seem to necessarily view turtles positively, however they do view them as powerful. They’re able to harness this power in their magic wands which are kind of these ancient rods that a sorcerer would hold in their left hands while they were making incantations and so forth.”

“Right on the tip of those wands we see turtles which are there to protect from any kind of dangerous counter magic that might be coming their way.”

There were pretty ferocious turtles in Eygpt at the time, she says.

Turtles even have a history in the military.

In Korean military history there’s even a turtle ship, which was designed to have a turtle tail in the back, Pryke says.

She says the world’s first submarine used in a military maneuver was called The American Turtle and was used in 1775 in the American Revolutionary War. It was big enough for only one person, it was built of timber and tar and needed to be hand cranked.

“The idea of the American Turtle is that underwater it would sneak up on the British fleet, fix mines for them and then escape.”