The need to belong is hardwired into each of us and successful team leaders need to foster that, says UK-based performance coach Owen Eastwood (Ngāi Tahu).

Owen is currently working with the English football and British Olympic teams and has previously with the South African Cricket Team, the Royal Ballet School and the New Zealand Warriors. 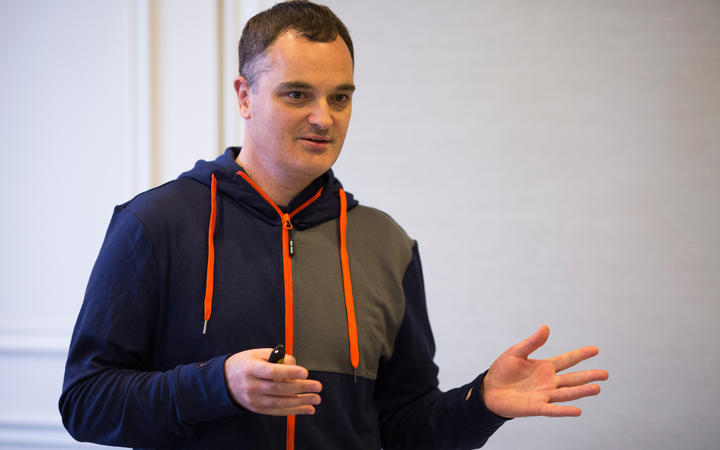 Owen tells Kathryn Ryan his strength as a coach seems to be an ability to cut to the chase and have honest conversations.

"Management speak" and "business speak" prevail in today's sports coaching and tend to over complicate the idea of team culture, Owen says.

Our ancestors had a way better understanding of teamwork than we do now.

"For 99 percent of human history we were hunter-gatherers and [people] had to feed the village and they only had each other. They had to organise each other, they had to create relationships of trust, they had to be really clear on what they were doing, they had to make sure they had the skills to achieve it, and they were really honed in on that. They also understood what made teams weak and avoided those things."

Some highly-regarded sports coaches are obsessed with tactics and selection but don't put enough emphasis on how to get the best out of people once they've brought the team together, Owen says.

His own approach to coaching is centred on the universal human need to feel a sense of belonging.

To create this within a team, Owen borrows from New Zealand culture the "incredibly powerful idea" of whakapapa (a genealogical thread).

"Constantly people who exhibit talent are told they're amazing, they're great, they are given celebrity status, they're given lots of money… so everything is telling them 'you are important, it's all about you' and we know if we want to get the best out of a team that is potentially dangerous for us.

"In order to harness the energy of a team you want to flatten the hierarchy as much as you can and avoid a dictatorial way of doing things."

Owen sees a direct connection between the loss of his father at five and the coaching work he does now.

"[My father's death] was obviously very traumatic for [all three of his children]. I suppose we all had different ways of coping with it… from a very early stage I was very reflective of the fact that he was part-Māori and part-English and I felt like connecting with those cultures would connect me to him."

At 12,  wrote a letter to the then-Ngāi Tahu Trust Board asking for information about his father's Māori heritage.

"With the work I do now, I try and give people a sense of belonging when they're part of something special."