Mark Watson - Bikepacking the length of the Americas

Photographer Mark Watson and his partner Hana Black were two months out from completing a four-year 46,000km transcontinental bike trip from Alaska all the way to Patagonia when the Covid-19 pandemic cut their trip short.

Mark is now back in New Zealand, whiling away the time until he can return to South America. 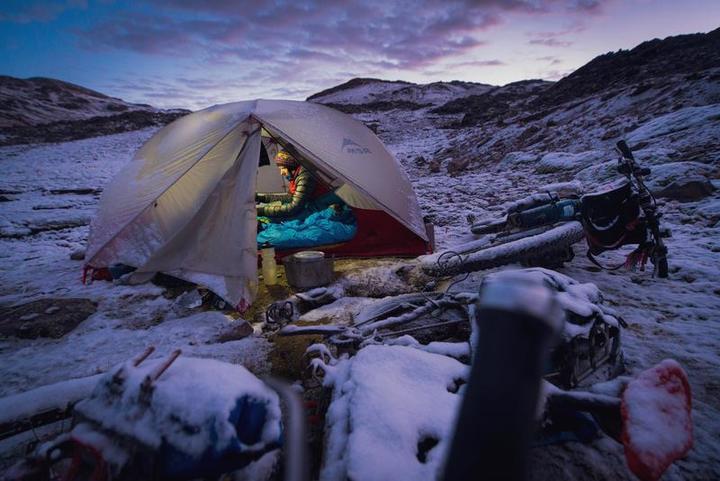 Mark and Hana's bike journey began in Deadhorse, Alaska, he tells Kathryn Ryan, and followed the American Cordillera - the mountainous spine of the continent.

"The day we started the Beaufort Sea was still frozen, about minus-three. And then we cycled down through Alaska, Canada, United States and to Mexico right down through Central America, linking together the main ranges which form those divides.

"The route that we devised was unique in that it generally stayed in the mountains, or proximate to the mountains, providing us with quite a unique and particularly remote experience."

Travelling the road less travelled does present challenges, he concedes.

"Sometimes that worked out really well, sometimes it didn't. Sometimes we ended up pushing our bikes for a day or two or three over mountain passes, following old roads.

"And then sometimes it would lead to just some remarkably good single-track riding or gravel and dirt roads in absolutely stunning places." 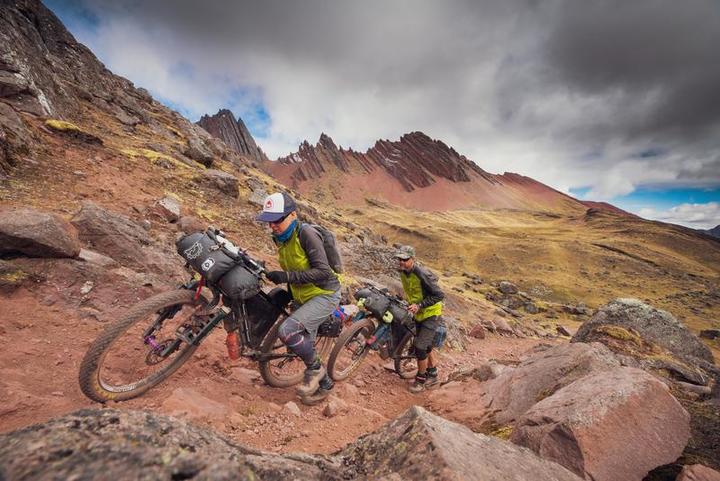 Some of the people Mark and Hana encountered on their journey had rarely glimpsed visitors, he says.

"We met people, probably starting in Mexico, who actually said to us 'thank you for coming, thanks for visiting our village, you're the first gringos to come here'. And that was always quite flattering and quite surprising, really."

In Mexico, Guatemala and elsewhere in South America, the couple often came upon places that weren't on the map.

"We'd be riding along thinking we weren't going to see a village for resupply for another two days, and then next thing you know you start to see a few huts and dwellings and you're in the little plaza or in the middle of a village you'd never heard of in Latin America." 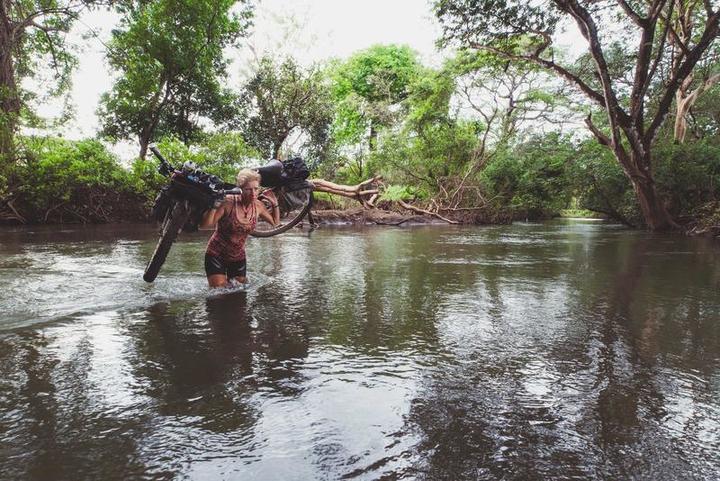 Generally, the welcome was warm.

"Guatemala was a little more standoffish, I suppose, as an example. But then some countries were very, very friendly. Colombia, in particular, was very friendly.

"Overall our experiences with local people right through the journey, and including the United States, and then the less developed countries, people were kind and helpful and interested in what we were doing."

Accommodation on the journey was a mix of camping styles, and in Latin America more a case of turning up in a town and asking for help, Watson says. 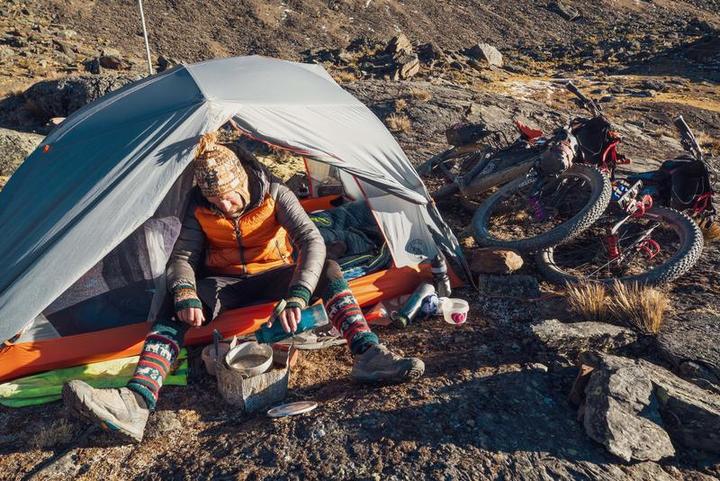 "Through Alaska, Canada and the United States we were camping most of the time, because it's easy to camp, basically.

"But then once we got into Mexico and Central America, we were a little bit more concerned about security, particularly the countries we hadn't visited before.

Mark and Hana's "modus operandi" on the trip was to travel between villages and experience as much local culture as possible.

"Having been outdoors people our whole lives and camped a lot, camping is nothing special for us, whereas those interactions and that cultural experience is really special.

"Sometimes we would arrive in a village and there'd be no formal accommodation there, so we would just go and ask and sometimes that would mean asking the local council or the head of the village and explaining our situation and asking if someone could put us up, and sometimes that meant pitching the tent on a porch outside a shop or sleeping in a classroom at a school something like that. 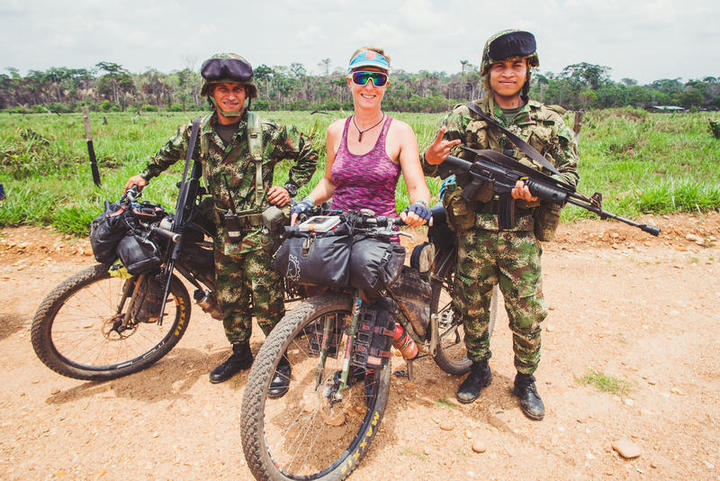 "That approach forced us to use our Spanish, forced us to interact with locals and really deepened and broadened the experience."

The couple aren't strangers to self-propelled, epic journeys, having travelled extensively by bike in New Zealand, China and South-East Asia over the years.

At the end of their previous trip - from China all the way to Sumatra - the couple realised they were hungry for more adventure.

"We came back home, worked really hard for four years and saved the money up and decided to basically shut down life here back in New Zealand.

"We sold our home, put everything that we wanted to hang on to a shipping container and put it on a friend's farm, reinvested the money from the home in some property and had a cash surplus from that which helped pay for this journey in the Americas." 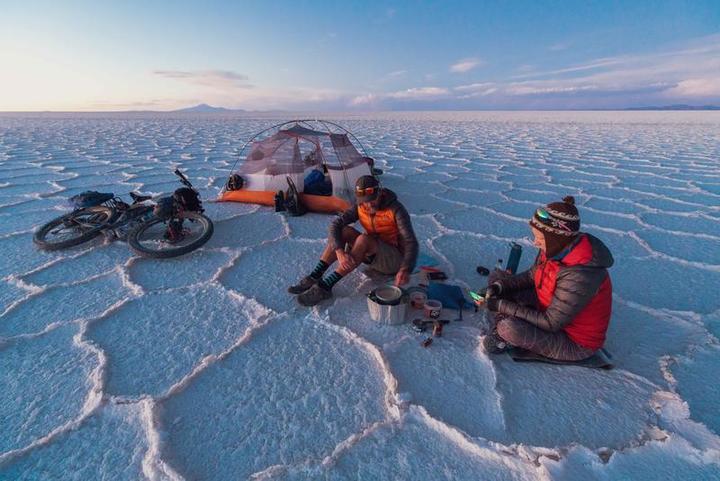 That particular journey appealed to Mark and Hana because of its variety, he says.

"The Americas trip provided a great opportunity for that because it traverses such a huge range of terrain and climates starting from the Arctic spending a long time in the tropics, and then finishing just about in the sub-Antarctic."

There were moments on the journey that really tested the couple's limits, Watson says.

"One example would be in Ecuador, we ended up in a situation where we were trying to reach a unique high-altitude region called Paramo where a particular type of plants grow. 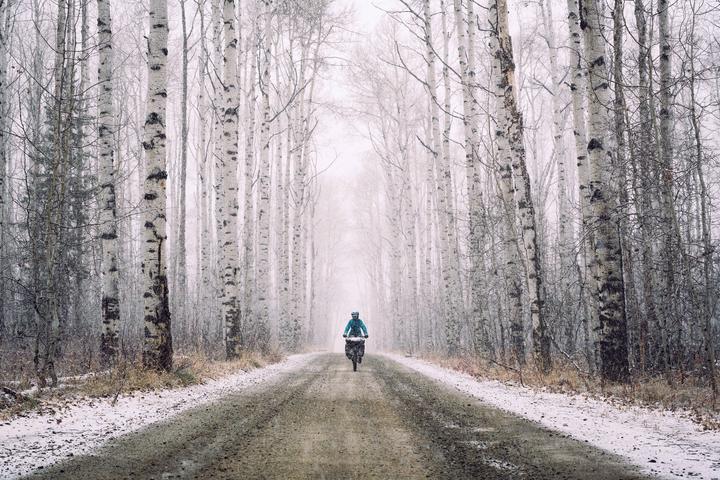 "It's a little bit similar to the sub-alpine environment of New Zealand, and it was an area we wanted to go and check out and we ended up on this ancient Inca path called a Qhapaq Nan and ended up pushing our bikes for 10 hours up the steep, muddy track, covering only about 4 or 500 vertical meters, seven kilometres, something like that.

"And that was the first time we'd ever been in a situation where we had had to physically push and manhandle our bikes uphill for so long." 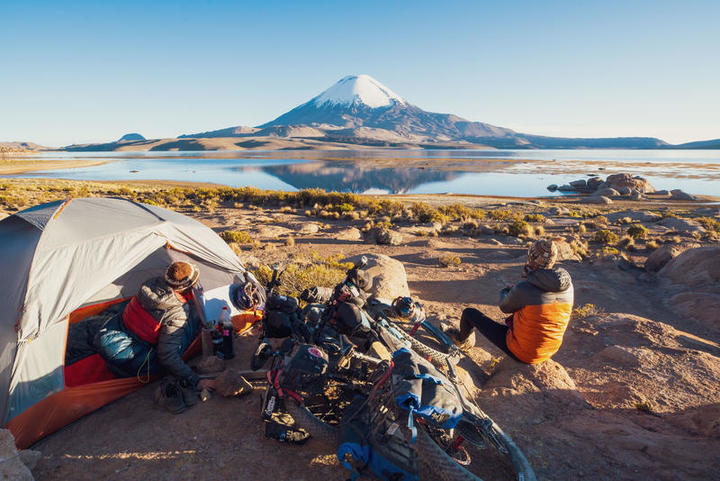 The experience emboldened them, he says.

"We came away from it thinking, well, you know, actually on reflection, that wasn't so bad."

Mark characterises this type of fun as "Type 2".

"Type 1 one fun is definitely fun. Type 2 fun It's kind of fun later - once you've actually digested it a little bit."

Among numerous cultural highlights on the journey, visiting the traditional societies of Guatemala and Peru was a stand-out, he says.

The landscapes of Mexico's Baja peninsula were also very special to behold, he says.

"There's some really unique ecosystems there - a mixture of arid desert with a bit of influence from the Pacific coast and then very, very dry on the Sea of Cortez side becoming continually tropical as you move further south."

The Atacama Desert [in Chile] proved to be a photographer's dream, Watson says.

"That's a high-altitude desertic region that's created by volcanoes. So, you're basically riding through volcanic ash, surrounded by volcanic cones, and the landscape is these amazing sort of grey, orange, red and yellow huge bands through the landscape and it's otherworldly, some people compare it to being on Mars and it certainly felt like that at times."

Early last year, Mark and Hana's journey came to an abrupt halt when they had to come home to New Zealand to see out the Covid pandemic. At the time, they had two-month of the journey to southern Patagonia still to complete.

"Ultimately, we'll get back there, finish it off properly, get those amazing Southern Patagonian mountains in the book and a better ending to the story than having to cut it short."

Mark Watson will be a keynote speaker at the Mountain Film Festival in Wanaka later this month. 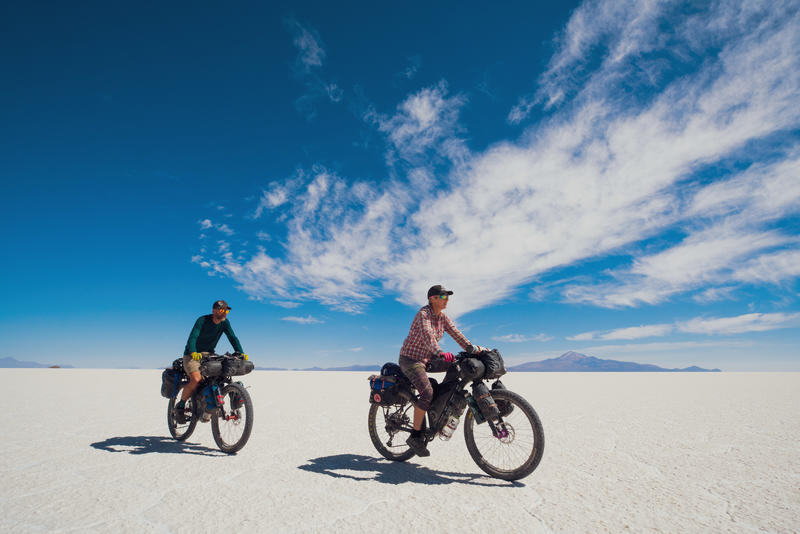 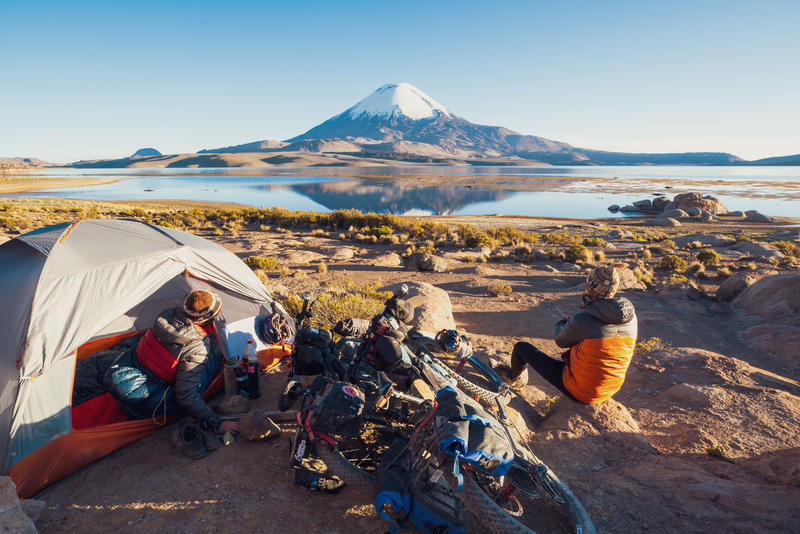 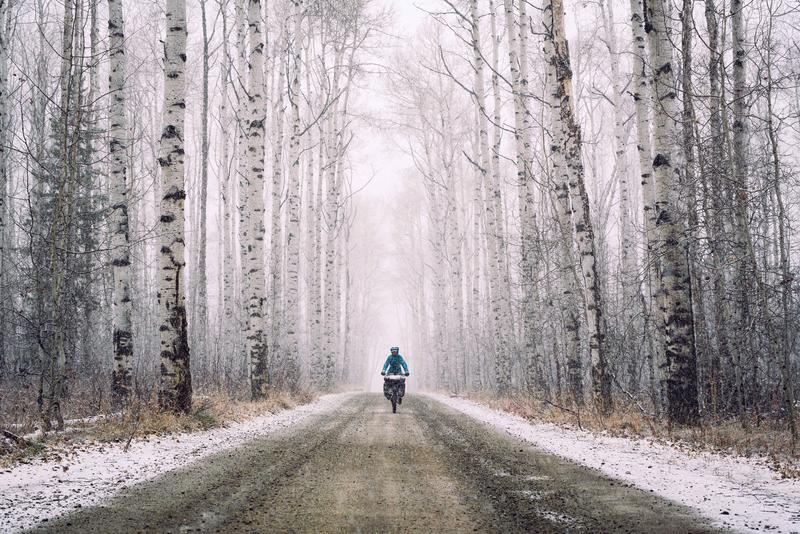 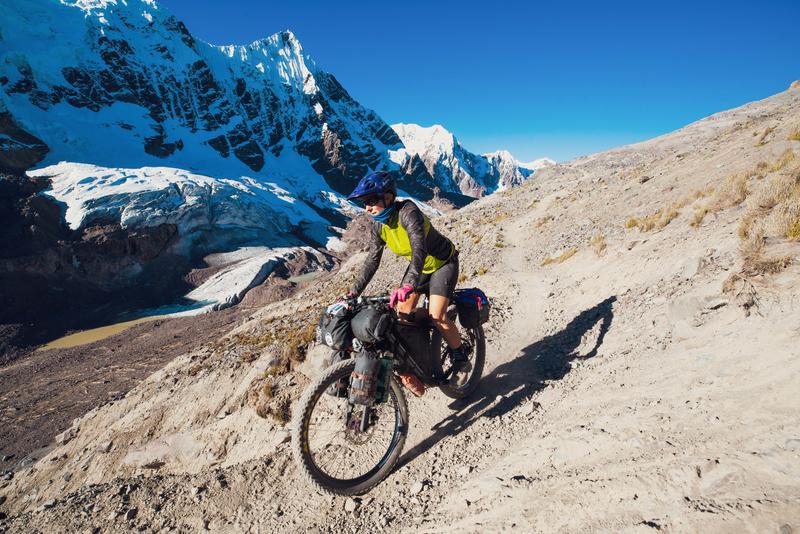 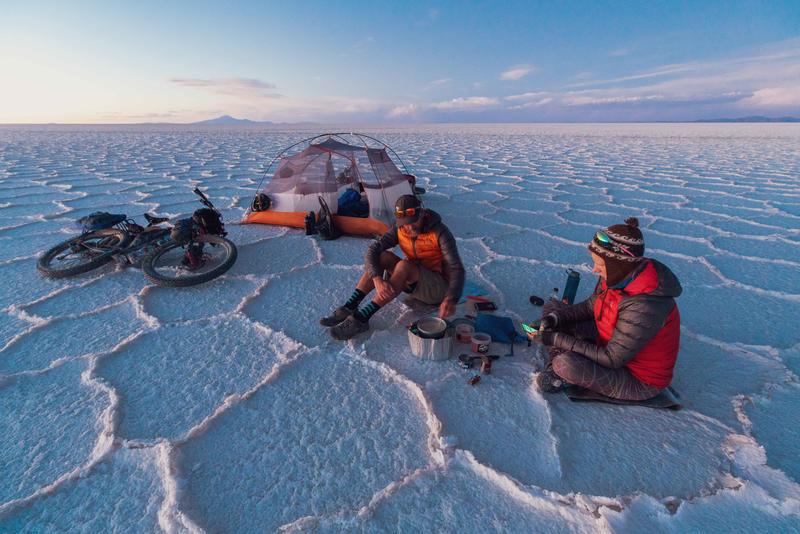 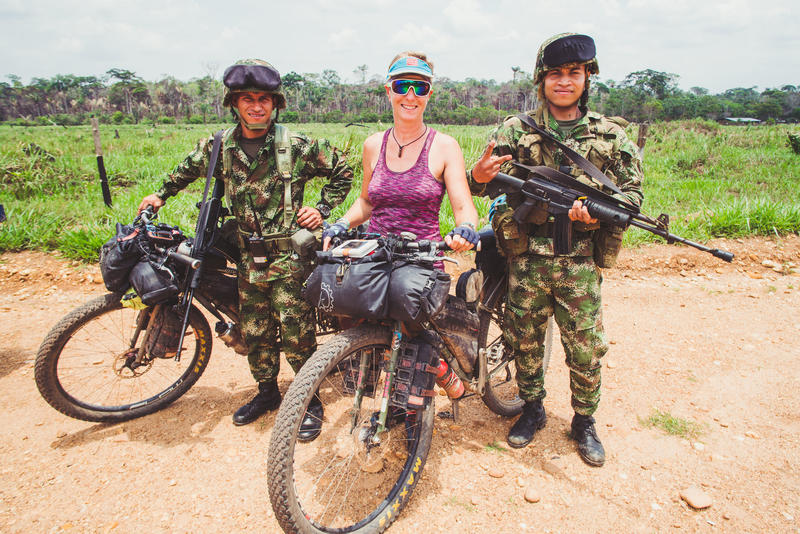 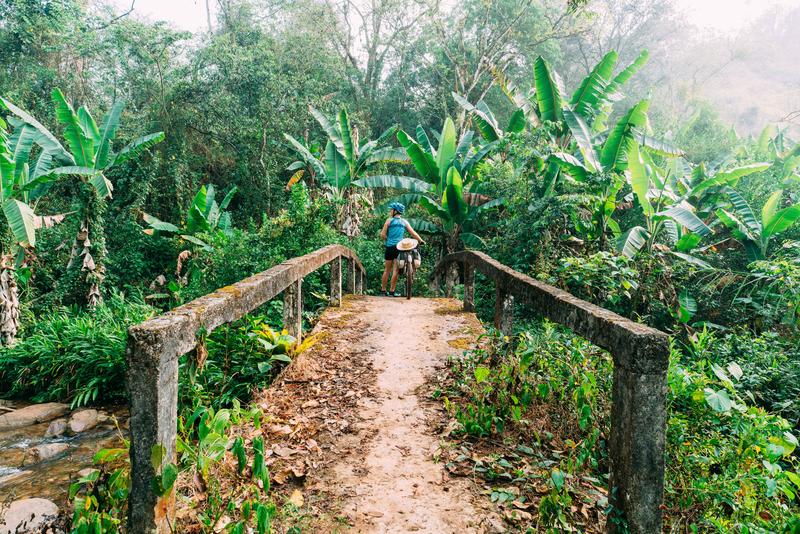 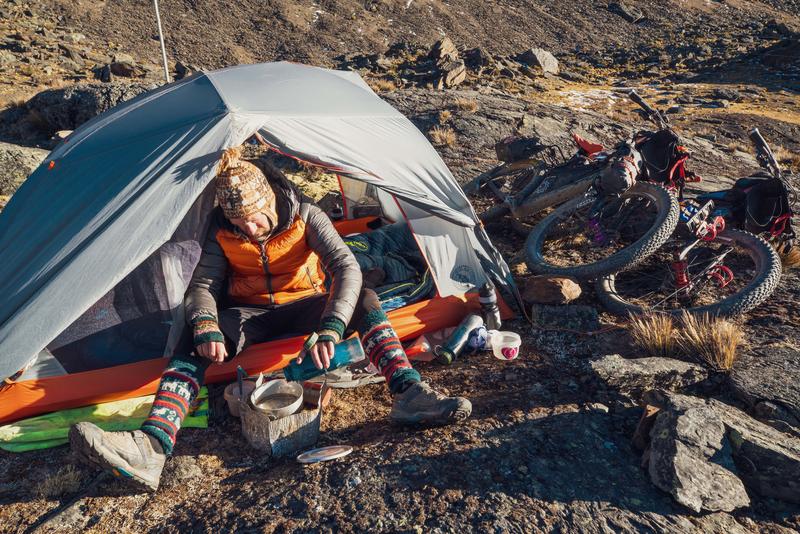 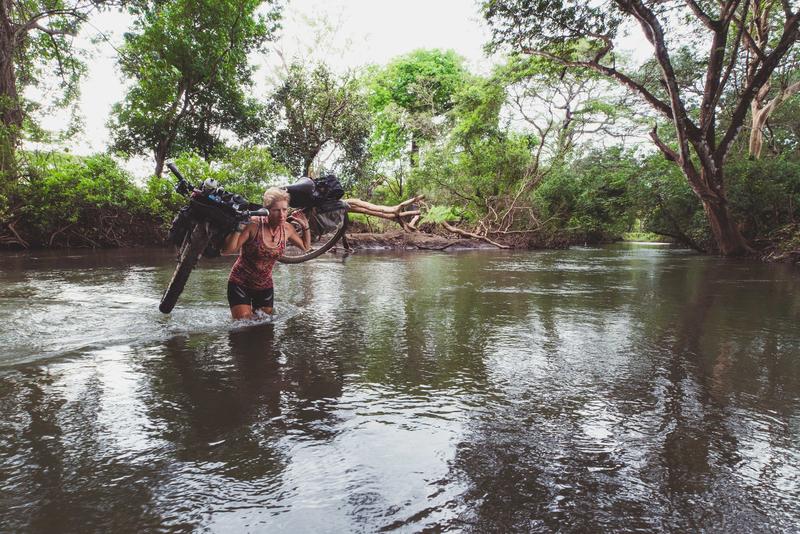 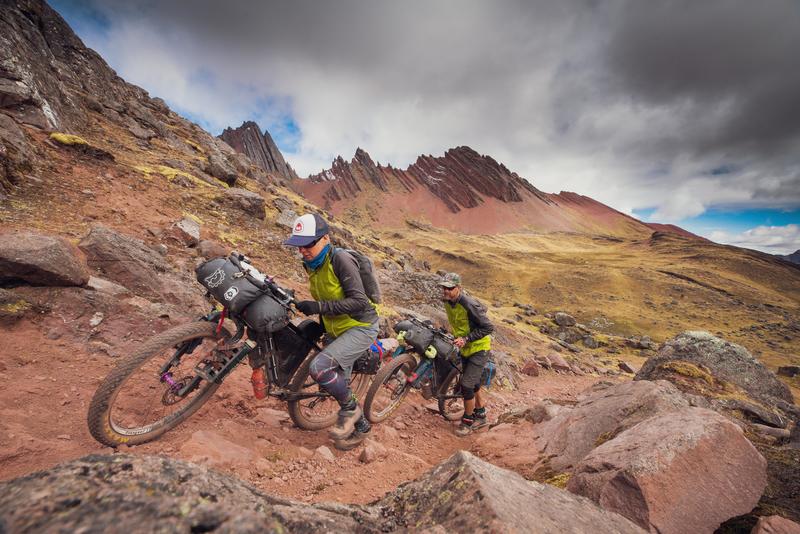 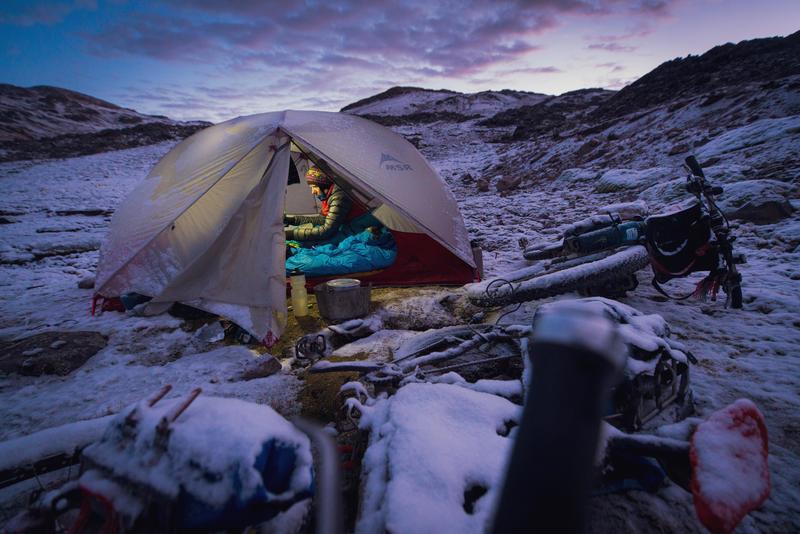