Beau Miles and his homespun adventures

Australian Beau Miles spent years adventuring around the globe including kayaking 2,000 km around the southern tip of Africa and running 650 km through the Australian Alps, making films.

From rural Victoria, he is an award-winning film-maker and a self-described "oddball" who hates being bored.

Miles's YouTube channel is devoted to those challenges: from sleeping in a giant century-old gum tree outside his home to walking 90km to work without any provisions.

The films are funny, quirky, warm-hearted and uplifting and Miles has just published a book - it's called The Backyard Adventurer. 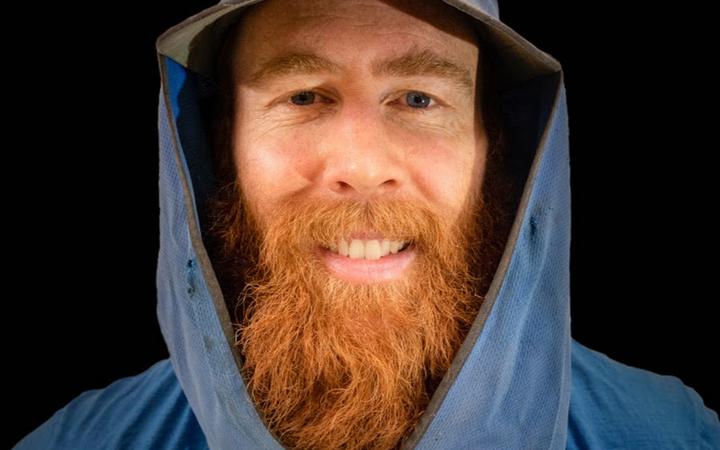 The book opens with an epic kayaking journey around the Cape of Good Hope - 2000km alone, wet, sore, tired and sometimes afraid.

"It was very much that phase of life, from 20-30 I was very much under the illusion and inspired by all the books I'd read my whole life about grand adventuring and how long sufferance and time, months at a time, sort of made an expedition."

But out at sea off the coast of Mozambique, Miles had a near-death experience.

"Big wave, five, six kilometres offshore reared up out of nowhere and scared me half to death and I got over, just. I shook in my boots, I was scared, scared, petrified. It was a horrible feeling and a really close call too.

"I've shifted things very much from that point on."

There's actually very little fun in expeditions, he says, despite how rewarding they may be in many ways.

Miles still pursues challenges but says he felt like he was losing part of his personality, he now aims to take himself less seriously.

"I've switched from the young 20-year-old Miles and trying to cross the world in various ways and now I want to do it in sort of a micro form where I can be home for dinner,' he says.

"I've never been bored as an adult; I just don't know how to be bored."

He's also fairly optimistic but with all the doom and gloom in the world, he says, sometimes you've just got to will yourself into doing something.

"I tend to look for the positives because sometimes life is horrible."

In the last few years, he's settled down a bit, marrying Helen, and becoming dad to baby May. Miles met Helen online when he was in his mid-thirties.

"I went online, which was a bit of a surprise, within a week I thought wow, this is incredible...it really is like going into a bar, but you know everyone's name, you know if they vote left or right, or want kids or they don't or want to date or they don't."

Life was all very cliché and abstract until May came along, Miles says.

When May came along, that dynamic changed entirely.

"Adventurers have a very selfish personality type, or at least they can be quite self-driven and self-motivated and heck, narcissistic sometimes and it's nice to be reminded that May's now here and my life force is being put into her."

Miles's family live almost an hour and a half out of Melbourne in the dairy belt.

Low cost is key to adventuring for Miles, he recently spent the night in a giant gum tree on his property, sleeping on planks 10 metres up.

"The idea came from looking up at those trees during a storm once and I thought wow wouldn't it be fascinating to strap yourself into a tree during a massive storm and hang on and see what happens.

"I got rid of the whole storm factor when I told Helen about that and just made it on a nice day instead, a nice autumn day."

You don't have to do much to see things differently, he says.

"I'd never seen the view from my property like spending the night up a tree, everything just looked different, the town, the paddock, the house. You feel the tree the entire time swaying like a boat. It was really fascinating."