The shortest day is in sight and the first cold snap has hit, but the good news is with winter fast approaching we can get stuck into some good hearty cooking. 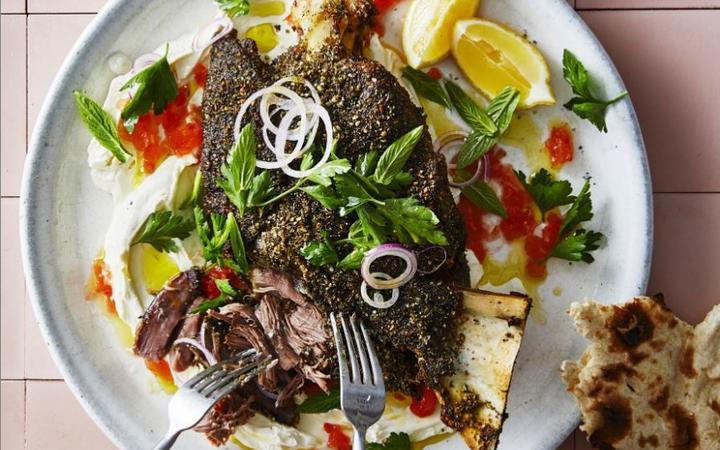 Schofield’s always been obsessed with things that take a long time to cook.

“I always associate cooking with comfort so the idea of having a big pot of delicious food gently bubbling away on a stove top is what gets me really excited about food,' she told Kathryn Ryan.

In winter, the thought of stews and slow cooked meat reminds her of her mum, who is French.

“A lot of French cooking is based on slow cooking, lots of sauces, think of beef bourguignon and all those delicious stews.”

Cooking slowly is cost effective, often using secondary cuts of meat, she says. It doesn’t have to be a heavy red meat though.

“I really made a point to modernise the look of slow cooking. I also made sure I have a huge vegetable section because slow cooking vegetables doesn’t have to be soft and gloopy.

“Take for example a cottage pie, where you’d usually use lamb, instead of that using big vegetables that are sort of meaty vegetables like eggplant, mushroom and really heroing that.”

Check out a few of Justine Schofield's slow cooker recipes to get you started:

You can buy a range of slow cookers nowadays, Schofield says, but even if you don’t have one on hand you can slow cook in a heavy based casserole dish. All of the recipes can also be made in a pressure cooker, she says.

It’s the consistency of heat that makes a slow cooker so great, she says.

But, she says, “Every slow cooker is going to different so it is going to be really important to look at the manufacture guide.”

People tend to get one thing wrong with slow cooking – not searing their meat or vegetables off first, Schofield says. By searing the ingredients you seal in the flavour.

“Yes, it is one more step but the results are far greater than just popping it all into the slow cooker because it’s going to become quite watery and flavourless if you do that.”

She says season at the beginning but don’t overdo it, you can always add more at the end - and know if your stock has added salt.

If you’re a fan of seafood, octopus is one cut that works really well slow cooked, she says.

“Octopus is probably one of my favourite things to cook slowly because it does become really really tender.”