Danna Staaf: champion of the cephalopods

They’re the inspiration for creatures of the science fiction world and have survived more than one mass-extinction event. The cephalopod, in particular octopus and squid, are intelligent, gentle and vital to the oceans but often overlooked, says marine biologist Danna Staaf.

In her new book Monarchs of the Sea: The Extraordinary 500-Million-Year History of Cephalopods, Staaf explores these otherworldly creatures once ruled the deep. 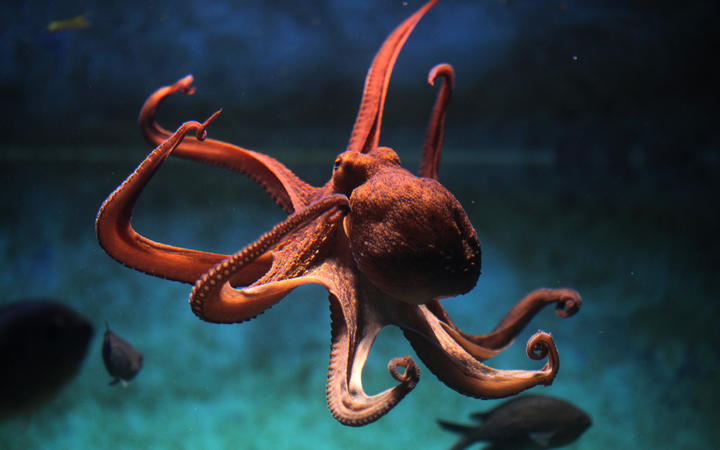 What is a cephalopod? Staaf says the word itself means head-foot.

“They’re named that because of the orientation of their body, where their feet, or really all of their limbs, are attached directly to their head.”

They are known to have no bones, are squishy and can change colour or shape.

People often think the big sack of body on the octopus is their head, but Staaf says that is actually their body. The head is only the small part the legs are attached to, where the eyes are.

Their arms and skin are full of nerves, she says. “It’s kind of a trip to even think about what it might be like.”

Cephalopods are part of a large group of animals called mollusks – animals with soft bodies and no spine. The difference is the other animals have shells to protect themselves.

“It used to be a cephalopod thing as well, their origins deep in the 500-year-old mists of time were as animals with shells. Their whole evolutionary story is the story of how the octopus lost its shell.”

The first cephalopods evolved in a world not only before dinosaurs but before there was any animals, or insects, on land, Staff says.

She says the first cephalopods were small and able to crawl on the ocean floor. They eventually evolved so they could fill their shells with gas, lifting them off the seafloor and allowing them to get really big – some up to nine meters long.

When animals with backbones came along, they could swim a lot faster than cephalopods and had jaws that could break through shells. “That was kind of the beginning of the end for the shelled cephalopod.”

Those loss of their shell allowed octopus to squeeze into any crevasse, Staaf says, and there seemed to be several steps to get them to that point.

Cephalopod ink is used as a predator avoidance mechanism.

“It can be a smoke screen, a diffused cloud of ink that a predator that relies on vision can’t see through. It’s also chemically irritating, almost like pepper spray for an octopus...also they can mix it with a bit of mucus to give it a bit more structure and then it produces something...which is basically a decoy.” 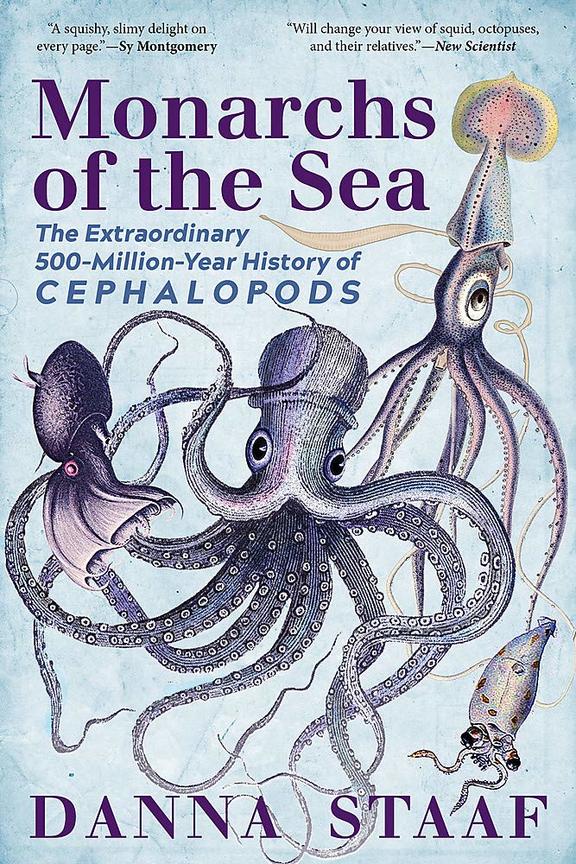 Squid have fins to stabilise and gain speed by jet propulsion. “It’s such a cool thing and really quite uncommon in the animal kingdom,” Staaf says.

“They fill up the body, in this case it’s the mantel squishy part that isn’t the head, they fill it up with water and then they squeeze all of it out a very narrow opening called a siphon and that jet of water propels them in the other direction.”

It’s like a jet engine in an aeroplane, she says.

Staff says the role of a Cephalopod is to eat and be eaten, they’re in the middle of the food chain and eat whatever they can catch. It also means whatever can catch them will eat them.

“That means that they can really integrate a lot of material from all over the ecosystem into their own bodies as they’re growing – and they grow super-fast.

“Most cephalopods only live a year or less.”

Staaf thinks a lot of people are drawn to octopus because they’re both super familiar and very alien.

“We look at it and it has eyes that are very similar to ours, that are looking around and taking in the world in pictures and images very similar to what we would see. It has arms that can grab things and grasp and pick up like our little fingers.”