Confessions of a District Court Judge

Rosemary Riddell is a retired District and Family Court judge whose new book To be Fair provides a rare insight into life on the bench.

Riddell says she wrote the book in part to show that judges are not high and mighty or unreachable, but ordinary people doing a demanding and difficult job. 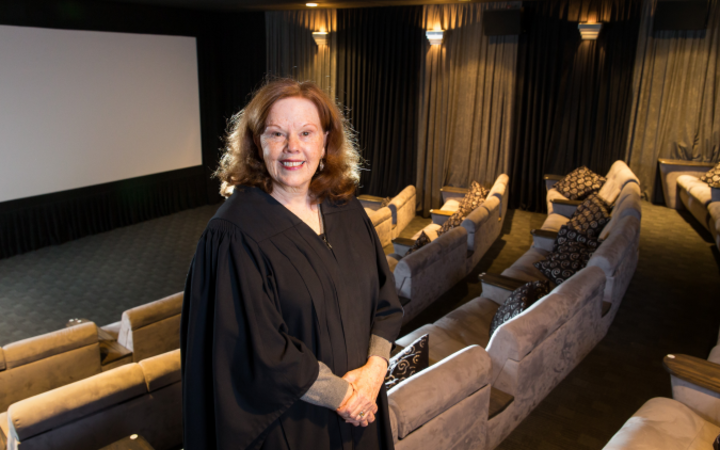 Riddell was 40 when she qualified as a lawyer - juggling her studies while raising three young children with her husband, Mike.

Law was something she came to love although the court can be a terrifying place for a new lawyer, she says.

"Those first few years are really, really tough. You realise that all that intellectual stuff you learnt at law school only partly translates to the practical reality of being a lawyer and standing on your feet and knowing how to advocate for your client, knowing the law and so forth. That takes a long time to learn that craft."

After seven years in a criminal and family law firm, Riddell made partner. She then served 12 years full time as a judge.

To become a judge you file an application with referees in the same way you would with any job, she says. Then you're advised whether you have an interview.

"Mine was only slightly different in that the chief judge rang me one day. My first thought was I must have done something terrible, I'm in trouble here, and he said 'When are you going to put your name forward Rosemary'."

It was something she had never thought but after weighing up all of the reasons for and against it, she put herself forward.

Once you've been confirmed as getting the position you can't go back into court from that day, she says.

"You're sworn in one day and then you go back to court the next day where you sit in chambers and start to see life from the other side."

It was terrifying, Riddell says.

From that very first day she made a conscious decision that she wouldn't be a grumpy judge that rolled their eyes, flicked their pen or looked as if they were nodding off - as she had seen other judges do.

"I think respect was for me the key thing that I embarked on my career with the knowledge in my hand that I wanted to be a person who respected whoever came before me."

Sometimes there are funny moments in court, but often there are very sad moments, she says.

"People who come into the family court are almost always there because of some stressful situation, their relationship has broken up, they're having a tussle over the children, a child's been removed from their care, they're challenging a will, they're always painful and difficult situations."

Respecting and acknowledging people are at a point of real pain in their lives is incredibly important, she says.

"People whose lives had taken a sad turn, whether in the family court or in the criminal jurisdiction and you can see where they were going. Sending a young man to prison for the first time, that weighs very heavy on the heart."

Riddell remembers in court one day when a woman who had lost her child said 'Judge, you don't know what it's like'.

"I nearly took off my gown and got down from the bench and went and hugged her and said 'I do know what it's like'."

In To Be Fair Riddell is candid about tragedies in her own family, including the death of her daughter Polly.

Riddell says she thought long and hard whether to include it in the book.

"But even when Polly was alive, and with her permission, I used to speak to groups because she was a very articulate young woman who had worked, who owned her own home but who struggled for so many years with drug addiction, she was on the methadone programme.

"And after she died unexpectedly two years ago, I wanted to put that in the book because it's part of saying 'Hey, I'm human too'."