The impact soil has on everything

Kiwi agroecologist Nicole Masters specialises in land regeneration, she is now based in Montana where she helps farmers and ranchers restore their soil.

Masters is the founder of Integrity Soils, a company specialising in regenerative agriculture that has clients all over the world. She's published a new book For the Love of Soil. 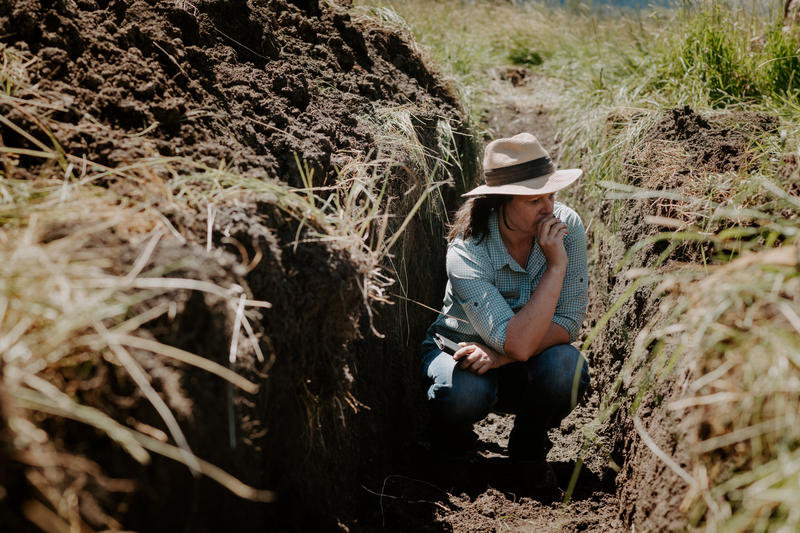 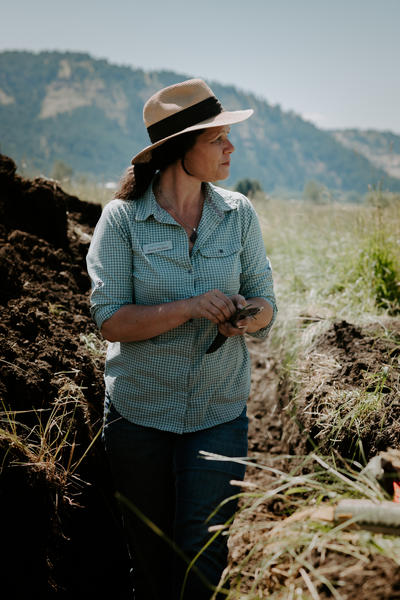 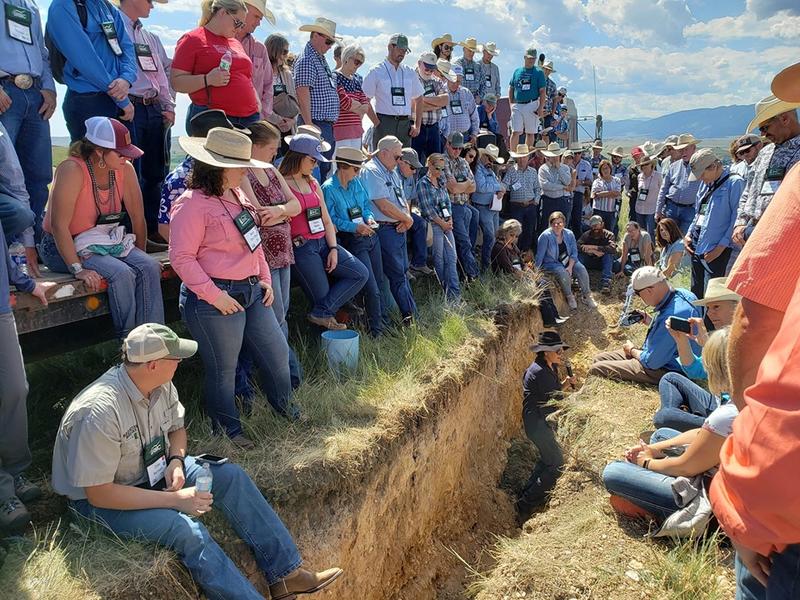 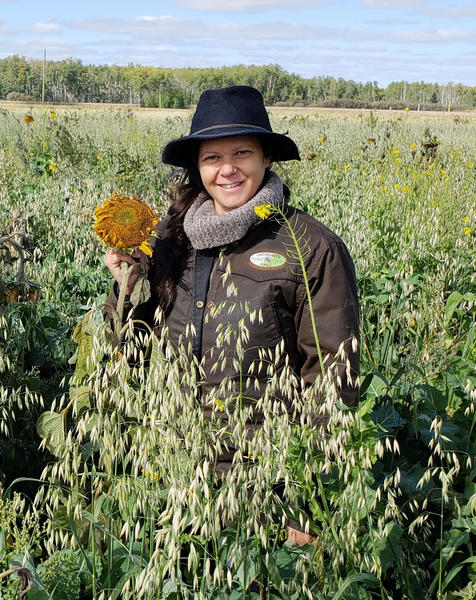 Nicole in a sunflower crop

“I got invited to speak at a conference that had like 700 cowboys and ranchers at it and I remember walking down these stairs, and there's all these people with cowboy hats on and they take their hats off, and they go ‘howdy ma'am.’ And I was like, you people are real!

“I had this whole sensation, coming from New Zealand and reading a lot of Louis L'Amour and those kind of cowboy books and to be here in the States where that lifestyle is really lived and breathed has been an amazing journey.”

Her own journey into soil microbiology started when she was studying the ecology of great white sharks at Otago - cell biology and plant physiology were part of the ecology course, she says.

“It was in the third year that I discovered soil and a light bulb just went off … everything comes back to soil and if we can connect more deeply with soil then so many of the planet's issues become resolved.

“If you're interested in climate change or water quality or nutrient density or human health or animal health. It all comes back to soil and so a light turned on that has never dulled.”

Now she is a long way from her native New Zealand working in semi-arid, open landscapes, she says. The ranchers and farmers she works with are at the front of new thinking about farming.

“I probably live in this real naive bubble because I'm working with people that are really extraordinary thinkers themselves and working in landscapes where they are asking those questions of how is it I can align with nature more? How is it I can profitably reduce inputs and improve what's happening with landscape function?

“And I think that's probably why I'm here in the States, because they're up against the edge of that more in terms of if we don't look after soil health, there will be no agriculture in many of these areas.”

Many areas of Montana are severely degraded, she says.

“What happened was just bringing in huge numbers of livestock, or cultivating countryside that should have never been cultivated, so areas that were very prone to blowing away - and we saw that obviously with the Dust Bowl. There's still properties that haven't recovered from events that happened in the 1930s.”

Soil loss continues to be a huge problem in states such as Montana, she says.

“The dust storms this season have been horrific. And then you'll hear of pretty large flash flooding events that just wipe out crops due to what they think of as natural events.

“And actually, it's not a natural event, these are due to poor soil health.”

It is possible to turn these landscapes around, she says.

“We really look at how is it we can stimulate that living biomass that’s under the ground because it's actually microbiology that holds soils together, and specifically fungi.

“So, these guys will actually hold and stick the soil together so that it doesn't blow away or doesn't wash away. So, we look at how do we foster our underground workforce?”

Some of the methods that have seen benefits to soil health in the States involve diversity of planting and feeding microbiology, she says.

“Having other plant species, increasing your diversity in the understory. And actually, what's interesting, is seeing people might have wider spacings on their crops, they actually grow more yield or equivalent yields, even though they've got wider spacing.

“And then they have something growing underneath that they could feed livestock, or it could be another crop that they harvest for seed, for instance.

“So, we're seeing a lot of really amazing innovation.”

Animals have helped rejuvenate soil on some of the big ranches she consults for in the US, she says

“One way I think about it is it's almost like those hooves are massaging that soil back to life. And so you've got that massaging and then you've got the manure and the urine and in healthy ecosystems that’s stimulating all that microbiology and the earthworms and the dung beetles, and they're going to help open soil up so that the water will now penetrate.”

Soil compaction is a significant problem in New Zealand, she says.

“If you look at compaction in the New Zealand setting - 78 percent of New Zealand dairy farms are significantly compacted.

“And even though you've got livestock on there, it hasn't been beneficial because we're starting to collapse our soil system, and then it becomes a vicious, compounding downward cycle.”

Compaction is creating drought conditions in New Zealand where there should be nine, she says.

“We're creating soils that within two weeks you're in a drought, because they really only absorbing potentially 10 percent of the water that they could and then most of that water is then rushing off into our waterways.

“Soils should function like a sponge. And there's actually been some great research in New Zealand comparing regenerative to conventional, in terms those soils are just made up basically of air spaces, they have so much ability to hold on to water and then slowly release it through the system.”

New Zealand is also a heavy user of fertilisers, she says.

“We are the third highest user per hectare of fertiliser in the world.”

Some farmers are alarmed at caps on nitrogen use, she says.

“That fear of we're going to put a nitrogen cap on at 150 units - there’s dairy farmers around New Zealand that are using less than 10 units that are profitable, and that are really high output operations.”

“I think we need to start framing our success differently. Production isn't a frame of success, profitability is and so that's the angle that we're working on in terms of what is your profitability, actually, how many calories are you producing per hectare.

“They did some studies here in the States and found that the regenerative was 78 percent more profitable and produced significantly more calories per hectare than the conventional.”

Masters is currently living in Montana doing consultancy work and she is a speaker at the Boma NZ Agri Summit.