The role of play in early childhood development

The role play has in early childhood development and in particular, the prevention of behavioural and emotional difficulties is the focus of professor of play, Paul Ramchandan.

Ramchandani heads the Play in Education, Development and Learning Centre at Cambridge University and has looked at what impact parental play can have on young children.

Ramchandani says play can be hard to define but the United Nations convention on the rights of the child defines play as any behaviour that a child controls and does for themselves. The characteristics of which are fund, uncertainty, challenge and flexibility.

It’s doing things because it's rewarding rather than practical reasons, he says. 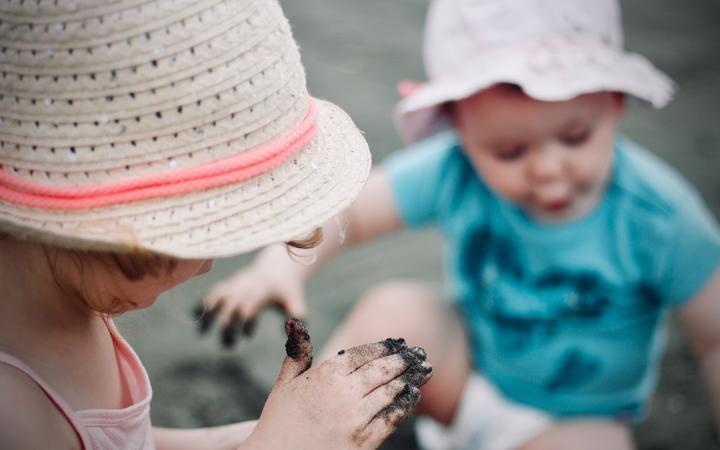 There's a wide variety of people working at the centre, and play is looked at from a few different areas. “One part of the team focuses on play and learning in school, another is play and friendships and peer relationships and another [is] play right from the start of life, really focusing on parents and children playing together.”

The centre has just finished a five year study in which parents were encouraged to play with their children as they normally would while being videoed.

“We use that to help parents build on the bits that they’re doing well, in terms of their interaction with the children.”

Ramchandani says the children in the trial were at risk of developing behavioural problems.

Researchers found that by helping parents understand their children’s communication and behaviour during play, there can be a reduction in behaviour problems of the child as they grow up.

The videos help to show the parents how important they are to their children, he says, and allows them to build on positive moments.

The hope is that by watching back a video you’re learning about your child in ways that are not easy to do in everyday life, he says.

“When I think back to when my children were toddlers...life was so frantic that it’s very easy to miss lots and lots of things and the beauty of video is even if you only have a few moments with the parent you can slow down and stop that video and look at moments where things are really working right.

“One of the most powerful things that parents talk about is that they can see in moments how they’re important for their child, their child’s looking to them or smiling when they do something. Things that you can really easily miss in the hubbub of everyday life.”

Over the span of a few years, the centre also did a study of fathers and their children, again videoing very young children playing with their parents. It focused on families where the father, or a father figure, was consistently in the child’s life.

“What we noticed in this was ...the way fathers interact and the engagement of fathers in the play, right from the earliest days, predicted effects on the children’s behaviour and on their cognitive development.”

The children of fathers who were really engaged in play had lower rates of behaviour problems and did better with their cognitive development, Ramchandani says.

“There’s lots of other factors but that does suggest that dad’s very early interactions with children do have an impact on their behavioural development.”

As an example, Ramchandani says when a child is playing physically with a parent sometimes their over excitement can lead them to overstep, which teaches them about boundaries in a safe environment.

Regardless of who is doing the playing, Ramchandani says there’s evidence that different kinds of play have different benefits.

Play with peers from age two onwards is predictive of how children will do in relationships later on in life and of some of their mental health outcomes, he says.

Whereas, he says, physical play is predictive of children’s physical health outcomes.

We sometimes forget children experience the world in almost every way through play, Ramchandani says.