Australia correspondent Karen Middleton joins Kathryn to talk about the decision by Australia to cancel all flights to and from India until May 15 and to send equipment to help the country fight its horrific Covid infection rate.

One of Australia's most senior bureaucrats in national security has alarmed the rest of the security community by issuing an Anzac Day message to his departmental staff warning Australia's should realise the "drums of war" were beating closer in the region.

And today marks 25 years since Australia's worst mass murder, the shooting of 35 people at the Port Arthur penal colony outside Hobart. 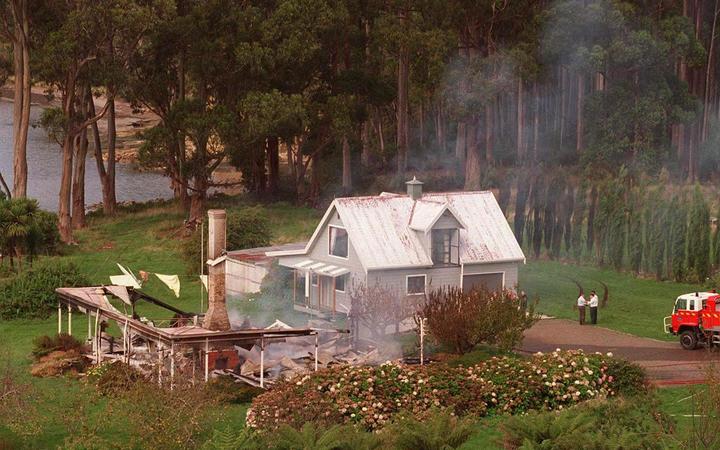 A photo taken 29 April 1996 which shows the remains of the guesthouse in Hobart from where gunman Martin Bryant killed 34 people and injured 19 others.  Photo: AFP