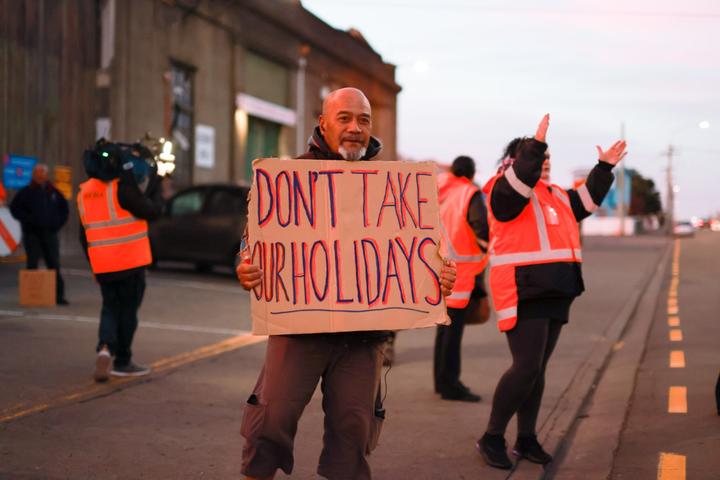 There is more disruption for Wellington commuters with 100 bus drivers on strike and 26 bus routes not running, frustrating the Greater Wellington Regional Council which manages the city's bus contracts.

NZ Bus and the Tramways Union have been in negotiations for weeks over a new collective agreement. The bus company had rejected an offer from the Wellington Regional Council to fund a living wage adjustment.

The bus drivers began a 24 hour strike at 4 o'clock this morning - the bus company responded by issuing an indefinite lock-out notice which stops drivers returning to work until they sign up.

The dispute comes on top of ongoing issues with Wellington's busses - mainly due to a chronic shortage of drivers - with services routinely running behind time, or not at all.