Lech Blaine was 17 when he was involved in a head on collision in Queensland that killed three of his friends and left two on life support. He walked away totally unscathed - physically - and into intense media scrutiny and a frenzy on social media.

His default setting for dealing with his grief and survivors' guilt was stoicism and alcohol, which lead to depression and breakdown. He has written a stunning memoir simply called Car Crash.

Blaine tells Kathryn Ryan that before the accident happened 17 years ago, he was in his last year of high school and had a simple life. 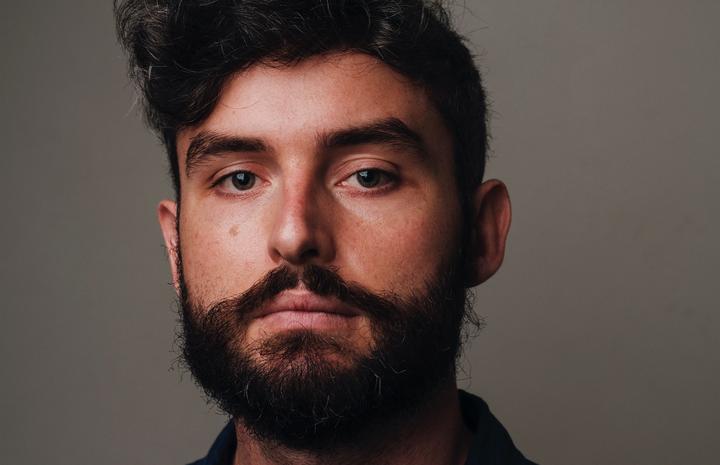 “I went to school; I’d hang out with my mates on the weekend. I had big dreams like a lot of 17-year-olds. I wanted to move away to the city the following year and go to university. I’d meet a group of mates from a different school and life just seemed very simple but very thrilling and nothing seemed too complicated.”

And the day of the crash was one of those uncomplicated and fun days. He’d gone to watch his friend play a game of rugby then gone to a barbeque afterwards.

“It was a very low-key evening. It was a long weekend so we had bigger plans for the Sunday night and we were planning to go back into Toowoomba which is about 15 minutes away and the second lift ended up falling through at the last minute so we end up overloading the car.

“It would’ve only been about three minutes after we left that the driver lost control of the car and it spun out. He overcorrected and we ended up going over the median strip and being collected by an oncoming car going the other way.”

The accident investigators estimate it was about three seconds from the driver losing control of the car until the collision.

“It was a very short space of time and it’s funny it can be so quick but the rest of my life it seems like a long period of time because I’ve spent so long not just thinking about those three seconds, but the immediate beforehand and the immediate aftermath. It’s taken on a large place within my memory.”

It took Blaine five years to write the book, a process he found very difficult - particularly when he ran it by all the people affected by the crash.

“There are reasons why I want to share this story. There is always a little bit of discomfort about the publicity side of things because part of the book is about the way these events played out within the media. Sometimes I feel like a bit of hypocrite reintroducing myself and reintroducing the people affected by this tragedy into the media again.

“That’s complicated but I made the decision that the benefits of sharing my story, both about the accident itself and my battle with mental illness after the accident, I thought that outweighed the discomfort that I would feel talking about it.”

Blaine says he had no injuries at all from the crash and was able to walk out of the vehicle and was indistinguishable from bystanders.

“I was suffering from extreme shellshock. I didn’t feel any emotion even though I already knew I’d lost two friends and another one was on life support and probably wasn’t going to make it. I just spent those few days travelling between vigils, travelling between hospitals.

“It was surreal because I actually felt less emotion than a lot of the people around me and I was the person who’d been in the car. There were complete strangers who I’d meet who would burst into tears and I would end up comforting them. That was really strange and just a product of how disassociated I was from the grief of what I’d lost and what I’d been through. That took quite a while to sink in.”

When he returned home from the hospital the night of the crash, they saw that it had already become a news item in the media where reports said the car had rolled and burst into flames.

“That just wasn’t true. And a lot of the reporting said speed and alcohol were the causes of the accident. In some ways they were factors because we were on a highway so we were travelling at a higher than normal speed and the passengers had been drinking, so maybe that was true in some sense but what it meant was that everyone thought that the driver had been drunk and was speeding.

“That wasn’t true. The driver, Dom, was under the speed limit and was completely sober, he was a designated driver. That was more on the mass-media scale but then, on a local level, I was getting messages basically saying ‘rest in peace Lech’ because one of the things that’d been going around was that I was driving the car and had died on impact.”

The other thing that got twisted was the post-rugby game barbeque a handful of friends attended was transformed into a raging party attended by hundreds of people.

“People were claiming they were at this party and it was like Woodstock, then their parents were claiming it could’ve been them who’d been in the car. That just kept spinning further and further out of control. That became entangled with media and then social media… things spread very quickly.”

Blaine found that, while well-meaning, people telling him how lucky he was and how he needed to do something great with his life was paralysing.

“It was partly those conversations, but I also put a lot of pressure on myself. I was already a pretty ambitious kid and it just took that to another level, I thought that to justify my survival I would need to literally be the prime minister.”

There was another expectation that Blaine should be happy and move on, otherwise his life would be a waste.

“That’s obviously true, but it was counter-intuitive because I still hadn’t entered the grieving process. It wasn’t just about me being tough as a man, but I felt like I was failing if I felt depressed, miserable or despairing about this event which was a completely despairing inducing, miserable event.

“When I finally did start entering those feelings of depression and despair, I felt this really double-edged guilt. I felt I’d failed as a man and as a survivor because I was wasting this golden ticket.”

Coming from a masculine culture that enjoys rugby and alcohol, Blaine found solace and a mask to hide behind in drinking.

“As a teenager I was drinking a fair bit, but it just went to another level. I was getting blackout drunk most weekends and doing far more risky behaviour than I was before the accident. I became the person that the media had created. I was far more of a hoon and a party animal than the person who’d been in the front seat of the accident.”

He managed to leave high school with good grades and moved to Brisbane to attend university thinking he could leave the crash behind him and start a new life. Instead, things got worse for Blaine and had a near repeat of the crash that almost killed him.

“Even though I knew drink driving was bad, it was always a bit of a joke amongst the blokes about how much they’d been able to drink before driving home from the pub or the footy club. That created a sense of permission to start drink driving, which I did in Brisbane. It turned from something that was part of my cultural circumstances to becoming quite pathological because I was so traumatised.

“It was a sense of oblivion I’d entered into and I didn’t feel any care about the consequences my actions. In some ways I didn’t want to be alive anymore and, when you’re in that mind frame, alcohol and driving limits don’t really matter much.”

Blaine’s sister was studying psychology at the time and managed to get him free sessions with her teacher which began to set in motion a turn around in his life.

“That was one of the greatest things I’ve ever done. We didn’t even really talk about the accident until the very end. He went right back to the beginning and totally reconstructed my identity and my sense of who I was as a person.”

The help allowed him to finally go through a belated grieving process while disabusing him of notions such as expectations for himself, and that he’d been ruined by the accident.

“A lot of our conversations was my psychologist basically explaining how routine my emotions were and how regular the emotions I was feeling were for most human beings. It was an extreme event, but a lot of the things I was going through weren’t that far away from the average human condition.

“Because I was a grandiose teenager, I’d built myself into this unsavable, tragic figure and that was never true.”