People on the North Shore in Auckland using Onewa Road are up in arms over an increase in traffic cameras monitoring bus lane compliance. 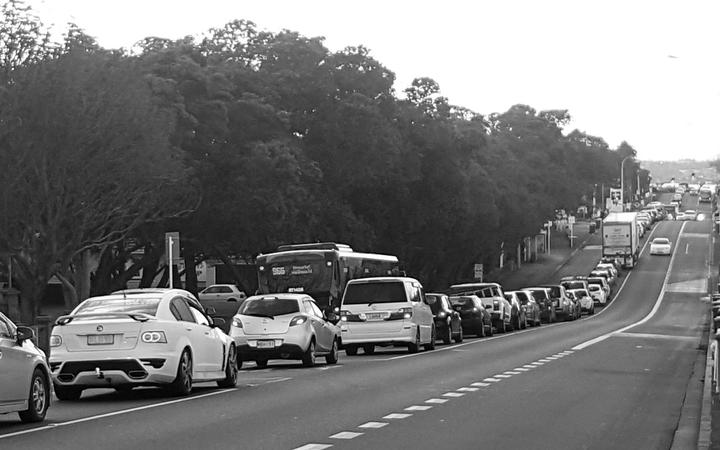 There will soon be 68 cameras operating from 17 sites on a 2.3km stretch of the road in the suburbs of Birkenhead and Northcote.

From May, the new CCTV network, which will look into a car from the front and the side, will monitor for compliance and send any breaches to an officer for review.

The stretch of road is used by 42,000 vehicles per day as it is a motorway access point.

The new technology, being rolled out by Auckland Transport, has been labelled overkill by the chair of the Kaipātiki local board John Gillon.

He said residents trying to getting in or out of their driveways or turn into businesses or schools along the road would be treated unfairly.

''People are really concerned that these extra cameras are going to ping them when they trying to do genuine manoeuvres in the transit lane. It's a very stressful situation and then you have to turn into your driveway and you have to do that within a 50m stretch, so people are very concerned that with these extra cameras they are going to get pinged.''

Auckland Transport said the law states a 50m exemption but drivers on Onewa Road will be allowed to be in a bus lane for 70m to get in or out of a driveway.

Parking compliance manager Rick Bidgood said the technology was being used across the city.

He said as cameras only covered about 100m the number planned for the stretch of road was necessary.

The bus lane is deemed a T3 lane as well, which means private cars with three or more passengers are allowed to use it.

''We need four cameras per installation so we can monitor the distance end to end plus also capture and record what we feel is the correct level of occupancy in the vehicle.''

He said currently the compliance rate on Onewa Road at the moment was sitting around 99 percent.

''It's pretty amazing. On the average day 7am to 10am we are only issuing between seven and 12 infringements per day, so it's really quite low volume considering the volume of traffic.''

Gillon said, as there was already 99 percent compliance on Onewa Road, he questioned the need for the cameras at all.