The building blocks of a career in robotics: from Lego to NASA

After completing an undergraduate degree in engineering at the University of Auckland, he moved to the US to pursue a PhD in mechanical engineering at Caltech in Los Angeles.

First an intern through his PhD and now a permanent employee at NASA, Joseph Bowkett specialises in functional autonomy for robotic tasks, currently working on NASA's mission on Mars and on a proposed mission to Jupiter's moon, Europa. 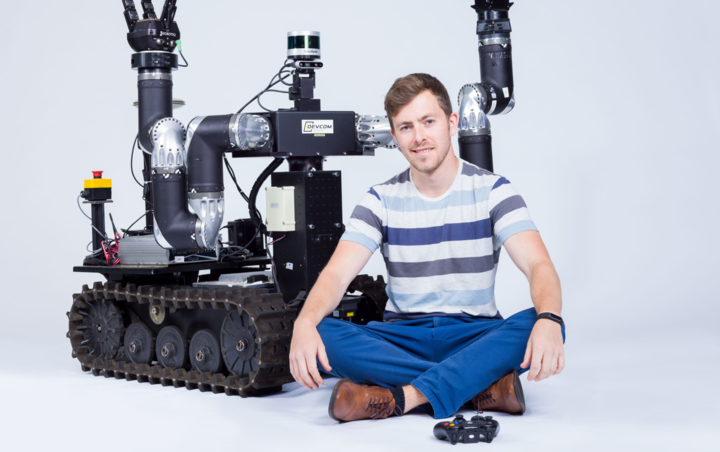 Bowkett tells Nine to Noon that, from an early age, his parents supplied him a large number of advanced age Lego kits for him to play with.

“I have to imagine that had some influence on what I’m told is a first to find interesting problems. There’s a fair amount that came after that but, starting young, I was pretty much heading down this path early on.”

He says the University of Auckland mechatronics programme was what really opened his eyes to the possibilities of working in the field and credits it for being a great programme.

His decision to continue studying at Caltech was partly strategic – only being one flight away from New Zealand was a priority – but also because the school has a close connection with NASA’s Jet Propulsion Laboratory.

“Caltech actually runs the staffing side of the whole place. NASA owns all the equipment and facilities, but Caltech supplies the people, so I definitely made use of that connection early on and tried to score myself an internship to begin building those connections and expertise that, thankfully, turned itself into a job.”

Bowkett’s work involves helping robots to perform autonomous tasks in uncontrolled environments, which is a difficult field of work. It’s incredibly difficult to replicate the dexterity and control of a human hand, but more than that, our surrounding perceptions and preconceptions make simple tasks appear easy.

“If you were to close your eyes and try and touch your nose with your finger, you can do it because you can feel where your arm is in space without needing to look to make sure your finger is going in the right direction.

“Getting a robot to do that consistently can be challenging. Then, it gets even more complex when you say, don’t just touch your nose, you need to figure out where some external object is – maybe a teacup on a table – figure out where it is relative to you, move your hand there, grasp it so that you don’t crush it, and figure out what to do with it next.”

The stakes for having an autonomous robot are increased when one could be heading out to Europa which is much further away and has much less solar energy to keep it powered and connected.

“When you sink a few billion dollars into a mission and it’s faltered out 10 minutes into the ten-day experience, then you haven’t got a great return on investment.”

Another challenge is that Europa is so far away and so difficult to study that people have no idea what the surface will be like.

“There’s a very wide range of scenarios that we might need to work in. It’s not just that we need to address them, we need to teach the robot how to address them by itself without a human looking at pictures… it has to navigate that environment almost all on its own.”