Headquartered in Seattle, Amazon is the second-biggest private workplace in the United States behind Walmart, employing more than 800,000 people.

CEO, Jeff Bezos, is the richest person alive, and the company has just had its most profitable year in history as more people than ever shopped online due to the coronavirus pandemic.

Alec MacGillis is an award-winning journalist for ProPublica, whose work has previously appeared in The Washington Post, The Baltimore Sun and the New Republic.

His new book Fulfilment: Winning and Losing in One-Click America, looks at Amazon's far reaching impacts across the United States, what's behind that easy one click. 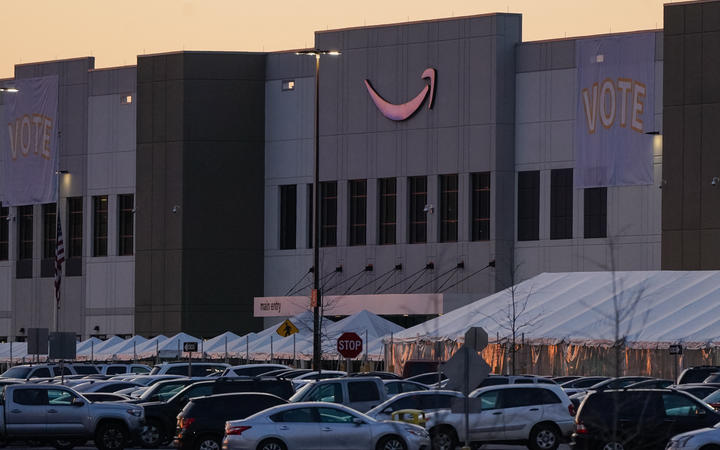 An Amazon fulfillment warehouse at the center of a unionization drive in Alabama Photo: AFP

MacGillis tells Nine to Noon that the book started out as a study of growing inequality from a regional standpoint: the "winning", mostly coastal cities and those that have been left behind.

“The gaps have gotten so much bigger in recent years and I used Amazon as the frame to tell the story of how this is happening and why it’s a bad thing for both sorts of cities.”

The withering of anti-trust laws which allowed for the rise of behemoth companies started in the 1970s, MacGillis says, and then really intensified in the 1980s with Ronald Reagan.

“We’re now still experiencing that very lax approach to anti-trust which has helped abet the growth of these giants. To put it crudely, all sorts of business activity which used to be spread around the country in various sectors of the economy is now increasingly dominated by a handful of companies and that commerce, activity, and wealth is sucked into the places where they reside.”

He gives the example of media revenue which used to be spread around the United States but now flows to San Francisco where Google and Facebook have their main offices.

MacGillis says the prevailing economic theory used to be that competition was good and monopolies should be broken up but a shift in thinking occurred, first on the political right then embraced across both spectrums that, as long as consumer prices stayed low, monopolies were OK.

“It became known as the Consumer Welfare Test – that if we see that prices are rising in a product as a result of monopoly, then we can take action. But, if prices stay low, then what’s the big deal.” 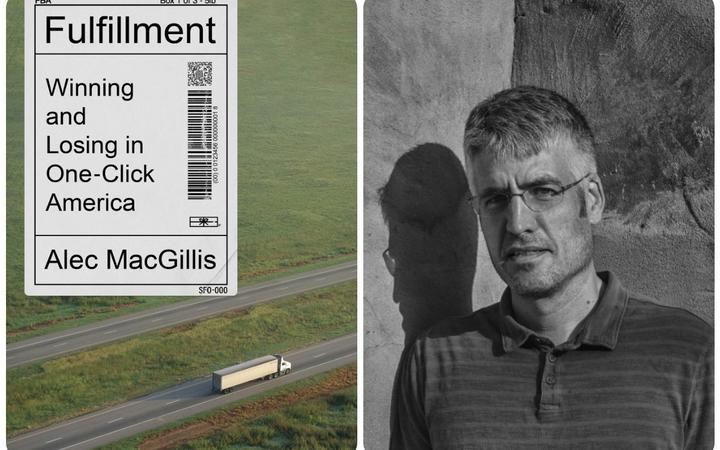 Therefore, a company like Amazon can point to the low prices for consumers on their website and argue there’s no issue.

“Only in the last few years have experts started to articulate a very strong case for why this is an inadequate way for thinking about the problem and why Amazon’s growing dominance, and that of the other tech giants, is in fact distorting the economy and harming the common welfare, even if they’re keeping prices low.”

MacGillis lives in Baltimore and says he’s seen the effect the economic consolidation in other areas has taken on the city.

“Baltimore used to have the largest steel mill in the world with 30,000 workers in the late 1950s. It was a huge company town and that was all wiped off the face of the map and it’s now been replaced by warehouses, by logistics parks including two Amazon warehouses.”

He says he met a man who spent three decades working at the steel mill and now works at an Amazon warehouse where he makes half the money for much less meaningful work.

Amazon workers at the warehouse are allotted two-bathroom breaks per ten-hour shift, which the man – who was older – found to not be enough and said he missed the camaraderie of the steel mill.

“He just found no purpose to the work at all… Through that, I tell the story of the transformation of work in America for the great mass of the working class, how we’ve gone from one kind of work to another.”

“Meanwhile, just down the road in Washington D.C., they’ve got the second headquarters for Amazon which is going to get 25,000 high-paid jobs and huge investment in a new corporate campus and the gap between the two cities is going to grow even wider.”

The fact that the White House is also in Washington D.C. is not just coincidence for Amazon, MacGillis says. The main threat to their business comes not from other companies, but from the government.

“Amazon knows it would help to build up its presence in Washington D.C. to essentially become a big friendly presence in town where, perhaps, people will view the company more benignly if, for instance, the father at their daughter’s soccer game is just another nice Amazon engineer.

“That’s certainly been the effect with Jeff Bezos having bought The Washington Post a couple years ago. There’s been a striking move by the company, and him in general, to build up their profile in Washington D.C. to the point where they’re going to be the largest private employer.”