Author Harlan Coben on turning his books into must-watch TV

American author Harlan Coben is a #1 New York Times best-selling author. His 33 mystery and thriller novels, including Tell No One, Missing You and the 11-book Myron Bolitar series, have been published in 45 languages, with 75 million books in print world-wide.

His most recent novel, Win, has just hit the shelves. 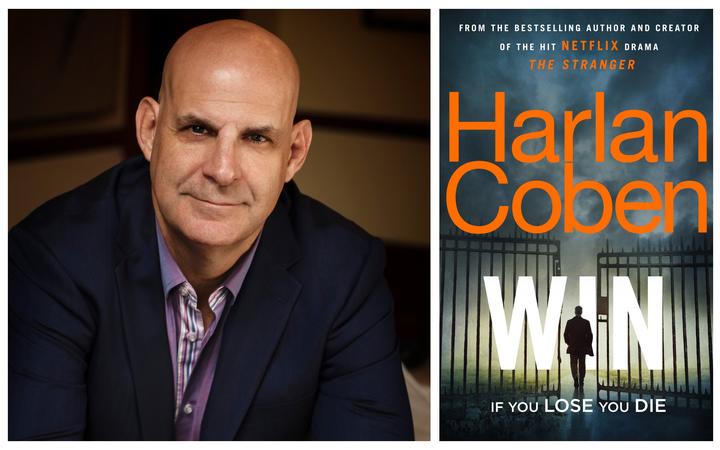 Coben’s famed productivity, he writes a novel a year, comes down to treating his writing like a job, he told Kathryn Ryan.

“I think the best way to write and be able to produce books is to treat it like a job not like an art, not like something fancy.

“There’s a line in Phillip Roth book where he says ‘amateurs wait for inspiration to arrive, the rest of us just get to work’, so that’s the attitude I try to take.”

In 2018 Coben signed a deal with Netflix to turn 14 of his novels into screen productions over the next five years - including The Stranger, Safe, The Five and The Woods.

The collaborative nature of TV appeals to him, he says.

The advent of streaming TV has ushered in a golden TV era, he says.

“I like to take my very American New Jersey story and now in the case of The Innocent it’s going to be placed in Barcelona and Malaga with Mario Casas who’s a huge star in Spain starring and a great director in Oriol Paulo. That’s exciting, that hybrid is exciting.”

The more specifically he writes about New Jersey the more universal the appeal of his books, Coben says.

“So, if I say I’m selling really well in Bulgaria I’m going to try and make it appeal more to Bulgarians, you’re dead, that’s not going to work.”

Coben’s books are famous for their disappearances, it’s about redemption, he says.

“If someone vanishes there’s hope, and hope’s a great thing to write about.”

His latest book Win features his popular character Windsor Horne Lockwood III at the forefront of the novel rather than as a side kick.

“One of the reasons he’s popular is you don’t get that much of him, if you say to me you want more of him it means I did my job so to speak.

“So even though people have been calling for this book for years and years … I resisted for that reason, I think a side kick is a side kick.”

But when he came up with the idea for this novel Win was the perfect narrator, he says.

“I came up with this idea involving a stolen European painting a rich heiress that was kidnapped, the upper West side of Manhattan, a deluxe penthouse apartment with a murder and a victim nobody knows, well who’s world is this, this world of someone who is extraordinarily rich well that’s Win, Win is extraordinarily rich.”

Coben says the secret to pace in a novel is to cut out the unnecessary.

“The great Elmore Leonard had a wonderful quote, the greatest quote you’ll ever hear on writing … ‘I try to cut out all the parts you’d normally skip.’

“I try to write as if there’s a knife against my throat and if I bore you, I‘m in trouble.”

A lot of writing, Coben has said, is self-hatred.

“If I don’t write there’s always a voice in my head saying you should be home writing, I don’t really have hobbies or things like that so it’s always that nagging voice like a mother on a Friday night wondering why you’re not calling her or visiting her. That’s kind of what the muse should sound like.

“So, if I don’t write I am filled with self-loathing until I do write.”