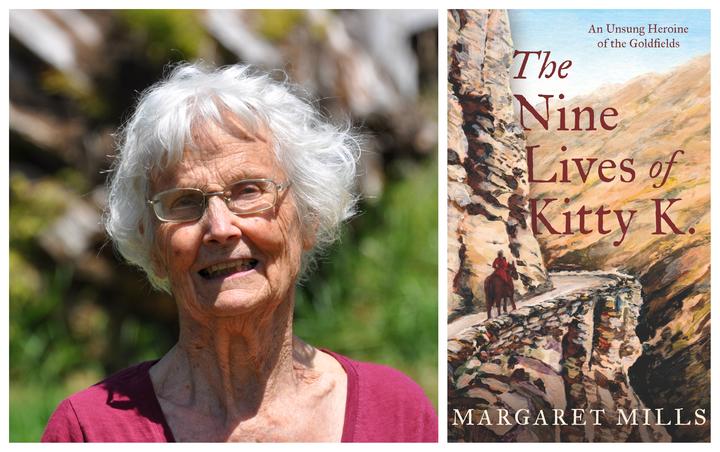 Margaret Mills has just published her first novel at the age of 91, based on the life of Kitty Kirk. Kitty was born in Ireland in 1855 and shipped with her mother to the Protestant settlement of Dunedin.

The Nine Lives of Kitty K explores the challenges faced by women in the harsh environs of Central Otago during the goldrush.

Margaret knows the areas of the book well, having lived in Queenstown for 27 years, before returning to Auckland where she campaigned for Greenpeace.

In fact, she was aboard the Rainbow Warrior when it was bombed by French agents in 1985.