As soon as Brian Railton laid eyes on a 106-year-old hand lining fishing vessel named Elsie he was in love.

The 27-foot vessel popped up for sale on social media in March last year and Brian knew he had to own her.

The wooden boat was built back in 1915 by Milner and Milner and was used in the Otago Harbour as a commercial fishing boat. 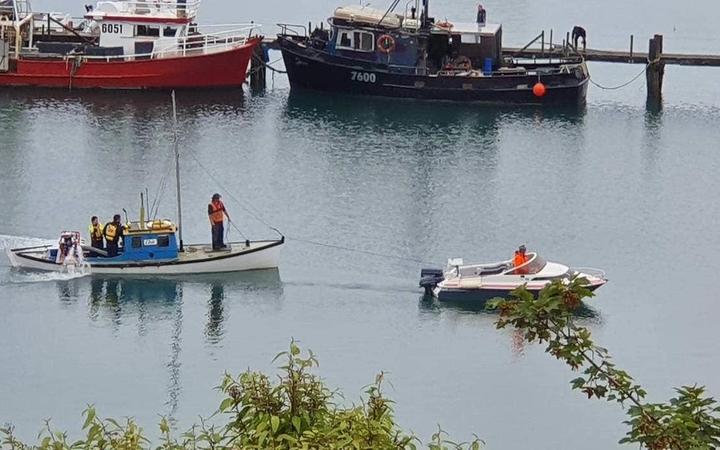 “In its life it shows on the register as being a fishing boat in Otago harbour in 1916 and it would have just been hand lining at that time and it was all day fishing then of course because there were no freezers or that sort of thing,” Railton tells Kathryn Ryan.

“It was very simplistic, much as the boats were built, there no computer aide… it was all men using head, heart and hands.”

Elsie worked right up until the early 2000s before entering retirement.

However, her post-retirement life has been haphazard – at one point it broke off its moorings, sending it on a sightseeing trip around the Dunedin Harbour, before falling over a rock wall, causing a few bumps and bruises. After Elsie was repaired it suffered more damage when it collided with a sandbar.

“The bones of her are still very, very good,” Railton says.

Railton is the Commodore of the Classic Boat Club in Dunedin, so he knows a good-looking vessel when he sees one.

“To my eye it’s a lovely craft. You can see the lines of her and if you’ve got some appreciation of what a vessel is, whether it be fishing or commercial vessel or whatever, if you look at the lines of them and its pleasing to your eye usually they are a pretty good boat.

“This is very, very kind on your eyes to look at.”

Due to Covid-19, Brian has only recently been able to get Elsie from Carey’s Bay near Port Chalmers to his home in Wyndham in eastern Southland.

It took a special trailer and a whole lot of willpower but it's up on blocks and work is beginning on bringing Elsie back to life with a former boat building friend.

Once completed, his plan is to show off his new found love to the rest of the world.

“Elsie’s a beast that will never have all the work done, it’ll keep me occupied, but our plan is to take it out fishing, go out and do what it’s built for and show it at shows. There’s a classic boat show at Rotoiti, it’ll be a bit of a logistical mission getting it there, but I think it’d be worth it just to display her.”