Hope and hype: the mixed history of stem cell science

Stem cells have been called the body's raw materials -  or the master builders generating all our tissues and organs and helping sustain them throughout our lives.

Sydney clinical haematologist, pathologist and scientist Professor John Rasko and writer and historian Carl Power are the authors of Flesh Made New: The Unnatural History and Broken Promise of Stem Cells.

In it, they detail the history of stem cell research, the bad science, bogus treatments, as well as the real progress being made. 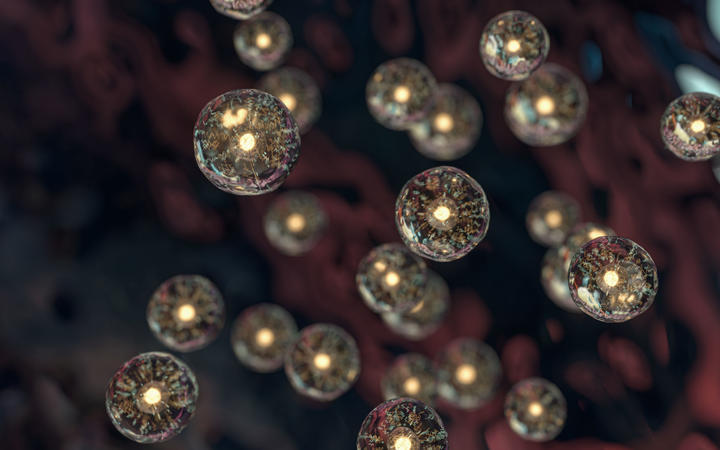 Their work took them back 100 years documenting not only the Nobel prize-winning successes but also the “scandals, hype merchants, deceit, greed, laziness and lies.”

Cell division within our bodies is binary, Rasko says. One cell become 2, 4, 8 and so on.

“We make one million red blood cells in our bone marrow every second.”

And each of those red blood cells has a precursor cell, he says, and the word precursor is interchangeable with the word stem cell.

Each organ in the body has a stem cell, and the precursor to those stem cells is the embryonic stem cell, he says.

“We have to go back to the embryo, and indeed the embryos of all living creatures, and that cell is the cell we have now called the embryonic stem cell.

“That is absolutely the fundamental unit of life that propagates us into the future through our descendants.”

And it is the potential to harness those embryonic and organ specific stem cells for therapeutic good that has given rise to the “hype and hope,” he says.

It is in the area of adult, or organ specific, stem cells that most advances have been made, Rasko says.

“For over 50 years we have harnessed the power of those blood forming stem cells to do bone marrow stem cell transplantation.”

This work was pioneered by Don and Dottie Thomas in Seattle, he says

“The father and mother, the pioneers of bone marrow transplantation.”

“However, no other organ or adult stem cells have been used or proven to be used, despite years of study to cure any particular diseases.”

The potential of embryonic stem cells emerged 20 years’ ago, he says with the work of James Thomson and subsequently Shinya Yamanaka and Sir john Gurdon.

However, despite billions of dollars in research funding not a single approved therapy has emerged form work being done on embryonic stem cells. 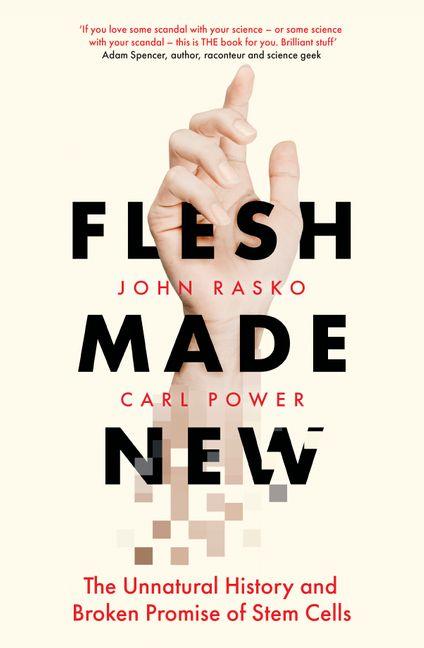 “It is proving incredibly difficult. So, all we are saying is there is incredible hope and promise here, but at the moment it is mainly hype.”

“The extraordinary thing that Carrel did that changed everything, the reason he is included in the book, is that he learned how to grow cells in his laboratory, invitro, under glass and this was an absolute revolution in the study of cells.”

Prior to that people had only been able to study dead cells.

Carrel is a mixture of the hero and charlatan all in one person, Power says.

“His most famous experiment really set the agenda for the whole science of studying cells, but also really blocked its progress.”

Carrel thought he had discovered immortality under glass, Power says.

In a famous experiment he took live cells from the heart of a chicken and claimed he could keep them alive indefinitely.

“It was very widely reported especially when he declared they were immortal and that he could keep them alive indefinitely and he thought that he had demonstrated this.”

“It turned out 50 years after he made this declaration that it was absolutely wrong, ordinary cells have a limit, for human cells they can divide maybe 50 times before they die.”

“These were visionaries and they had an absolute obsession, the scientists who drove this research both the saints and the sinners. Don Thomas and Dottie Thomas, who have saved countless lives because of their research in to the cells that are the blood stem cells, they didn’t even know they were studying stem cells at the time they just wanted to cure leukaemia and radiation sickness.”

They had years of failed experiments, he says.

“And when I say experiments I’m talking about human lives, there were deaths for years and years and years in bone marrow transplantation before the first glimmer of hope appeared.”

Both Rasko and Power worry about the prevalence of charlatanism in stem cell therapy today.

“You can fly all over the world to clinics and have a five-star hotel experience with unproven stem cell therapies,” Rasko says.

“We all know that people discuss stem cells as if they are here and now to treat any number of diseases and the simple evidence quite clearly is that they are not.”

The problem is so big the FDA in the US says there is nothing it can do, Power says.

“The US has got more stem cell clinics than anywhere in the world and when the head of the FDA was asked why he hadn’t closed these clinics down his basic reply was you can’t boil an ocean, the problem is just so big.”

“We have to distinguish between what is real and what is hoped for.”