One of the side effects of the Covid-19 pandemic has been an increase in people suffering the effects of the virus long after their initial infection. The "long-haulers", as they've come to be known, can experience severe tiredness, breathlessness, chest and muscle pain for months after catching Covid-19.

These symptoms will be familiar to many suffering from Chronic Fatigue Syndrome-Myalgic Encephalomyelitis. It's an often misunderstood disease yet, globally, two to four people in every thousand will experience it.

Dr Rosamund Vallings has spent her life diagnosing and managing patients suffering from CFS-ME and has just released a second edition to her book Chronic Fatigue Syndrome, ME: Symptoms, Diagnosis, Management. 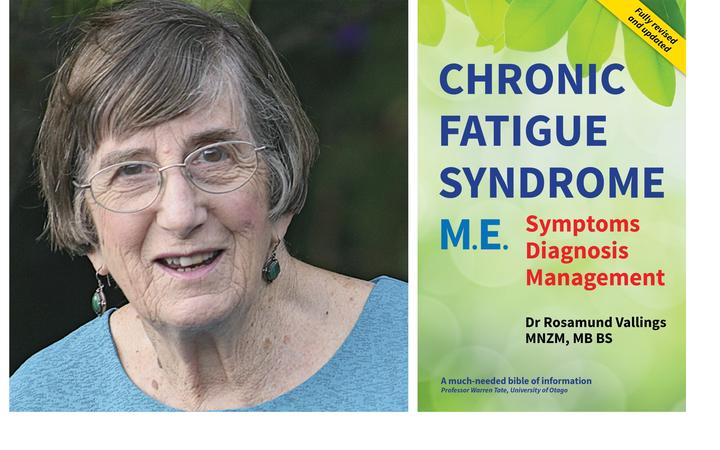 Dr Vallings tells Nine To Noon that there are always people who will suffer long-term effects from viral illness and it’s come to the fore because of the widespread nature of Covid-19.

“Initially we would call it post-viral syndrome but if the symptoms persist more than, say, three months we would change the name to chronic fatigue syndrome and that would certainly apply to Covid long haulers.”

“The person ends up with a very hyper-active immune system, usually, which creates on-going symptoms and, in particular, fatigue because when you have an immune system that’s working flat-tack, you feel absolutely exhausted.”

The symptoms are typically fatigue, aches and pains which can be severe, poor sleep, and poor temperature regulation. Suffers also find that any exercise or exertion will bring on worse symptoms. Furthermore, people have difficulty concentrating and often find they can’t attend work or schooling.

“At the more severe end of the spectrum, you have people who are totally bed-ridden, often in a darkened room and are unable to do anything and need 100 percent care. That is, of course, devastating and can go on for many years.”

Dr Vallings says chronic fatigue syndrome is very much an umbrella term and it’s likely that, with further research, they’ll find different sets of illnesses that are affecting people.

“People with the illness do often have different sets symptoms. There will be those whose symptoms are mainly brain orientated with headaches and cognitive difficulty and others whose illness is very much physical… and so on. You get these sub-groups and may be shown to be different diagnoses with a common thread and the common thread being very much the fatigue.”

There’s no specific medication or treatment for chronic fatigue syndrome. Instead, Dr Vallings says, there are lifestyle changes that can be made including the avoidance of exercise and improving diet. The biggest, and most treatable, thing they address is sleep.

“Until you get sleep right, nothing comes right and people with this illness do not have what we typically call a restorative sleep pattern. They may sleep for many hours and still not be refreshed because there’s been a lack of quality sleep.”

Chronic fatigue syndrome has had its controversies as a diagnosis. There have been many in the medical field who believed for a long time that it was a purely psychological condition and that so-called sufferers simply needed to get on with it.

“That movement took over for quite a while and it’s taken a number of years for the medical profession, and the scientific community generally, that there are a number of very serious underlying abnormalities in the body chemistry and there are a number of highly respected immunologists and specialists around the world working on this condition. I think the awareness has gradually become, fortunately, more secure.”

Dr Vallings says the same thing happened to people with multiple sclerosis and, thankfully, that too is now recognised as a genuine physical illness.

“It’s just one of those things that tends to happen and I think the good news about the Covid pandemic, if ever there is good news, is that it’s going to pour very large amounts of money into research for the long-haul patients and this will, perhaps, give us some answers for chronic fatigue syndrome.”