A climate economist suggests there should be a legal framework for properties to be converted from freehold to leasehold when escalating hazards from sea level rise leave homes suitable only for temporary use, or retreat.

Belinda Storey has been looking at how at-risk properties are over-valued, and whether the market is ignoring this. 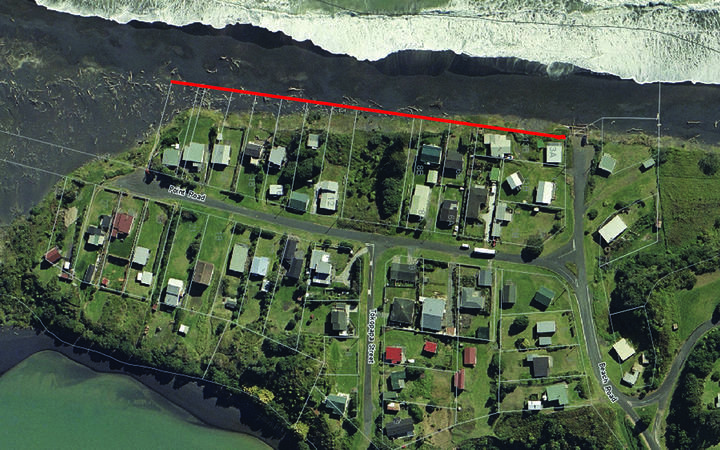 Legal frameworks for changing a property from freehold to leasehold haven’t caught up with climate change threat, she says.

“There is a time limit being put on locations that have escalating hazards, but at the moment our legal structures in terms of property rights assume that we can remain in place indefinitely.”

Under leasehold someone else owns the land and the house is owned by the buyer of the leasehold.

To convert an at-risk property to leasehold would require some form of compensation to the owner, she says.

The buyer of the land would most likely be local or central government – part of her ongoing research is to develop tools to assess what the value of such land is.

Currently it is significantly over-valued and coastal properties continue to attract a premium, she says.

“The longer we leave it the worse the problem becomes, so the market isn’t taking into account these risks.

“You’ve got this bigger and bigger accumulation of assets and unfortunately there is an expectation that when disaster strikes someone’s going to step in.”

Governments feel powerless to not intervene when a disaster strikes, she says.

Even when land is deemed to have a limited life span because of erosion or flood risk – values don’t plummet, she says.

“Everyone assumes that it plummets, what’s surprising about this, and this is partly why I think we need to intervene, is that we are really good at ignoring risks.”

There is an example in Wales where the council gave residents of Fairbourne 26 years to retreat, she says. The council told residents it would not keep rebuilding sea defences.

“When that happened the property market froze, and then the property values fell, but they didn’t collapse, they fell significantly by about 40 percent because people looked at it and said I’ve got 26 years of living by the sea that I wouldn’t be able to have otherwise.”

“So, if you’ve got only 15 years left the property value is probably only 60 percent overvalued there’s still 40 percent of the value of the house that you get to enjoy living by the coast.”

Under a leasehold arrangement the risk is transparent, she says.

“They know they are buying something that only gives them the legal right of occupation for the next 25 years.”

Insurance retreat and hiked premiums for risky areas is already happening, she says, but the data is not publicly available being held by the insurance industry.

“But simply doing some actuarial analysis will tell you that there’s some locations that would either have extremely high premiums or you don’t have that availability of insurance.”

Lisa Ellis, professor of philosophy at the University of Otago, told Nine to Noon she agrees with the leasehold idea.

“I love this idea of moving from freehold to leasehold because the fact of the matter is in the face of climate change we are not in fact relating to each other as independent freeholders at all.

“We are facing these problems together, we rely on councils and central government for infrastructure.”

The kind of transparency offered by leasehold would discourage risky developments, she says.

“Right now people who are considering doing new developments in risky areas they are basically playing chicken with the rate payers and the tax payers, expecting that the lovely history of solidaristic support that New Zealand has will bail them out.”

Individual property owners who complain about a hazard listing on their LIM deserve empathy, she says.

“When a property owner complains about a hazard listing on his LIM one of the real complaints that that property owner will have is that they feel singled out because it is not the case for every home owner across the country that the hazards are listed on their LIMS.

“And so when one local council moves in a forward- thinking way and tries to have that kind of transparent information people in that one council can feel they are being singled out for extra burden.”

But someone who says they are happy to take the risk of remaining is not being entirely realistic, she says.

“As much as we wish it were true, none of us is autonomous and able to survive on our own.

“This dream of autonomy ends as soon as the next big storm comes and strands you at your house, even if your house has raised floor levels, you still rely on the infrastructure that all of us provide together.”