By day she's a Christchurch-based psychiatrist. But by night, she can be found on the comedy circuit.

Dr Joanna Prendergast was a late-comer to comedy, taking it up at the age of 48 and performing under her stage name of "Jo Ghastly".

It's acted as a foil to the seriousness of working in the field of mental health.

While she avoids jokes about mental wellbeing, her experience as mum to two teenagers has given her plenty of fodder for the show she's been touring called 'The Cool Mum'.

It's just been confirmed for the New Zealand Fringe Festival, which will be held in Wellington in March. You can find details of where she's touring on her Facebook page. 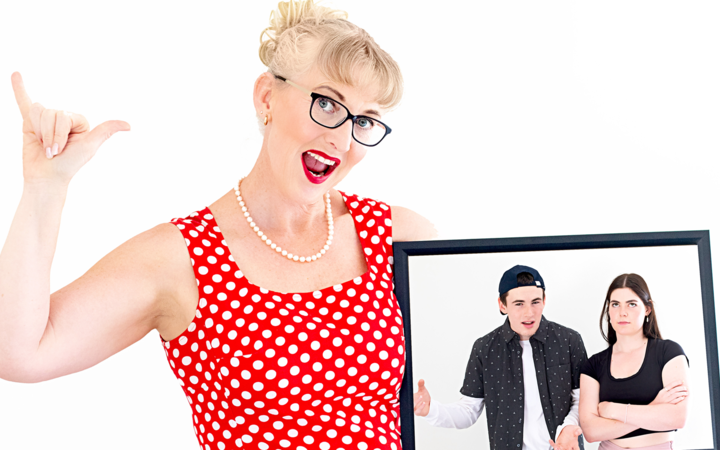 The show is set up as if it’s a personal development seminar, she told Nine to Noon, and involves video clips in which her children participate.

If there is a take home form her shows it’s not to take parenting too seriously, she says.

“You don’t have to be a perfect parent you only need to be good enough … a bit like a pilot.”

Her stage persona Jo Ghastly, she says, fluctuates from being a “very polished super confident personal development guru to crumbling and clearly being quite a neurotic mess who’s fairly inadequate as a parent.”

She says she started to reduce her hours as a psychiatrist and perform more when her children got older.

“Some people might call it my mid-life crisis, you’re certainly not invisible when you’re on stage wearing a red dress and holding a microphone.”

In her professional life she specialises in the effects of trauma and works with the ACC sensitive claims unit as she has developed an expertise in dissociative disorders.

“Which is essentially a coping mechanism for very severe ongoing trauma when people zone out or lose time or switch to different identities to cope with particular situations so that is the extreme end of PTSD.”