Dr David Thompson has spent years studying the habits of New Zealand’s species of albatross in order to try and keep the seabirds out of danger or from becoming bycatch of commercial fishing boats.

He is a seabird ecologist with the National Institute of Water and Atmospheric Research (NIWA) and has spent months on remote sub-Antarctic islands fitting and retrieving tracking devices on albatross to gain a better understanding of where they fly, forage and feed. 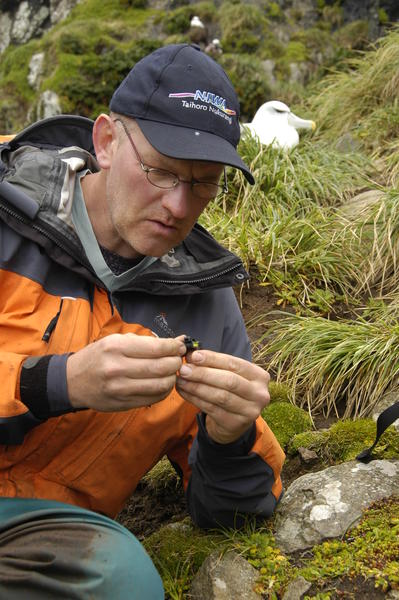 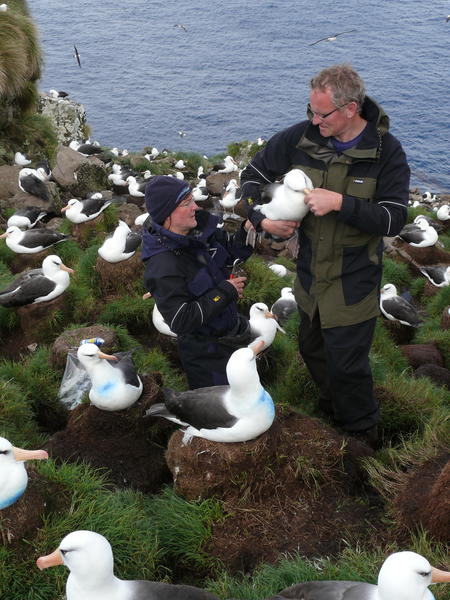 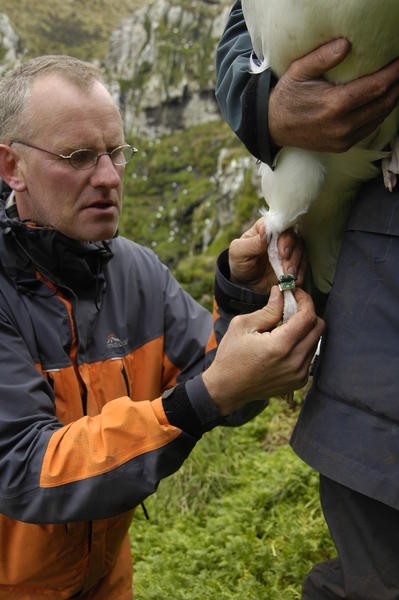 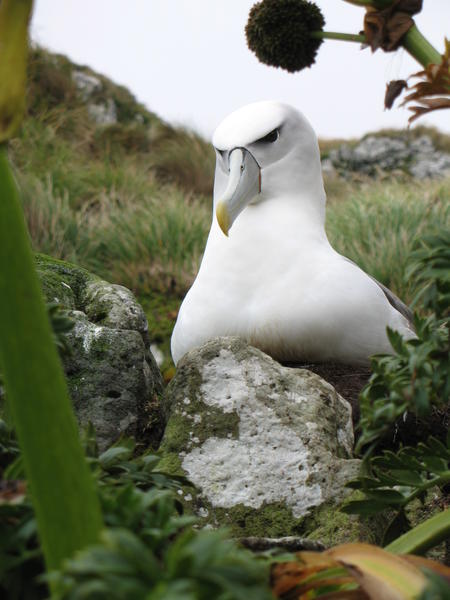 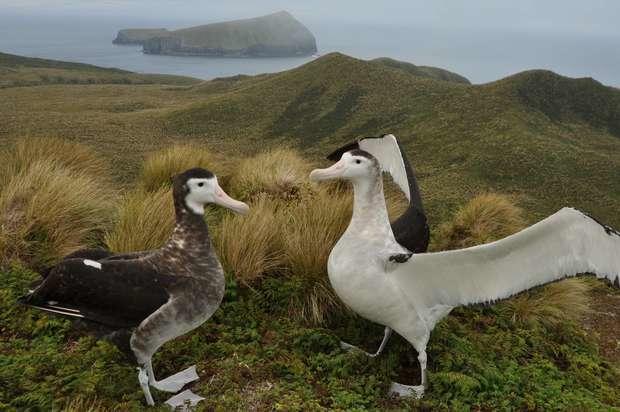 a pair of courtng Antipodean albatrosses 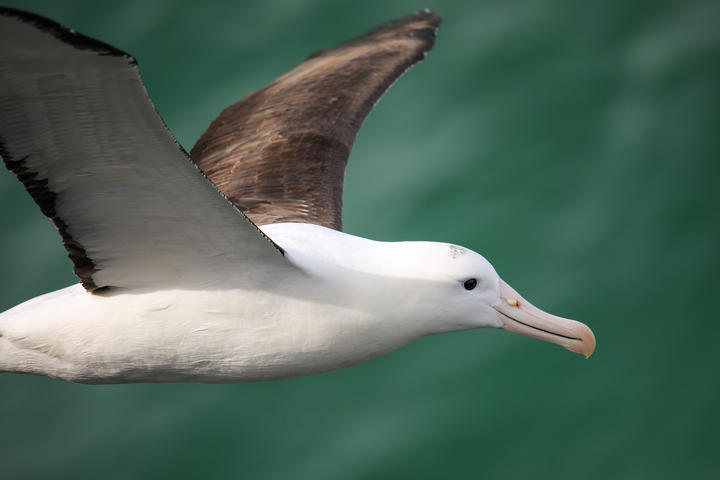 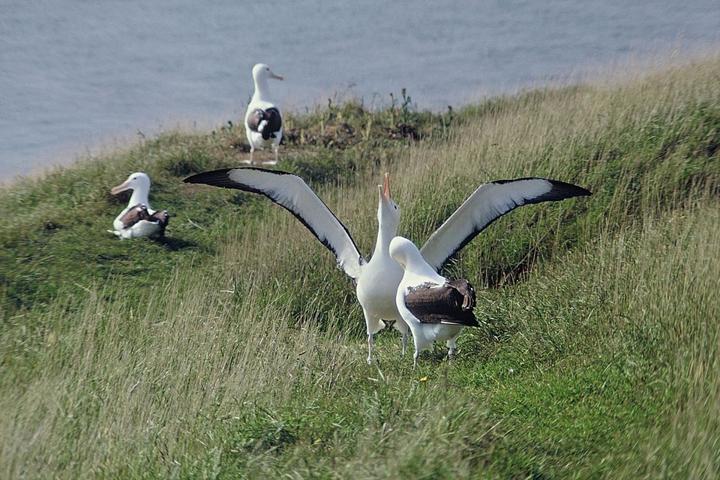 New Zealand has more species of breeding seabird than anywhere else on the planet, he told Nine to Noon.

“There are about 12 species of albatross alone in New Zealand, which is 55 percent of the world’s total species.”

They range from the smallest, the Buller’s Albatross or a black bird albatross a little bit bigger than a black backed gull to the two species of Royal Albatross - the northern and the southern.

“They weigh anything up to 9 to 10kg, they have a wing span that is several metres probably the largest wing span of any bird,” he says.

Fishing presents a problem in two ways, he says.

“In long lining baited hooks become attractive to birds and they dive on them until the line has sunk below their diving capability.

“The other way is trawling; birds will assemble where a trawl is being hauled and as the trawl net approaches the surface they will try and get the fish and they can become entrapped in the meshes of the net.”

The tagging and monitoring program, using technology such as GPS, is giving researchers richer information about these birds behave, he says.

And it is hoped the new information they are gathering will help fisheries evolve more effective mitigation strategies.

He says it is not fully understood why these birds choose to travel such huge distances after breeding to forage.

“In breeding season, the birds come back together they reacquaint themselves with their partners from that moment, until they fledge a chick, the adult birds will lose condition. Their weight will decrease and so when they finish breeding they have a period of time in order to go somewhere to replenish their reserves.”

Some species of albatross traverse the Pacific Ocean to South America to feed.

“They wouldn’t do that if there was sufficient food around New Zealand.”

They are able to do this efficiently, he says.

“These birds can travel huge distances very efficiently without using too much energy.”

It takes them about a week to make the journey, the birds make use of wind currents above the waves to help them, he says.

“They have truly mastered the art of flying across large distances very, very efficiently.”

Albatrosses have quite an “extreme breeding strategy,” he says.

“They have deferred maturity, so they won’t start breeding until they are ten, 12, or 15 years of age. They try and partner for life, they raise one chick per year, but they live quite a long time.”

The active period of breeding for most albatrosses will stretch into the decades, he says, and all they need to do theoretically for a stable population is raise two chicks.

“That information will allow us to develop management plans.”

He says the fishing industry is on board with the research programme and funds the work being done.