Australian food writer Richard Cornish on the joys of eating

Award-winning author and food writer Richard Cornish has been penning the Good Food column for the Sydney Morning Herald and The Age for almost a decade. A former comedy writer and TV producer, he says he finally found his true calling - writing about food. A lifelong carnivore, his latest project saw him going vegetarian for a year, which he documented in his book My Year Without Meat. 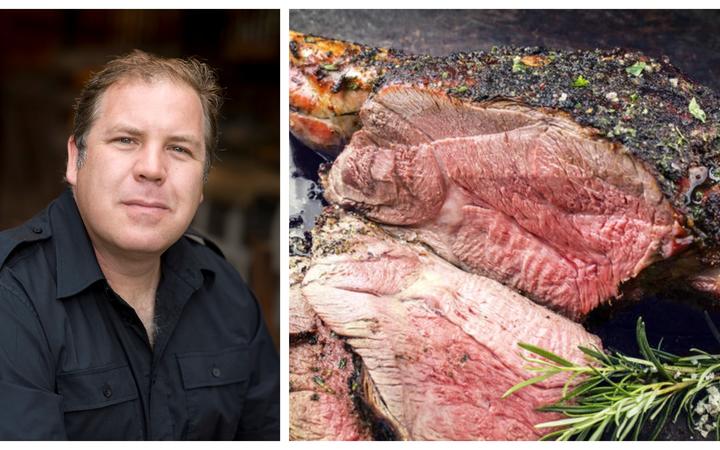 Kathryn asks him about growing up on a dairy farm in Victoria and how that shaped his career as a food writer.

“It’s the bedrock to existence – where you grow up – it’s your country, it’s where you’re from. You grow up with the earth, with the smell soil, rain, the sea nearby, the forests around the farm, the cows, the earth, the change of the season, it’s everything.

“It imprints on who you are as a human being and I think anyone who’s grown up on a farm or in the country will understand that. Where you grow up is indelible, you can never get rid of it.”

Cornish jokes that he landed on food writing after a varied career because he failed at everything else, but says he believes his career reflects modern working life.

“I think everyone is going to have a mosaic career of many facets in their lifetime because it’s just the way the world is. The idea of doing one thing for your entire life is now anathema to who we are these days, you just go with your heart.”

He says writing came naturally to him from a young age and has been a constant throughout his life.

“I remember being in grade 2 and being faced with a typewriter and just being entranced by it. Ms Neil, our teacher, had it there for us to play with and I just loved the idea that this machine could record your thoughts.”

Both Australia and New Zealand are in similar situations due to Covid-19 border restrictions where farmers and growers say they can’t complete harvests or shear flocks of sheep due to a lack of migrant labour. Cornish believes we lack the homegrown labour force because our countries haven’t invested in rural communities.

He says it’s a misconception that fruit picking is unskilled work.

“We’ve invested nothing in our rural workers and we have people from France, Germany, America and Canada who aren’t into it and are doing this job in perfunctory manner so they can hold onto their two year visa. That’s supplemented by workers from the Pacific who come into Australia seasonally.

“How weak is that link? Anything goes wrong with airlines or weather – as soon as you depend on something that’s very weak you come up with these problems. To me, it’s unbelievable. There’s a saying that Australians aren’t willing to work hard but the truth is that the conditions are really bad. They’re underpaid and the conditions are harsh. If you want to have really good fruit and milk and grain, you need to invest in the entire supply chain, not just the processing.”

Cornish says he decided to go vegetarian for a year after he found himself eating a shoulder of lamb off the bottom of a Hilux on a cold country road and recognised he had a problem.

“We had been cooking dinner and I get a call from home that I needed to come back to my family, so I’m heading back into the city where I live and the smell of that shoulder got more and more enticing and I found my fingers edging off the steering wheel and into the tray where the meat was. Then I pulled over and started eating the whole thing.

“I didn’t realise the situation I was in until a school bus passed and there were all these kids looking at this big man eating meat off the bottom of his car. That’s the fun side of it, but I also wanted to have a look at our relationship with meat.”

He says that while abstaining from meat, he realised how vast the disconnect is between our plates and the animal.

“You don’t have any idea how the animal was raised, the conditions it lived under, the husbandry, the slaughter process. We’re completely disconnected with meat.”