Travel in the time of Covid: Two Kiwis who kept going

Already seasoned travellers, they had a spreadsheet of destinations they'd lined up to visit and were in Europe in March when the seriousness of Covid became apparent.

They managed to get through Alaska, Canada, Central and Southern America, including the Galapagos Islands and Antarctica, before getting to Europe. 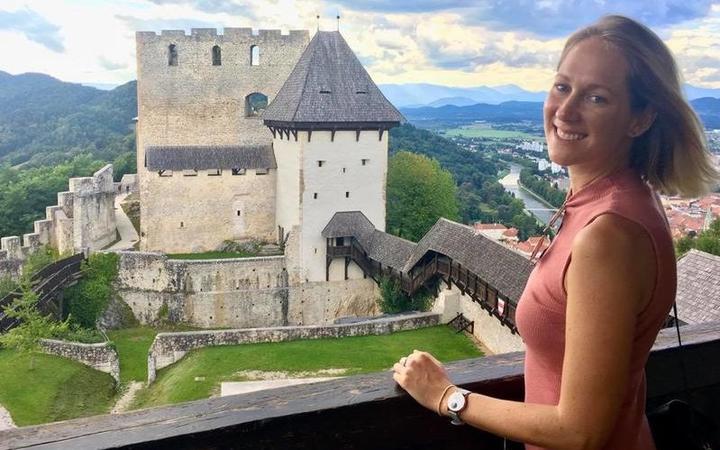 However, while in Portugal during the tourist off-season, that’s when they realised Covid-19 was much more of a threat than they realised.

They flew to Barbados to lay low, ending up there for four months before heading back to Europe to visit Slovenia, Slovakia and Croatia before Covid cases ramped back up again. 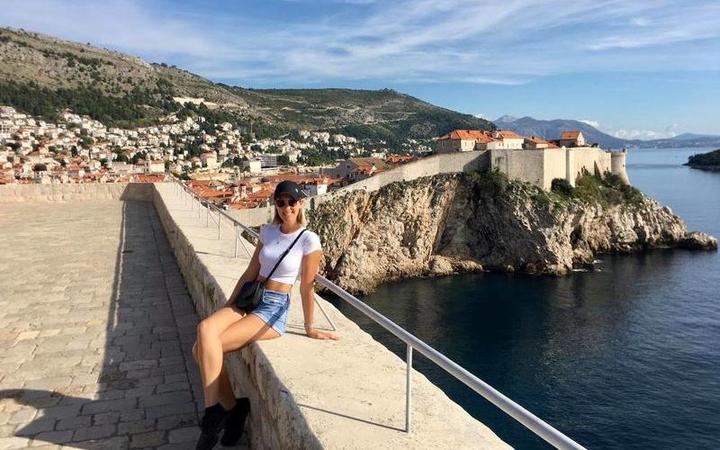 They're now in Egypt, and the pandemic travel's inspired them with their work - Monica's created a wellbeing website and T's helping the anti-poaching charity IAPF.

De Silva told Kathryn Ryan their years-long OE had always been a dream.

“I think the timing was just right. I’d been in the same job for eight years and had a really great time there and it was a good time to change, I think Mon had the same (idea) so, we had a plan a couple of years before, we were like ‘we’re going to do it’, we saved for eight years and then were like ‘OK next year let’s think about it’ and a year rolled by and it all kind of happened.” 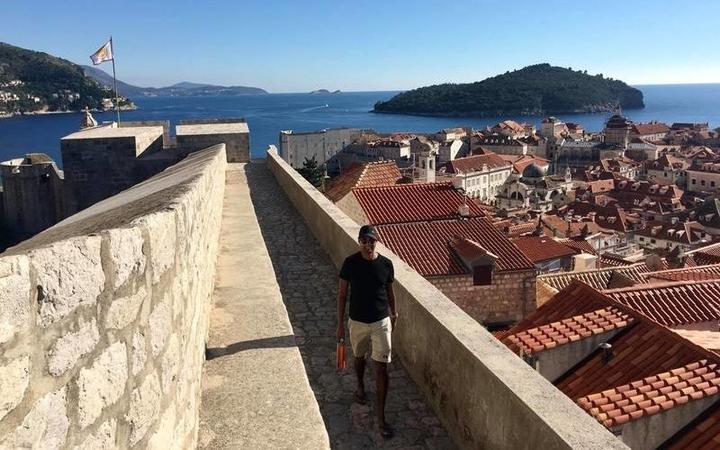 T De Silva next to the walls of Dubrovnik Photo: Supplied

De Silva said many tough conversations were had about their plans, and the possibility of ending it short.

Their sense of adventure overrode those fears though and began rejigging their plan to make their dreams a reality. 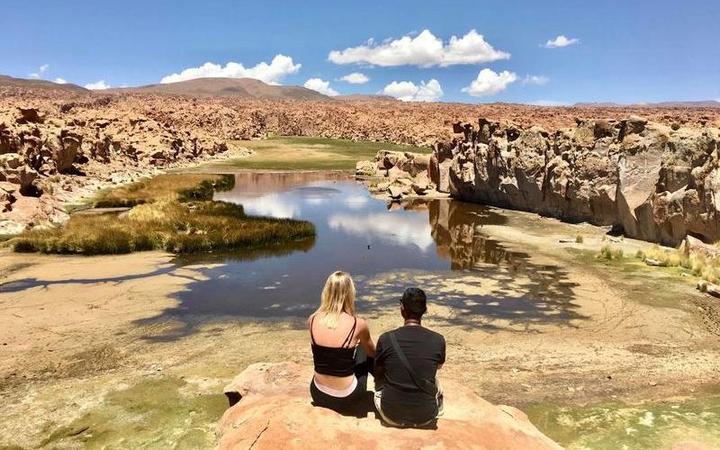 It wasn’t without some hiccups though, before making their way to Slovenia they tried entering Norway, a country that said it allowed New Zealanders into the country, however, when they arrived at the border they were told that was for special circumstances and were sent back to London.

De Silva said it has been quite the experience overall.

“There’s definitely two sides – there’s the being able to enjoy somewhere incredible like Dubrovnik and the walls by yourself or the country sides of these amazing places and in Egypt especially, all the monuments you’ve got to yourself which is unreal and you don’t need to photoshop anyone out of your photos because there’s no one there, but… I’m a big footy lover so I was hoping to see some soccer in Europe in the cafes and the restaurants with the food and the people side, that’s kind of missing – so you get a good portion, a really amazing experience of having some great stuff to yourself, but you don’t get the whole experience of every country. It’s got its great parts and it’s got its parts that we’ll have to come back for and experience another time.” 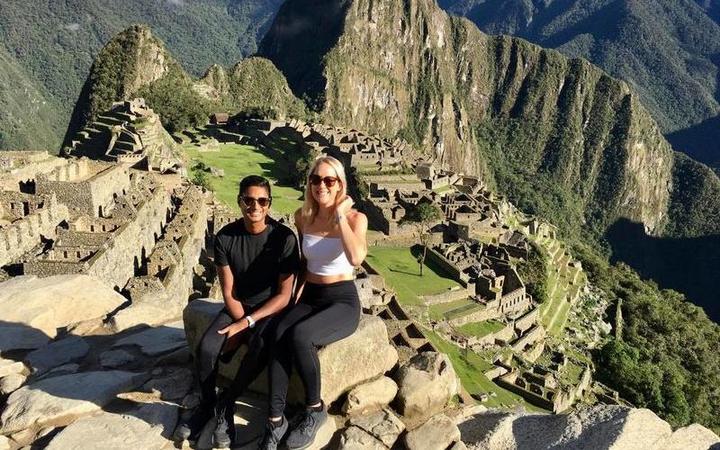 Plenty of planning has also gone into making sure they keep themselves, and locals, safe, by wearing masks in public, taking public transport that has plenty of space and the usual hygiene practices. 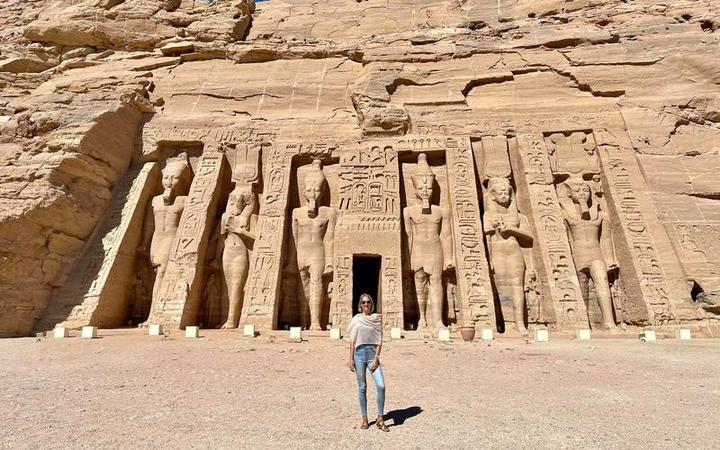 “Egypt I’m not sure,” he laughs, “Egypt is a tough one, but all in all I think having people around makes them feel like people are spending money and trying to support them.” 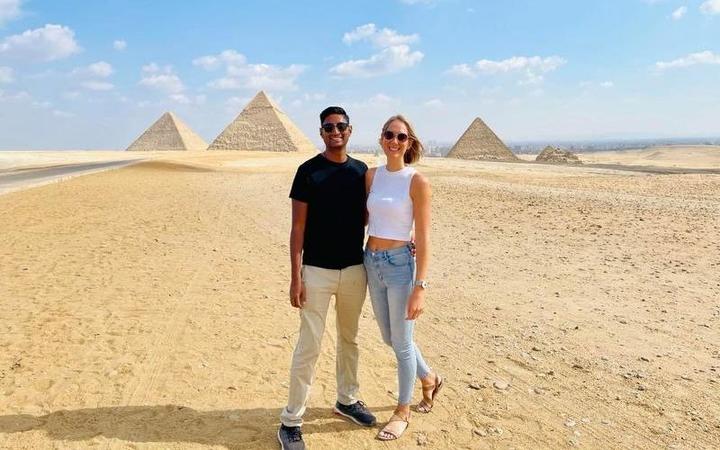