From hostage in Sierra Leone to human rights advocate

In 1999, Aminata Conteh-Biger was an 18-year-old young woman living in Freetown, the capital of Sierra Leone. 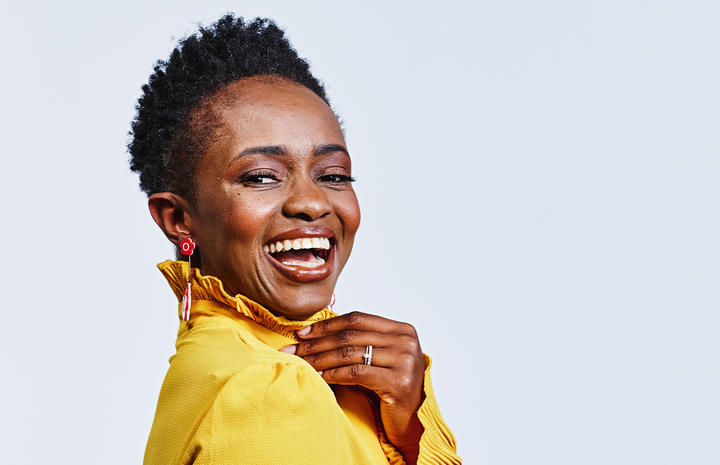 She lived there with the man she admired most in her life – her father – however, she was taken from his arms, kidnapped by anti-government rebels at during the country’s 11-year civil war.

Her abduction was one of many for women in Sierra Leone at the time, they were subject to violence, amputation, rape and were used as weapons in the conflict.

She was held captive and subject to abhorrent treatment for months until she was freed under a prisoner exchange for food and medicine.

Following her release, the United Nations High Commission for Refugees realised that Conteh-Biger was still under threat from her captors, despite living in the neighbouring country Guinea at the time, so she was flown to Sydney, Australia, where she became the first Sierra Leonean refugee woman in the country.

Since the rebuilding of her life in Australia, Conteh-Biger embarked in a career in fashion and as a motivational speaker.

She also married her husband Antoine and brought two daughters into the world - Sarafina and Matiss.

It was during the birth of her first child, a near death experience, that sparked a light-bulb moment for Conteh-Biger - that women in her homeland are 200 times more likely to die in childbirth than in Australia, so she founded the Aminata Maternal Foundation to improve the health of mothers and babies in Sierra Leone.

Determined not to let her past trauma define her, Conteh-Biger also wrote a memoir called Rising Heart.

She told Kathryn Ryan writing the book was a difficult experience.

“I had to go really deep and [recount] memories that I’ve not really thought of remembered [they] had to come back. It’s really amazing what our minds are capable of suppressing.

“I wanted to put myself in a better position for my family, for my children, my husband and also my mother, who is alive, my dad passed about 17 years ago, and for her (mother) to be ready to hear all those things… because I was willing to go to the extreme extent of what happened to me, and the reason why I did that was because of being in Australia no one knows what happened to us in Sierra Leone.”

The memoir goes into harrowing detail of the kidnapping Conteh-Biger and many other Sierra Leone woman like her endured, which she said, ‘ripped her father apart’.

However, she has taken many of her father’s attributes with her in her new life in Australia and applied them to her fight for maternal health.

“I’ve always believed that the beginning of a human’s right is the birth… if you are in Africa, Sudan or India you have a high chance of dying. For me in Australia I had the privilege of seven doctors to make sure that my baby didn’t die, I didn’t die, which wouldn’t have happened if I was in Sierra Leone.

“Sierra Leone [has] the highest rate of [death] one in 17 women die through child birth while in Australia it’s one in 8700 it just really blew my mind.”