The Villages is a self-proclaimed "Disneyland for Retirees" in Florida which has more than 100,000 residents.

Filmmaker Lance Oppenheim was only 23 when he spent almost two years hanging out with residents of The Villages, filming his directorial debut Some Kind of Heaven. 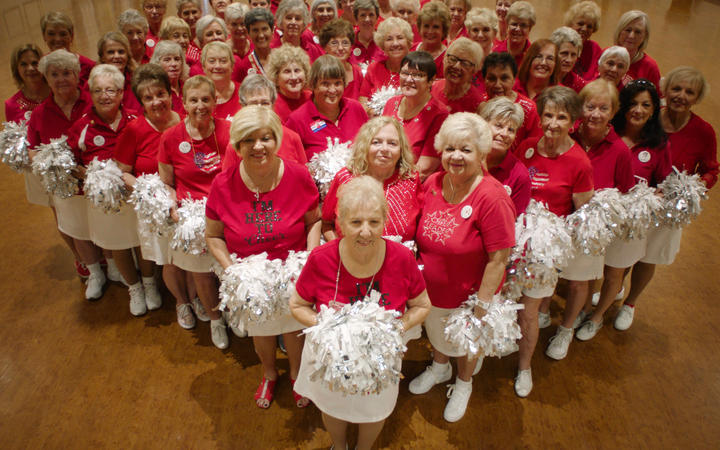 Lance grew up in Florida, where retirement villages abound and grew up fascinated by them, but he didn't know anyone when he arrived at the Villages – at that time to make a short film.

He eventually met the aspiring actress Barbara, Anne and Reggie who'd been married 50 years, and "the wildcard" Dennis.

"Dennis is someone who drove from California to Florida on an expired license, he lives in a van, he doesn't actually own any real estate in The Villages. He moved here for the explicit purpose of trying to find a wealthy widow he could move in with and essentially provide what he calls 'handyman' work but he really just wants to find a companion he can spend the rest of his days with who doesn't drive him so nuts."

Dennis's story shows that many of us really never grow up in a way – an idea that's both terrifying and emboldening to Lance.

"I find it somewhat life-affirming that a lot of things I think about right now, my existential crises that seem to happen on an almost daily basis, those things don't stop. In some ways that's terrifying ... In most people's lives there are questions that go unanswered, conflicts that persist, desires that go unresolved, but also I find that very beautiful in a way.

The seniors in Some Kind of Heaven have the gift of old age which is a gift not everyone gets, Lance says.

"In the final scenes of this film Anne says something which really resonates with me – the things that may have bothered you when you were younger … [when you're older] there's just not enough time to be bothered by them."