Map for the Heart: Essays on Ida Valley life

Ten years ago, writer Jillian Sullivan took a huge leap of faith – leaving a failed marriage and empty nest to build a house from straw in the remote Ida Valley, Central Otago.

She talks to Kathryn Ryan about her latest essay collection Map for the Heart. 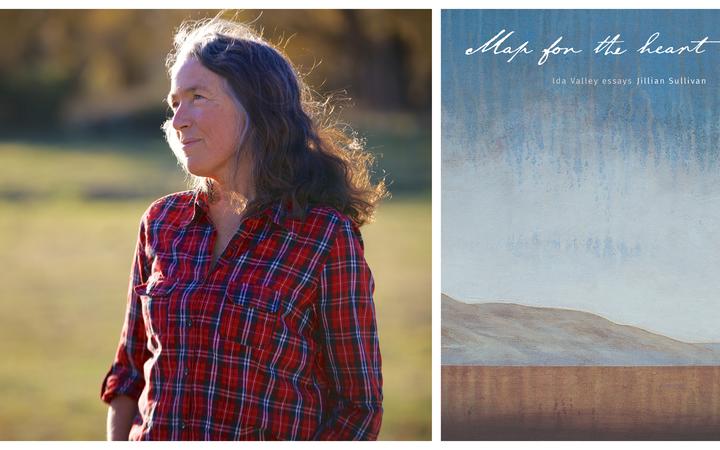 For her first few years in the Ida Valley, Jillian says she was so in love with the community that she was unaware of the conflict between environmental concerns and rural industry.

In Map for the Heart, Jillian writes about the land and our connection with it, suggesting anyone who wants to make use of a river should first walk the river to get to know it.

A seven-day walk gave Jillian her appreciation for the river as its own being – independent of humanity.

"[I realised] the land is itself for itself, and the plants and the creatures – not what it can do for us. I think that was the biggest shift I made. I hadn't expected it but now of course it seems that's how it would be."

This idea that a river has its own right to thrive can be controversial in a rural community, Jillian says.

"It has been… difficult when you feel like you're doing your best ... you want to be a voice for the river but also understand the fear from the farmers and how it might impact them."

She suspects she'll always have a slight sense of being an outsider in her adopted home.

"I didn't understand home and place until my son married a Welsh girl and the wedding was in their village … everywhere you looked was family. We just don't see that in New Zealand.

'I'll never capture that here. But I know my hills and my mountains and I know my house from the ground up. So I feel anchored here, and maybe that's as much as you can hope for."

Jillian had little experience of creative nonfiction writing when she was first commissioned by North & South to write an essay several years ago.

"I gave myself months and I said 'it doesn't matter if you write crap today. Just keep working and you'll know what you're doing'. And I pictured it as if I was building the straw house bale by bale."

She now loves creative nonfiction and has taught it at an American university for the last three years: "Its a very fluid form and you can almost do anything with it as long as it's anchored in the real."