Kay Douglas on how men can break their cycle of violence

Kay Douglas has helped thousands of men to deal with violent or abusive behaviour for nearly 30 years.

The Auckland-based counsellor has s written a number of books, including Invisible Wounds, a self-help guide for women in destructive relationships that has just been updated and republished, along with an accompanying workbook. She's also just released a book aimed at men called Men Making Changes, which builds on her years of counselling experience and was based on the personal stories of 30 men who had tried to change hurtful behaviour towards their loved ones.

She tells Kathyrn Ryan the starting point for men and women is to recognise behaviour as abusive and setting down boundaries to address it.

Some men go through her program two or three times, which consolidates the changes made after coming to this realisation.

“It’s quite hard to change a pattern of behaviour in 16 weeks and retain it,” she says.

Those most successful at change long-term demonstrate a flexibility of mind, and are able to match a determination to address their anger with an ability to view their lives from a different perspective, she says.

“People operate from their beliefs. Beliefs drive behaviour. So, if you’re going to change behaviour the belief behind it needs to change too.”

Developing self-awareness in this process is key, as without it ideas and corresponding behaviour remain entrenched.

Thirty men opened up to Douglas in her book. She says during the time talking they shared their feelings about their behaviour, what led to these and how they had changed and what they would advise other men in similar circumstances.

A common theme related to rage and how many men when triggered into a fury almost seemed like a third-party critically observing their own behaviour but unable to control it.

“Some men are trauma survivors, so they will get trigger and get quite volatile. They will escalate very quickly and they’re unable to connect to what they’re doing and they’re just lashing out… They don’t have that self-control and haven’t really thought about how they can gain that self-control.”

Douglas helps the men identify when they are triggered and put in place a process where they become self-aware of their state and make a conscious choice to de-escalate the situation and not overreact.

Many men who present to Douglas are not even aware their behaviour is abusive until they have it pointed out to them. Behaviour such as put-downs are not seen as controlling or part of an abusive pattern.

Many men see their partners in a narcissistic way, as an extension or themselves and become abusive when any type of individuation occurs within the relationship.

“Some men still belief ‘she my partner, so she has to give me sex, that’s her job. There’s still that level of thinking about sex where they’re not really aware she has a choice. If she chooses to stop sex at a point and doesn’t want to go forward with it that’s OK. That’s new to some people.”

Another common failure is victim blaming and seeking justification for abuse. Breaking the cycle involves recognising this and ditching a need to control.

“There’s still that old school ‘I know best’ sense that I have the right to have the last word on decisions and if I don’t I’ve got a right to get annoyed about it and act out destructively.”

Family of origin plays a part here, with modelling behaviour from parents leading to enactment.

Group therapy, she says, has been more powerful than one-on-one therapy because the men get to hear other men’s stories and this can have a significant impact on accepting past behaviour was wrong and change is required.

“You can see men coming in quite resistant because they’re coming via the courts and don’t want to be there and they’re thinking they’re not going to say anything. And then they hear other men talking about their stories of abuse and it starts to dawn on them ‘yeah, I’ve done that too’. And then they come in with a few stories and knowledge that they’ll done certain behaviours and then there process really begins.” 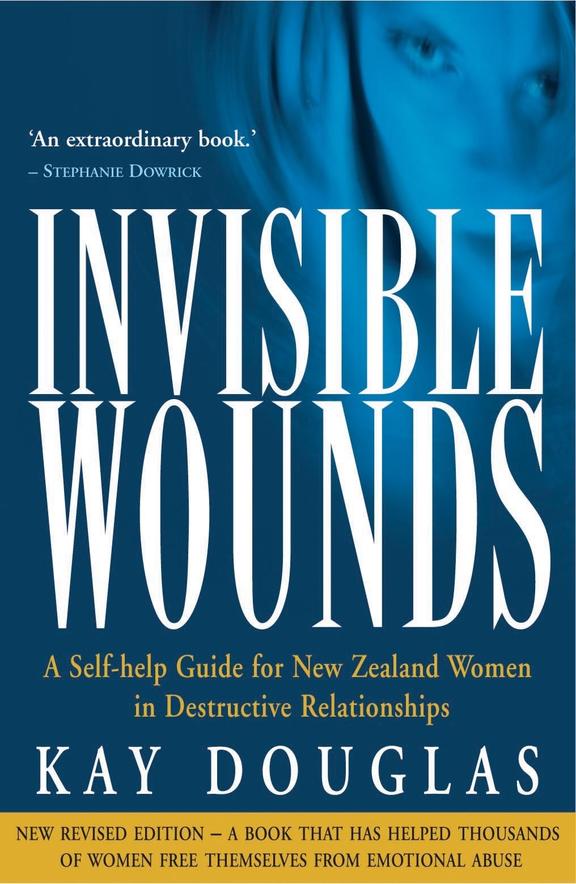 The majority of group participants are made up of those subject to protection orders and required to attend by the courts. Others come of their own volition.

“Often self-referred men, they’ve come because there has been an incident or they recognise their things are really tittering, or maybe there has been a separation and she’s said ‘you have to do a program or I’m not staying.”

She says that over the years men’s attitudes to being sent to programs had become less hostile and the sense that Corrections or the courts had no right to compel them to change their ideas.

“I think men are more understanding that they probably have crossed the line and that it’s not really acceptable. They are more receptive, if anything… and more appreciative of being there.”

Understanding of family violence dynamics has improved over past decades, with law changes recognising psychological forms of abuse too, she says. Before there were stories of police not taking domestic violence seriously, with men being taken away, spoken to and dropped off at the pub to cool off.

Douglas wrote her book Invisible Wounds in 1994 after coming out of an abusive relationship herself, which was traumatic.

“I didn’t really know what hit me to be honest. I was flattened by it. I came out of that I was doing some general writing and reflecting on what had happened and trying to put to together in my own mind.

“A friend of mine said ‘you should write a book about it’ and as soon as she said it I thought yes I should because I couldn’t find a book when I was in distress and didn’t know what was happening and couldn’t make sense out of it.”

The book included the testimony of 50 women, which was the basis of the book. It focused on educating women about what constitutes abuse, as many reframed the behaviour pattern as something else.

“You get completely unable to think your way through it and be decisive about what to do.”

The book has been revised and now offers strategies to do just this, and addresses how modern social media can be used as a means of control and abuse.

Recognising the problem is abuse is always the starting point.

“Reaching out for help is really important, because when you are just in that closed relationship and everything is going on, it’s really difficult to figure out what to do.”