Co-housing advocate Robin Allison has envisioned and built an alternative way of living.

Individuals and families live in a kind of curated community, enjoying the perks that come with pooling resources, including regularly cooking for each other at the Earthsong Eco-neighbourhood in Ranui, West Auckland.

Allison got the 32-dwelling project off the ground 1995, and hundreds of people have bought into it since. 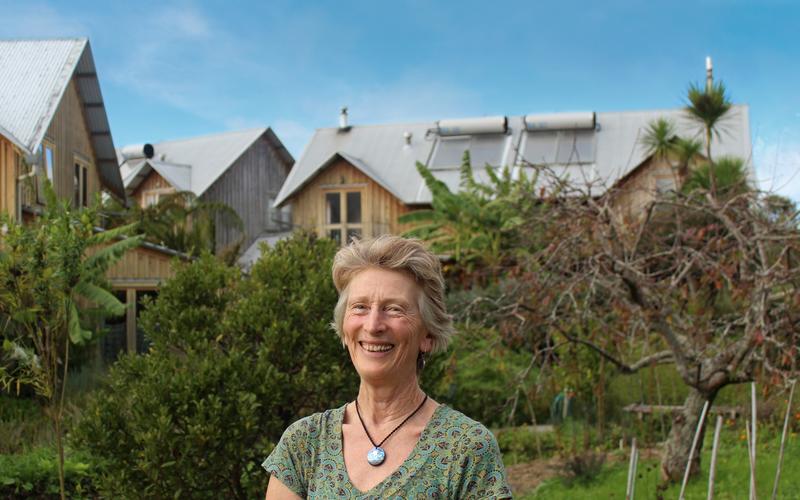 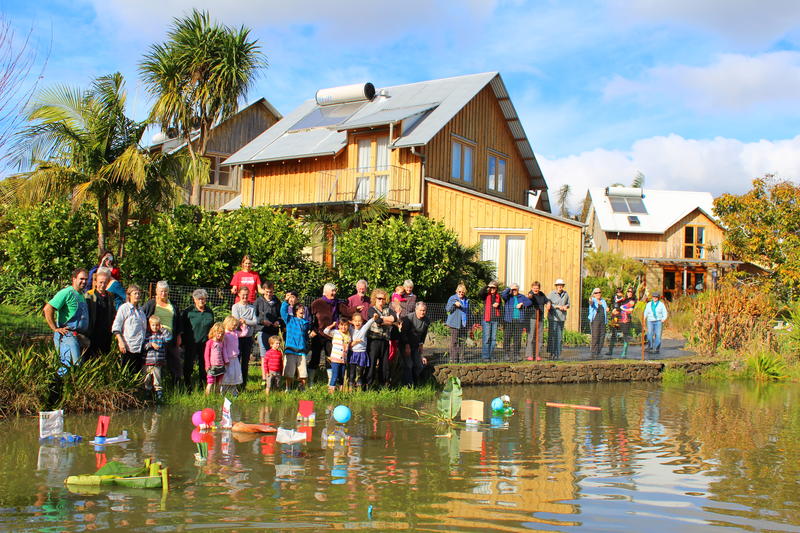 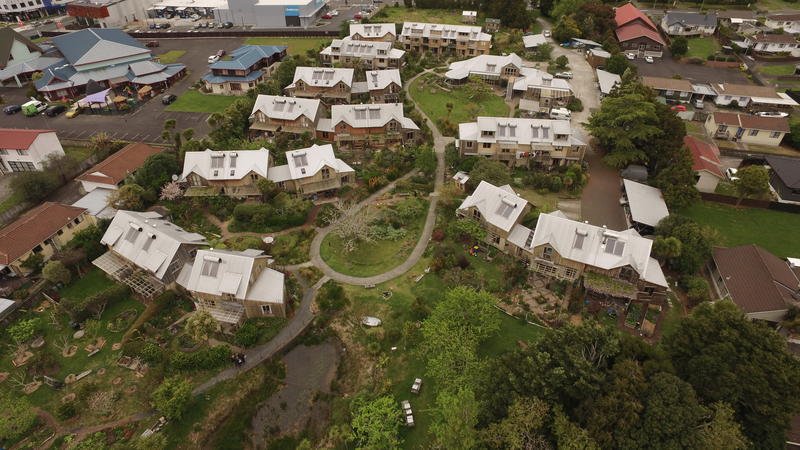 She has written a book about the experience, Co-housing for Life.

The 32-home eco neighbourhood sits on 3 acres of land, she told Kathryn Ryan.

People own their own house, under a unit title arrangement, but there are shared facilities, including a common house and shared gardens.

The houses are solar passive, oriented to the north with concrete floors and thick rammed earth walls.

“Every house has its own solar hot water system. We collect the rain water off the roofs into tanks and that supplies most the water use in the house.”

The heart of the village is pedestrianised, she says.

“So, there’s a lot of comings and goings and saying hello to your neighbours as you pass on the path.”

The cohousing model is a mix of the private and public, she says.

“We’re all individual and have our own private lives, but alongside that, recognising that we flourish when we’re part of a larger group of households who look out for each other and really care about each other and what we are doing together.”

This kind of intentional living is an opportunity for new ways to think about community, she says.

“Life has changed enormously since the 1950s and '60s, which is when a lot of our urban planning pattern was established, suburbs served by cars. We need to really think what is a flourishing life and looking at how households interconnect rather than assuming each household is an isolated entity that then needs to interact with shops and retail to get its needs met.

“I think there’s enormous richness in looking at how if you connect up people, neighbours together, a lot of peoples’ needs can be fulfilled in easier ways.”

The entire project has been an “enormous personal growth course,” she says.

The community has codified way of resolving disputes.

“Decision-making is consensus and every member gets an equal right to participate and voice opinions.”