A community project is bringing vibrancy to some of a Northern Taranaki town's blank walls.

Beautify Waitara is a collective of locals who are using art to transform community spaces and to encourage opportunities for creative people to bring life to the town. 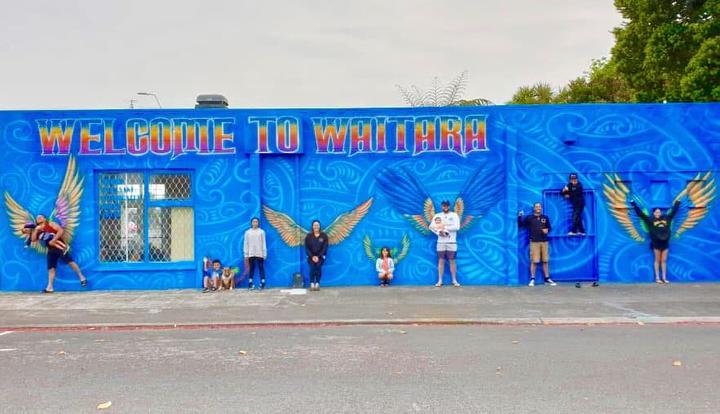 Mike Kettle of Beautify Waitara says the initiative began with the group Te Ara Whakamua O Whaitara (TAWOW) in partnership with the Department of Internal Affairs facilitating hui among the community.

“Te Ara Whakamua O Whaitara went through a process of community hui, quite a few of them went into kindergarten schools and community groups and gathered lots of information on what’s on the heart list of Waitara – if people had dreams about what could happen in Waitara what would that look like, how can we do it.

“Out of that came some core values… a couple were about connecting arts and communities and another was destination Waitara tourism. During the whole process of hui names were put forward of people to engage in any of these projects… some people were interested in art. I was one of those names.”

He says from those meetings people went back and discussed how best to forward the ideas as a project, leading to the formation of Beautify Waitara. Those involved in the initiative included teachers, people in sporting clubs and community workers.

Kettle says many young people have left the small town for work and study, but he was lucky to be able to stay and build the community. He says many of those who leave come back and resettle, bringing new skills and experience back with them.

A key aspiration that came out of hui was to use art to transform community spaces, but as important was the process of engagement and collective efforts of coming together and making it happen. 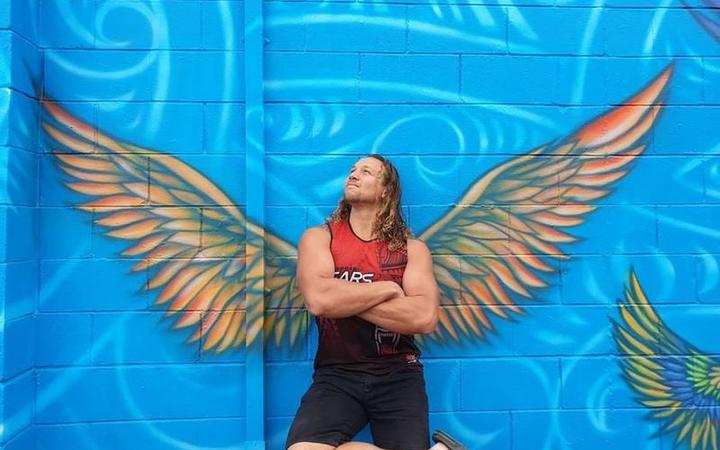 Kettle says they looked at how they could create opportunities for young people and creative types to leave their marks in those spaces.

“Our community is awesome and this journey together in doing a mural – in that there’s a lot of connecting with businesses, talking with schools, talking with the building owners and that’s lots of collaboration going on. 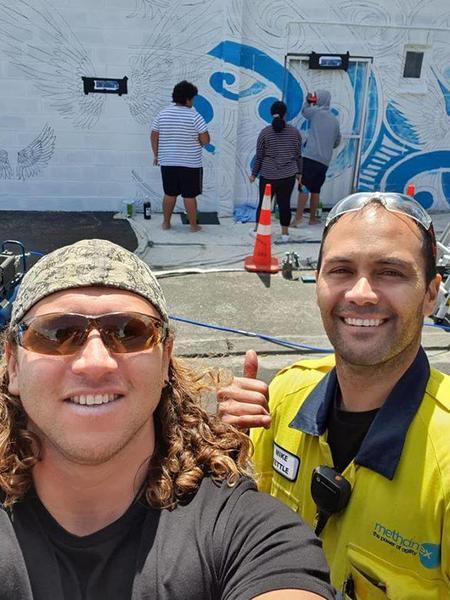 “We could have easily just gone ‘let’s do this and walk away’ but how do we working through a process and grow together, learn together. Where we keep coming back to is creating opportunity.”

Year 13 Waitara High School student Channtae-Lee Lichtwark, who was involved in the art project says it was her chance to add her personal touch to the community aesthetic, working on a mural across from her school, next to the sports pavilion. 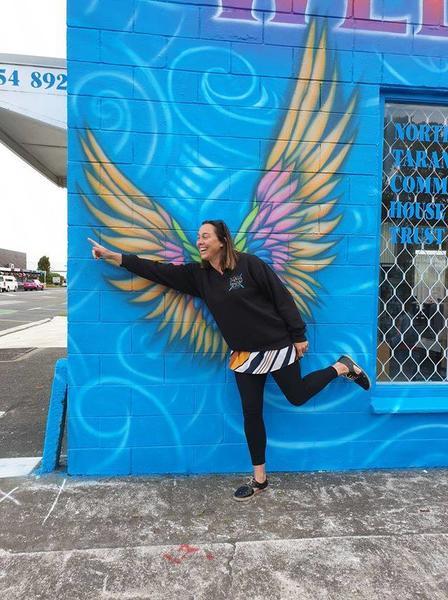 “It’s an environmental wall so I took the chance to link both environment, the school and the sports hub into the design.” The mural also showcases her marae and the town’s cultural heritage as a whole.

There are three murals on the main street, strategically placed for best impact as people enter the town. One was completed by local artist Michael Montgomery, with help from local students.

“It’s pictures of wings and you can stand in the wings. It was in support of environment… of local birds,” Kattle says.

The rest of the murals are expected to be finished within the next two weeks. Each mural reflects of segment of the town’s identity and history and other events are being built around the art works.

“Every little element has a beautiful story to it and so out of that we want to have a story-telling night called Stories in Colour and we’ll just sit down and get our storytellers to bring these images to life.” 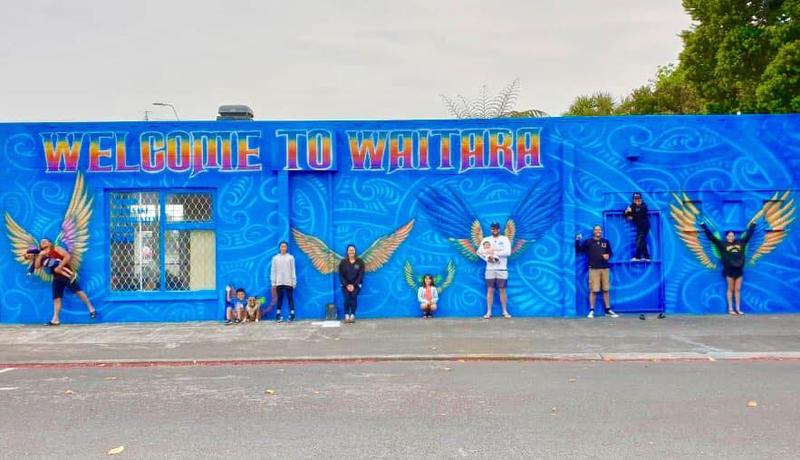 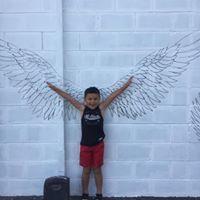 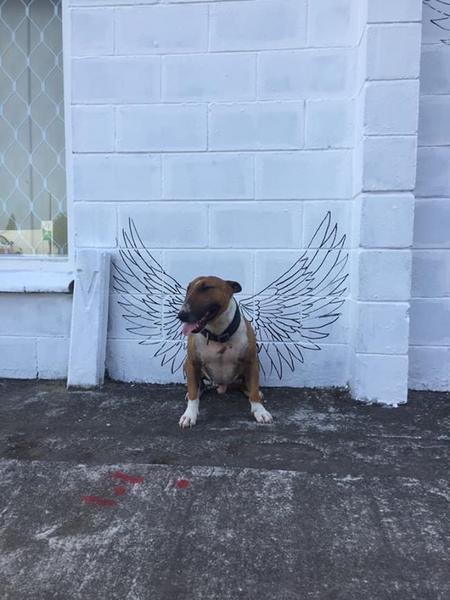 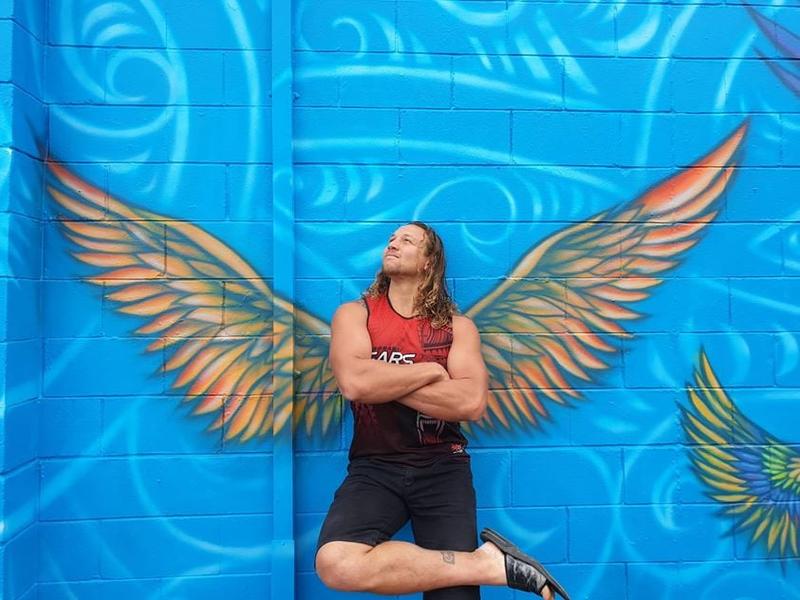 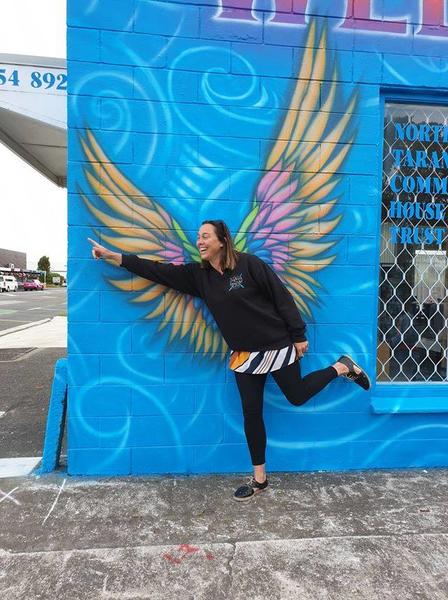 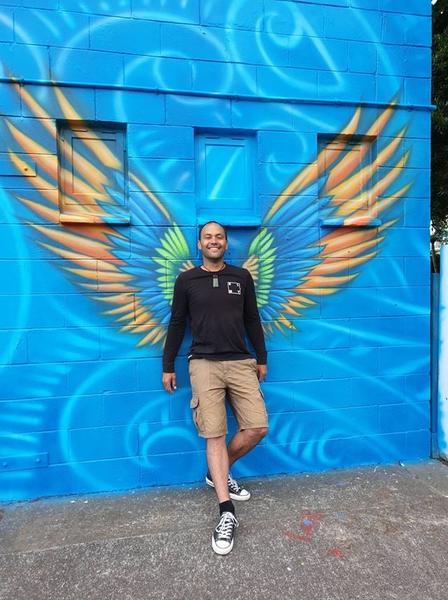 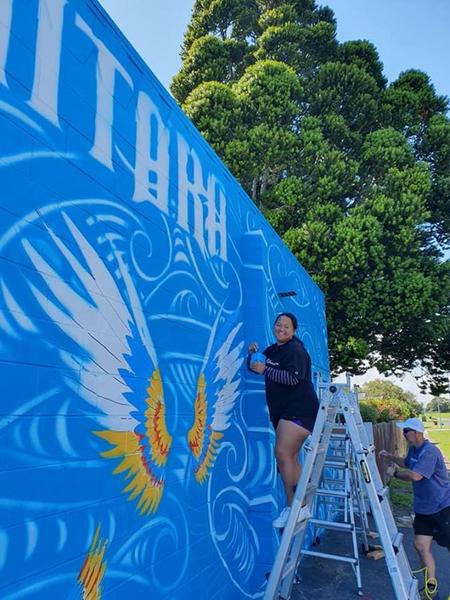 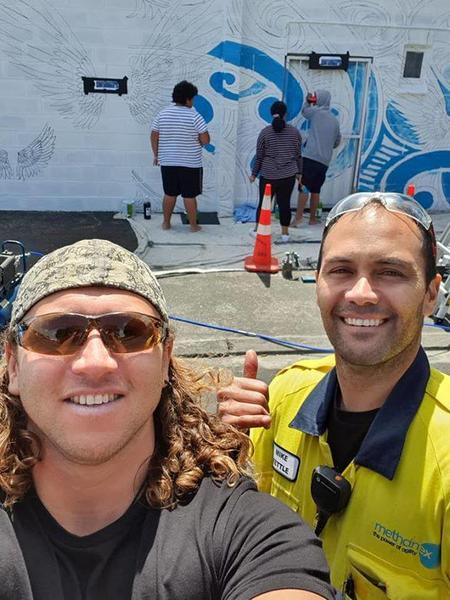 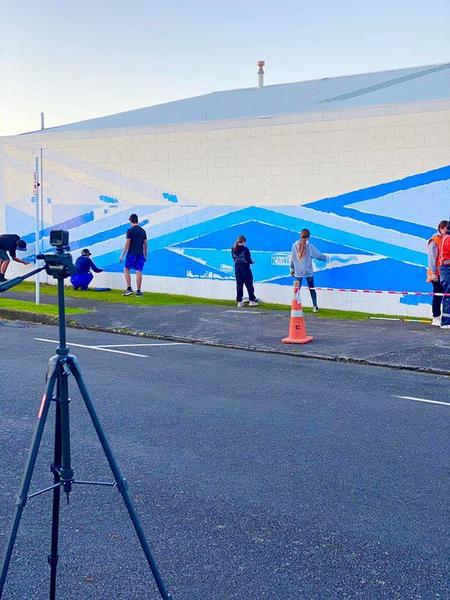 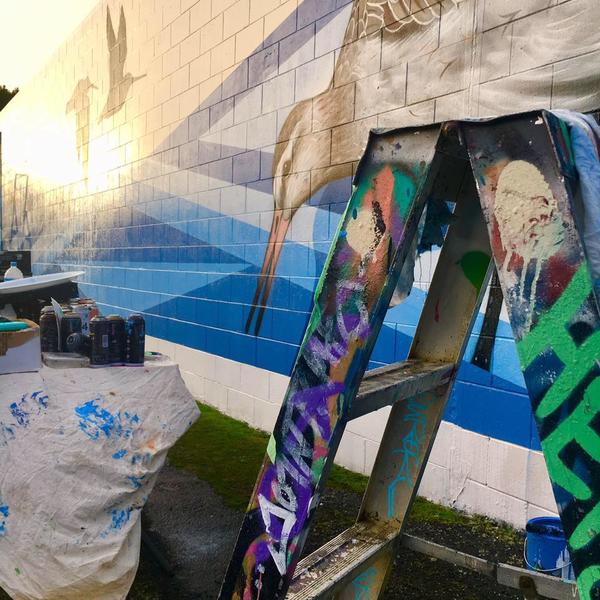 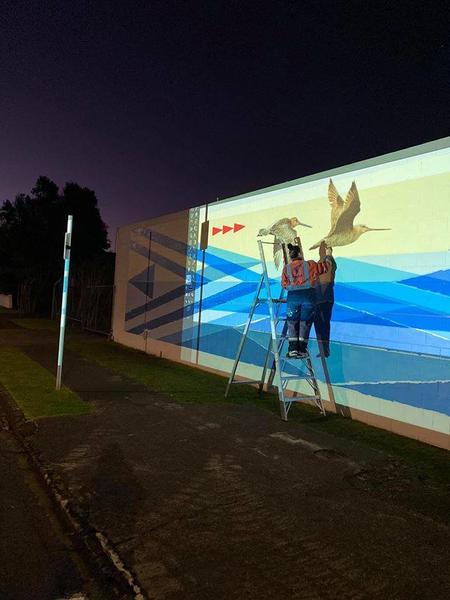 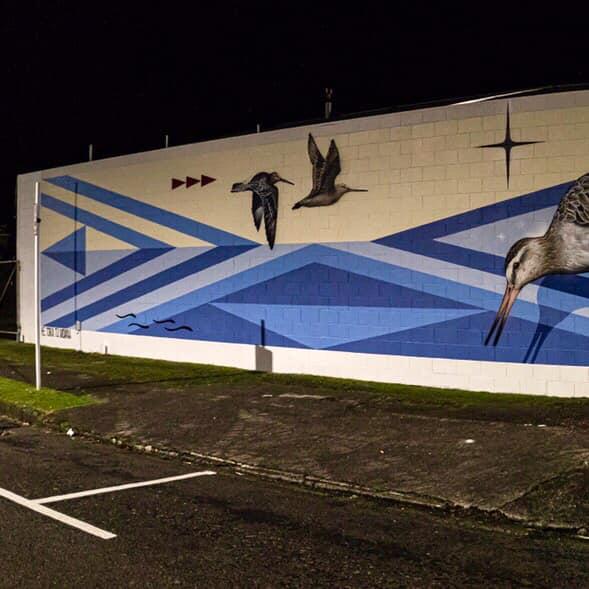 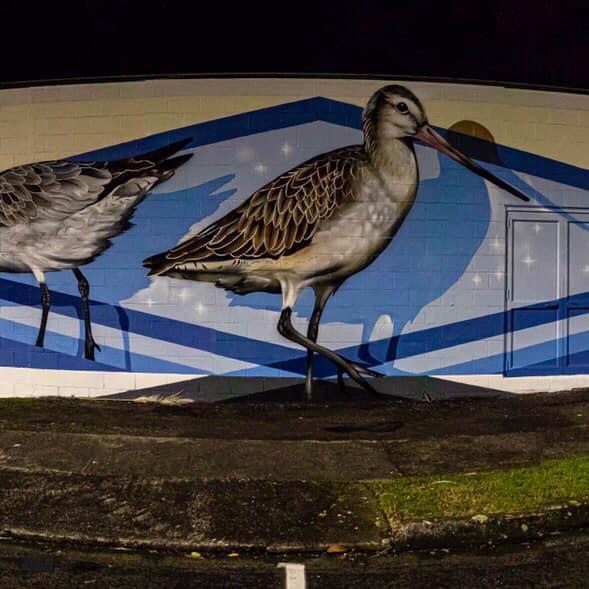 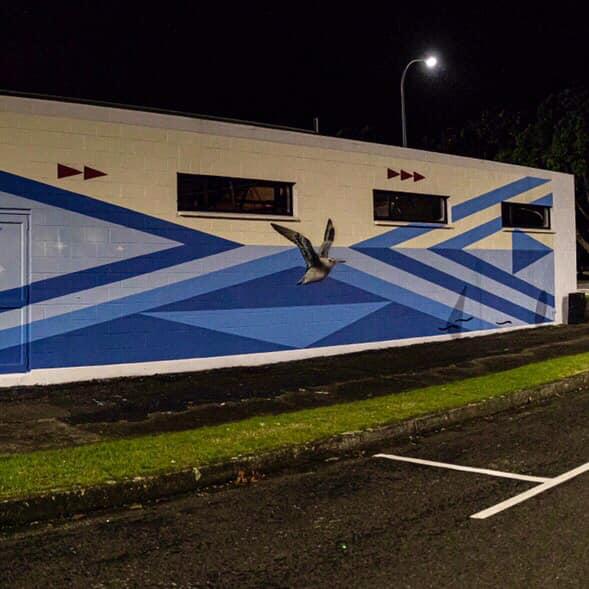 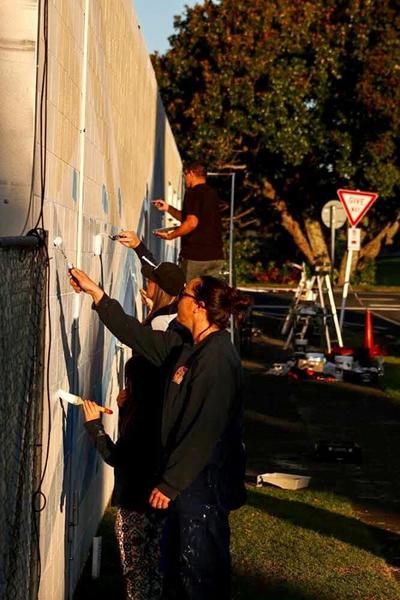 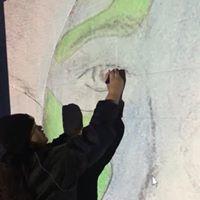 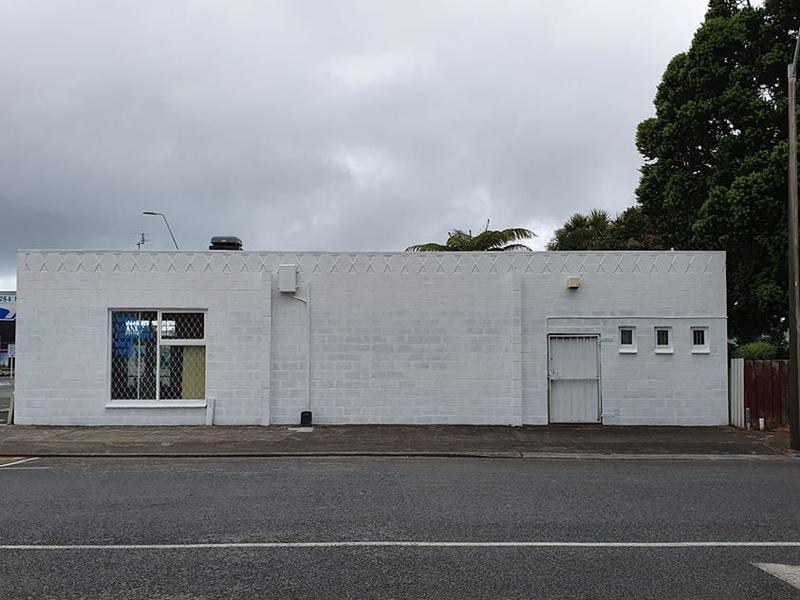 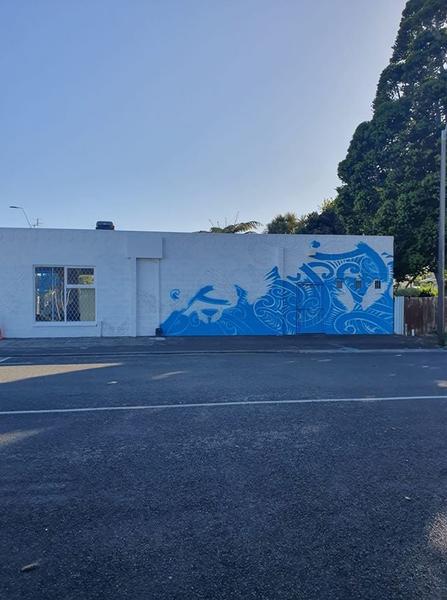