How the brain develops: from newborn to adult

He tells Kathryn Ryan how parents can support young children through the four stages of brain development. 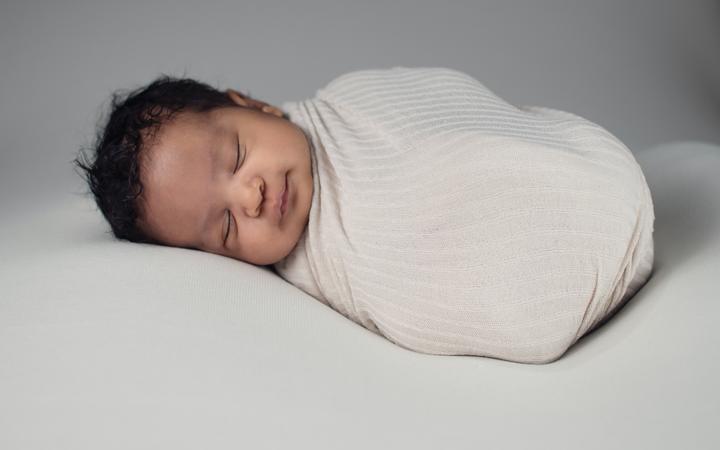 “Even in the womb [the baby is] already starting to gather information about what sort of environment it’s going into. If mum’s getting foot-rubs and cups of tea brought to her and having a good old time she’s releasing endorphins into her bloodstream.

“Those endorphins are positive hormones and they basically flood the womb and they tell the baby …. Whoa, it’s pretty bliss out there!”

If the baby knows that the mum is in a good place, it can get ready for “those higher intellect things”, Wallis says.

However, the opposite is the case with a stressed mother.

“Even if there’s no violence present, just her worrying about perhaps violence is going to happen, that releases the stress hormone cortisol.

“Cortisol washes over the baby and tells the baby it’s a pretty hostile environment out there, I better start getting ready for survival mode.”

While some midwives refer to the first year of a baby's life as the “golden year”, when it comes to brain development the first 1,000 days are critical, he says.

“In the research, we can predict so many of your adult outcomes form the age of one.

“The baby’s got its own consciousness, they’re born with a temperament, but it’s like you’ve arrived into a spaceship, you’ve got no idea how to fly the spaceship - the spaceship is the human body.”

In year one, the baby just needs to feel safe, Wallis says.

“In lots of ways in the first year of life, the parents’ job is to make that child feel secure.

“Your job in the first year of life is to treat the baby like they are the centre of the universe – you are their slave!”

The developing brain needs nurturing each step of the way, Wallis.

“If you want to get up to the wonderful brain number four you’ve got to meet the needs of brains one, two and three.”

In the first seven years of life, we operate mainly from the three 'lower' brains, with the movement brain coming online in the first 6 to 18 months.

“If you think about it, the baby is pretty much a blob in your arms at 6 months and one year later that blob in your arms can now walk, crawl, run climb, finger movements – all of these amazing motor skills come online in that one-year period.”

Confining the baby in a walker, or safety sleeper, for example, will hinder their development.

“Think of it like a rose flowering in the garden, you’ve got to let it bloom, if you tied the rose up it would not bloom very well.”

Playing develops a child's 'mammal brain' – brain number three – which is critical for resilience and creativity, he says.

“If that’s all you’ve got – survival and movement (brains one and two) – then you are a reptile.”

Between the ages of two and seven, children's brains' benefit from free play and creativity, Wallis says.

“Countries that score consistently at the top in PISA [Programme for International Student Assessment] – Finland and Scandanavia – they really meet the needs of this brain number three and there’s none of that formalised teaching until the age of seven."

This approach is backed up by science, Wallis says.

The creative brain is not just the result of genetics, he says.

“It comes online between the ages of two and seven and if you sit a kid down at a desk and say let’s get you ready for school you’re kind of wrecking that creativity.”

Wallis recommends parents in New Zealand keep children in early childhood centres until they are five or six.

“There might be some schools trying to get your child ready to be seven at five and do some literacy and numeracy and you don’t want that – that’s why I say stay at the childcare centre until they are six.”

Girls’ brains develop quicker more quickly than boys, but that doesn't make a difference later in life, he says.

“We do know the female brain seems to come online faster. They don’t end up being more intelligent. There’s no statistical difference between the IQ of males and females.”

Firstborn children will also develop quicker, but there is no reason to panic about subsequent children, Wallis says.

“Be wary, with boys who are not the firstborn, of putting them under too much pressure to develop too quickly. They’re not supposed to show an interest in literacy and numeracy until six and a half to seven and a half.”