There are calls for a spring-clean of medicine cabinets following new studies revealing both stockpiling of paracetamol in our homes, and the nature of calls to the National Poisons Centre.. 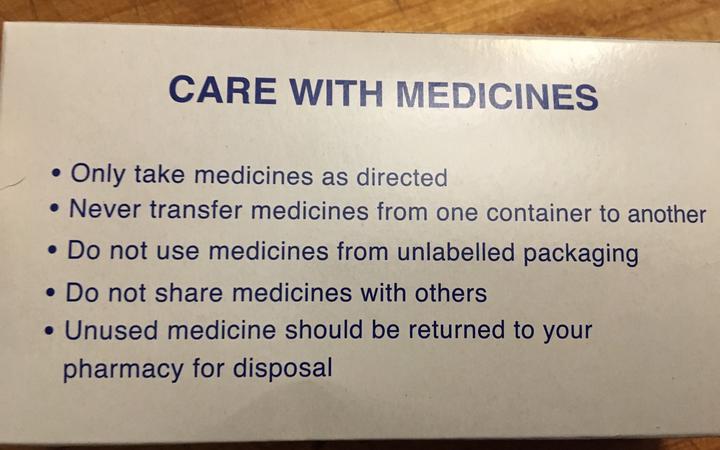 Children, aged under five, are chief among those being exposed to or taking substances that might harm them.

Mostly this occurs in the patient's own home and is unintentional, and most are advised to self-treat, or that no treatment is needed.

Dr Kumpula has led the two studies. She tells Kathryn Ryan about half of calls to the National Poisons Centre involved children, although most were not serious.

“Mostly exploratory behaviours where they try something. Maybe they don’t like whatever it tastes like, so maybe three-quarters of those are harmless.

“What we can mostly do then is talk to the parents, access what happened and then advise what to look out for at home, so we can potentially save a trip to the hospital.”

She says paracetamol is usually in the top five incidences of poisoning in developed nations.

“The reasons for that are because it’s so widely available, it’s used a lot. It’s a great painkiller, good for fevers, mostly safe, but it’s all about the dose. I guess that’s one message that we would like to get out there. Checking the dose is so important.”

Stockpiling medication is related to subsidised costs offered to people, she says.

The versatility of the painkiller and its agreeability with both children and adults, being used for teething problems to inflammatory responses, makes it ubiquitous around the household.

A good spring clean is being advised, although she says paracetamol does not become more toxic when it expires, it’s just that it loses potency.

“So, I would advise that… every now and then just check your medicines cabinet and if there is stuff that’s expired already, just take it to the pharmacy so that it’s safely disposed. It’s just good to keep it to what you actually need.”

Dissuading people from stockpiling is also a way to minimise the possibility of people intentionally overdosing.

Dr Kumpula says research shows that it is an impulsive act and those doing so reach for whatever is available. Not having large quantities of drugs around means they may not be able to at that moment, so it is a way to buy time and, in the meantime, that person may change their mind.