Casa Adelante, a breakthrough building in San Francisco, is showing it doesn't have to cost a fortune to build resilient housing that keeps functioning in a big earthquake.

David Mar, a low-damage design expert from the US, told Kathryn Ryan this social housing project used relatively low-tech techniques combined with an invention by a Professor Geoffrey Rogers at the University of Canterbury. 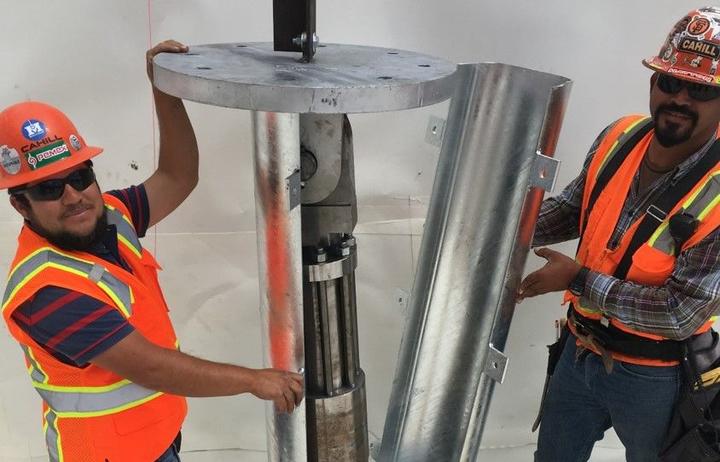 Workers installing an earthquake energy absorbing damper within the foundation of Casa Adelante. It was developed by Professor Geoffrey Rodgers from the University of Canterbury. Photo: David Mar

Traditional design codes have focussed on safety where people survive but the building’s future viability isn’t a factor, he says.

“It’s like going to a car crash, where your car is totalled but the passengers survive. There’s a safety cage in the car.

“That type of technology doesn’t really make sense when folks realise that you need to keep living after the earthquake and there are better options available.”

Low damage design focusses both on safety during a quake but also what happens right after an earthquake, he says.

Casa Adelante is a nine-storey concrete building with 25 percent of the units set aside for the formerly homeless.

“The thinking was these are folks that don’t have a lot of personal resilience, so we need to make a more resilient building, lets rally around this idea of keeping folks in their homes.”

Financial constraints meant the building had to perform well for the same cost as a conventional build.

There was no money for base isolation, Marr says.

“Base isolation is the best system you could have the problem is most of the time it is much more expensive than conventional. So, we couldn’t afford that.”

The solution was a very stiff building with a specially designed foundation.

“So, it was a case of making the foundation not too strong, if it’s too strong the wall breaks or yields and then the damage gets concentrated in the wall and the wall gets stuck in its broken position.”

Making the wall strong, but the foundation weaker allowed the building to rock, he says.

“He developed a device where the foundation is coupled to a pier on the ground and it pulls up on the device and dissipates energy during that rocking action.

“And because of that device we were able to better tune the building and control a big portion of the building that was misbehaving without it, we couldn’t control it without his device.”

David Mar was the keynote speaker at the New Zealand Society for Earthquake Engineering webinar series, which was supported by the Earthquake Commission.

There is no New Zealand industry guidance or standard for the design and construction of low-damage, high seismic-performance buildings.

However, that's set to change next year when low damage design guidelines are published.