Researchers have carried out studies on the attitudes to assisted-dying of euthanasia doctors in Canada and a small group of New Zealanders with terminal illnesses.

The End of Life Choice Act 2019 is an Act of Parliament in New Zealand that seeks to give people with a terminal illness the option of requesting assisted dying. The bill passed its third reading in Parliament in November last year, with 69 votes in favour, 51 opposed. 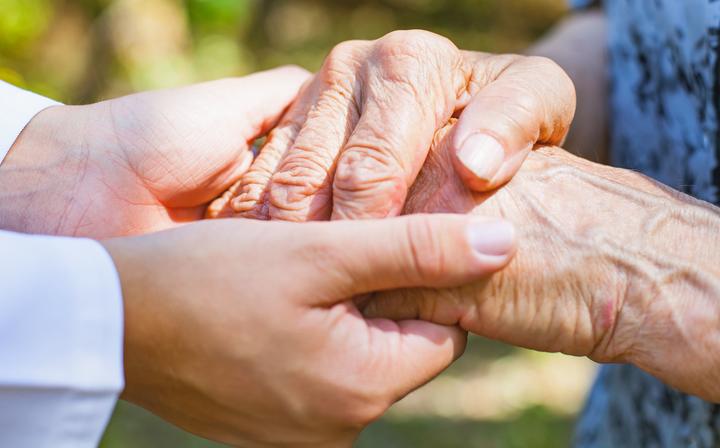 A binding referendum will be held alongside the 19 September 2020 General Election on whether to implement the act into law. If voted through, it will come into force 12 months after the official result is declared.

The Bill allows New Zealand citizens or permanent residents aged 18 or older to request assisted dying if they suffer from a terminal illness considered likely to end their life within six months and are in an advanced state of irreversible decline in physical capability. They must experience unbearable suffering that cannot be relieved in a manner that the person considers tolerable. Patients must have the ability to understand the nature of assisted dying and are competent to make an informed decision.

Jessica Young says the debate has so far focused on whether assisted dying is morally right or wrong, but not why people would choose to take the option if it was available.

She tells Kathryn Ryan she talked to 27 people with a terminal illness in New Zealand and got their perspective after discovering there had been no research carried out on the subject.

Young, who is a medical sociologist, believes the debate over the Bill had overlooked these people and so her PhD focused on qualitative research on their experiences.

“I visited them at their home and I really wanted that to be an open conversation and to let them discuss the issues most salient to them… what was a meaningful live to them as they approached their end of life.”

She found older people were more accepting of their limited life expectancy, but they had concerns about how they would die, but they wanted to control the time and manner of their death.

“It wasn’t so much that they wanted to die, it was palliative to them to have this option open to them. Medicine promises this idea of a good death and they felt like medicine wouldn’t be able to deliver on this. So, this option of assisted dying helped to mitigate this risk.”

Young says all participants were chosen because they were open to the option and that all expressed their criteria of what they saw as a meaningful life.

“They engaged with these ideas of what a good life looked like and they were sort of saying I only want to live under certain circumstances. It was about the quality of life not the quantity.”

The participants expressed concern for their families, not wanting to put them through hardship watching them suffer. Some family remembers who participated approached Young after their loved ones had died to say that person had expressed a desire have the option of assisted death at the end.

Palliative care specialist and Otago University senior lecturer Janine Winters travelled in Canada to ask 22 voluntary euthanasia doctors about what their experiences have informed them about dying.

In Canada Medical Assistance in Dying (Maid) system is similar to the one proposed in New Zealand, but it uses the criteria that “death must be reasonably foreseeable”, which is a much vaguer and open-ended definition. It isn’t confined to the last six months of life.

Winters, a former GP from the United States, began working in palliative medicine 2005. She says she chose medical specialists from a wide variety of circumstances, including those working with indigenous populations. The resulting feedback can be usefully applied, she says.

“Having a large variety and rural approach was very helpful. I got a large distribution geographically,” she says.

“The things I want to bring back to New Zealand – one is communication with people that you might not think of. There were some of the providers who talked about traumatising inadvertently people who hadn’t been informed that the dying was going to happen.

“That person could be the individual who gives the last bath. The undertaker who got called by the person who was going to die, who gets called the day before and told ‘can you pick me up at this time’.”

Winters says a medical team that was harvesting organs from a dying person was traumatised because they hadn’t been told ahead of time that that was happening.

“The person who came in to die, came in a little early and was chatting with some of the surgical team before his Maid procedure and then his organs were harvested. The doctors told me the team was quite traumatised by having that experience – seeing this live person and minutes later they were harvested their organs.”

She agrees that type of visceral response suggests there exists very mixed feelings about assisted death.

“Most of the doctors I talked had felt that these situations where people were traumatised could have been foreseen and ameliorated by education before they happened.”

The Canadian doctors, she says, said they were nervous about assisted death procedures, but had been surprised about how quickly a person died and how grateful member members were.

“I was expecting more of a moral burden of questioning themselves after the fact of hastening the death of another human being. Actually, what I found was the doctors felt they were providing a service that was meaning to the person and their family,” she says.

The doctors in Canada must determine that the decision to die has been reached voluntarily and in a right state of mind. She says there was a variance in how doctors approached the process.

“In determining whether the patient was eligible in particular – they have a clause in their legislation like they do in New Zealand that they have to have an intolerable suffering and in particular in that clause one of the doctors said that she felt that it was only patients that were wanting the procedure almost immediately because their suffering was so great.

“Whereas, other doctors were approving people who were more ambivalent about assisted dying and their suffering was more what we call existential, or fear of loss of control, and so they would approve those people months in advance of when they might want the procedure and there was argument as to whether this was an example of intolerable suffering or not. That was one example.”

A person who wishes to have an assisted death, and is eligible under the above criteria, must inform their attending medical practitioner.

The medical practitioner must complete a prescribed form after having first talked to the patient about their illness, the nature of assisted dying, alternative options for end of life care, and numerous other matters.

If there is a disagreement between the two practitioners, or if it is recommended by either of the practitioners, a third opinion must be reached by an independent specialist appointed by the SCENZ Group. Following this, the patient requesting assisted dying must choose the medication and method of delivery which will end their life.

Winters says that her research has taken note of the missteps in Canada when its assisted dying system was established, so New Zealand could avoid repeating these, if the Bill is passed into law after a referendum.