"We're open for business" is the message the New Zealand creative production sector is trying to sell around the world as it hustles for new contracts. 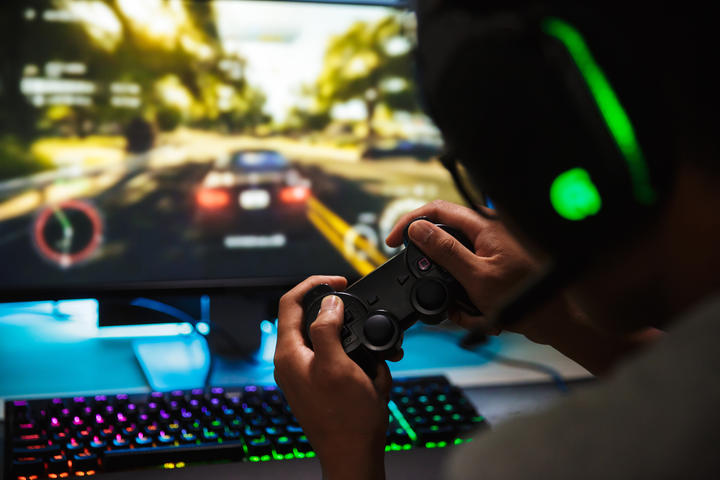 The new campaign, backed by the government through agencies like New Zealand Trade and Enterprise, Callaghan Innovation and Chorus, is hoping to attract and connect international entertainment companies to New Zealand's creative businesses for their live action, digital, location or in-studio needs.

Sam Witters, head of AMO group, which is running the campaign, tells Kathryn Ryan scaling up and using the collective talents of a diverse range of industries to bring work to New Zealand was a no-brainer post-Covid lockdown.

CreaTech is an umbrella term and it’s used to cover a genre of activity whereby technology is an enabler of creativity and vice versa, she says.

“Interactive media for example, is certainly on the rise, we keep saying it’s an emerging sector but it is not. It has enormous value, here in New Zealand it has about 39 percent annual growth, so it’s a pretty significant part of the screen sector.

Screen media is worth annually $3.27 billion in New Zealand, which doesn’t include interactive media or games, and those two things alone bring in three quarters of a million dollars. With big US digital entertainment groups already embedded in that market, Witters says what the initiative offers is less ambitious and more realistic.

“We can help you complete some part of your project and keep you in a job. So, we’re not trying to say we’re job takers, if anything we’re job-makers.

“What we’re trying to do is just put together a big group of talented people here in New Zealand and make something of it.”

The campaign has approached the digital animation sector in Dublin, Ireland, and interactive technology companies in the UK and the United States, offering to complete or take on jobs for them. Contracts are following.

“What we’re saying is a lot of the interactive technology is web-based. What we can do is we can put four animators in a room. If you’re the national basketball association we can go and put a team of players on a court hear and film them for you so you can complete an ad or something that you are doing. That’s the kind of offering we can make.

“We have a combined talent I think of about 80 companies registered now that do a number of things, from animation to using animation content pipeline production technology… so there’s quite a wide offering.”

She says the gaming industry is thriving in New Zealand. But to put all these diverse industry players together as a collective force meant New Zealand could better compete globally and maximum its growing tech talent pool.

"We are a nation of small businesses… so we got to somehow start creating bigger, better businesses and I think we can do that when we combine our collective capability, when we start growing a team, we start investing in it and we start making sure there are jobs coming in here, that we’re doing jobs at home and for international partners and the issue here is, let’s be honest, it’s very easy for these companies to fall off a cliff and 92 percent of these businesses earn less than $500,000, and of that 45% earn less than $100,000.”