A Nobel Prize-winning economist says the disempowering reign of neoliberalism has exposed the US to the worst ravages of the Covid-19 pandemic. 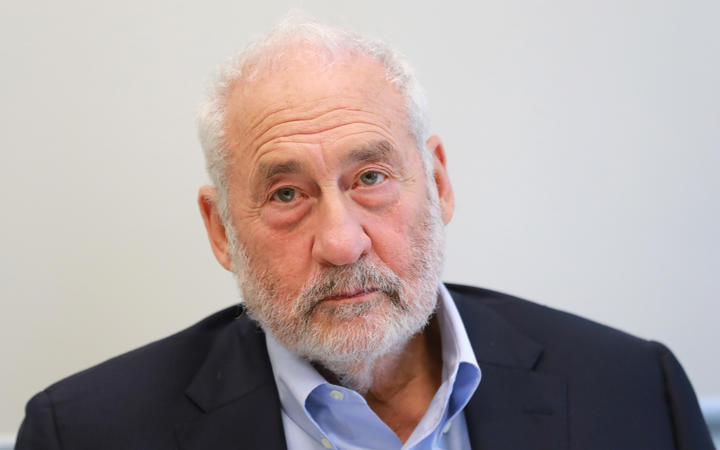 Professor Joseph Stiglitz says 40 years of ideological denigration of scientific research, education and regulating role of government has left the richest country in the world ill-equipped to deal with the crisis.

He told Kathryn Ryan the US was leading the world in Covid-19 infections and fatality rates – with nearly 100,000 deaths so far – because unrestrained market forces had delivered a fractured society and an unsustainable economic model unable to protect citizens’ welfare in the face of crisis.

It has also left the country open to the other big impending crisis of climate chaos, but he says the pandemic offers a chance to deliver massive investment in green technologies to both revive virus-hit economies and shift the dial on climate change.

Professor Stiglitz and renowned British climate economist Lord Nicholas Stern have been looking at the lessons learned in the aftermath of the 2008 Global Financial Crisis, which might inform policy making now during the present crisis.

Governments around the world are responding to the Covid-19 pandemic with massive stimulus packages aimed at keeping the wheels of the economy in motion.

Stiglitz says his latest book People, Power and Profits: Progressive Capitalism in an Age of Discontent  argues that capitalism's dominant ideology has effectively disarmed nation states and left governments lacking in capacity to deal with crisis and protect citizens.

“One of the major themes of the book is restoring the balance between the government, the market and civil society,” he says.

“Forty years of the denigration of government has left the government much less prepared to deal with a crisis such as this pandemic. The US government always sets the worst example, in this case the Trump administration disbanded the White House Office for focusing on pandemic preparedness.

“It de-funded the agency for disease control. It let the supply of protective gear deplete. So, in a sense we always turn to the government in the case of a disaster. We did that in 2008, we do that when we have hurricanes.

“But we, in spite of our dependence on government - a wise dependence as it’s exactly in these times that we need to act together, there has to be social solidarity, we have to act collectively – there’s been a concerted effort on the right to disempower the government. We’ve seen the consequences of that.

The response of the US has been a massive stimulus package for business, which has been criticised for lacking vision and offering a public hand-out to big business without any type of social contract in return.

“It is clear that the economy needs a very big stimulus. Some countries have figured out how to do it well. Unfortunately, the United States has spent an enormous amount of money - $2.7 trillion in fiscal – and a corresponding or even larger amount of money from the Federal Reserve.

“But it’s been very badly designed and the result is unemployment numbers have soared - some 33 million new unemployed. The economy is plummeting, so the money has been very badly targeted and is it achieving any of the goals or objectives of the program?”

He says a lack of economic vision means allowing markets to continue to operate without reference to sustainability and that a trickle-down approach has effectively applied to stimulus packages, with big corporates gaining better access to money than smaller businesses.

“There was no vision or sense of priority. No vision of what kind of economy emerging from the crisis. The worst program was known as PPP, where money went to supposedly small businesses but channelled through the banks and the banks gave first priority to the biggest customers, which were the biggest firms.

“So, the smallest firms had an extraordinarily hard time getting the money and the intent of the program was to keep workers connected with their firms, but it was done for such a small period as it became clearer and clearer the pandemic was going to last a lot longer, that people made the judgement it wasn’t worth doing that, which contrasts very strongly with the success in Denmark and New Zealand… with programs keeping people from unemployment and getting assistance to people who really need it."

The alternative approach involved government planning a type of economy it wanted to emerge from the crisis, which is anathema to free market advocates. But Stiglitz argues this is simply a necessary approach and a duty of government in the face of a crisis that the market is  not geared to tackling. 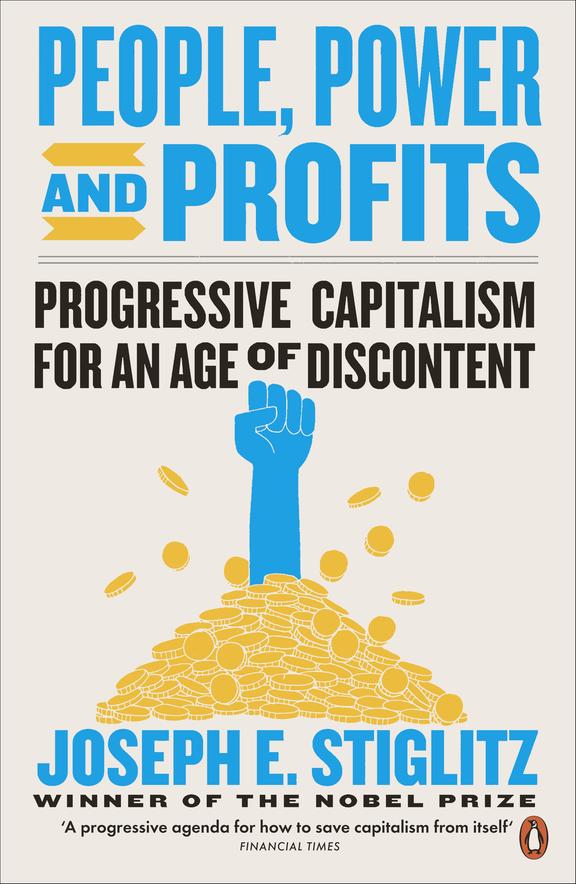 “We want to have emerging from the pandemic an economy that’s really more suited for the 21 century. One of the most important changes we have to make, we all known, is to make a ‘green’ transition.

“So, one of the conditions we ought to be putting on companies, as we give them so much money, is that they step up and become an important part of the green transition. So, we put a condition on the airlines that they make a much faster transition to a lower carbon footprint.”

Green-style investments came out on top of needed priorities from the research the two academics carried out.

He says the attitude of institutional investors has changed profoundly over the past decade, with many divesting from sectors affected by climate change or seen as adding to the problem.

“One of the things the business community finally recognise is a concept called climate risk. There are going to be a lot of what economists call stranded assets. Coal deposits, oil, even gas fields, that was not going to be worth very much. So, at some point between now and the next 10, or 15 years, the value of those assets is going to decrease significantly and that’s a risk to any investment manager and they’re finally beginning to realise that and in many jurisdictions there's a beginning of a discussion on requiring firms to disclose their climate risk and the very fact that you are asking people to think about the issue, makes them more aware of it.

“There is also change in some jurisdictions over what you may call fiduciary duty. It used to be that those who managed these funds for others had a fiduciary duty that was focused on just short-term returns. And I think that there is widespread recognition that that was foolish, that you should not just look at short-term returns, but longer-term returns and those returns are obviously going to be linked with these stranded assets and climate risk.

“So, it’s now being incorporated much more formally in corporate reporting and obviously the CEOs, the investment managers recognise that they now have to take this into account.”

One of the worst-performing policies of the US administration was bailing out airlines without attaching climate conditions, he says.

“We, in the United States, just gave $30 billion to the airlines without any conditions on their carbon footprint. I noticed in other countries that did give money to airlines they did impose those kinds of conditions.

“It was a missed opportunity. But we are going to have to give a lot more money going forward because the pandemic is continuing longer than people thought a couple of months ago and so we still have an opportunity to put these conditions in.”

Addressing the trend of discontented masses voting in right-wing administrations across the globe, who reject scientific expertise and the notion of government planning and economic intervention, Stiglitz expresses hope the pandemic has exposed how destructive this ideological tendency is.

“It will change that, because we’ll seen in places like the United States and Brazil where there was not adequate attention to experts, death rates are so much higher. In those states in the US where reliance was put on experts we’ve managed to get the pandemic under control. So, I think it will increase the role of experts.

“It highlights that, when you have really complicated issues like a pandemic, it really is important to listen to the experts.”

The pandemic, he says, has shown ordinary Americans how the country has been lacking in fundamental ways and that change is needed. A huge prison population, large numbers of sick and disabled reflecting a broken healthcare system, and social inequality and unemployment, have made the pandemic’s effects worse. He cautions that a new dystopia is on the horizon if action isn’t taken.

“I think Americans have become aware as a result of the pandemic that there are some aspects of our economy and our society that aren’t functioning well, that we don’t have a functioning healthcare system, that the pandemic has gone after people in poor health and we have so many more of those people in the US than you’d expect in a rich country.