A sheep and beef farm in Taranaki is successfully growing quinoa.

NZ Quinoa Company owner Kate Dunlop says they have now produced four commercial crops of the seed, which is growing in popularity throughout the world. 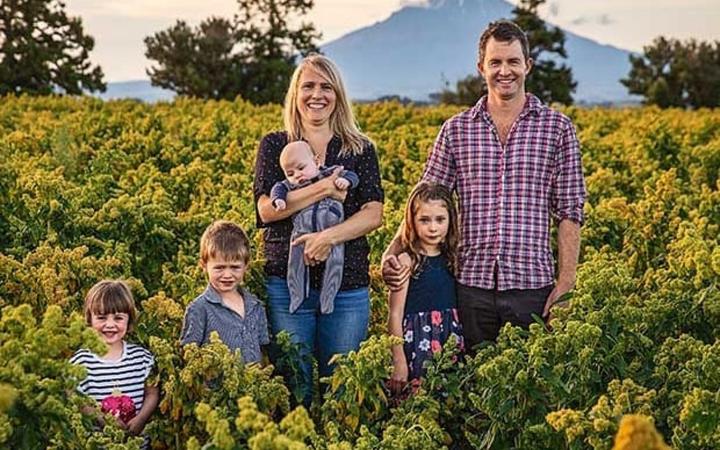 There are over 200 varieties of quinoa, a food that originates in South America, she says.

“It’s a seed closely-related to beetroot and spinach, so when it’s growing there’s lots of leafy greens on it basically as it grows. Our variety produces a beautiful yellow flower for two weeks of its growing season our field is full of these beautiful yellow quinoa flowers.

“Once it’s flowered it starts to dry down, we leave it to dry down naturally on the plant and then when it’s as dry as it’s going to be we get it off with a combine harvester.”

Once harvested it goes to a seed processing plant in Palmerston North, she says.

It’s a very small seed, similar in size to a sesame seed, she says.

Weed management is a “top challenge”, she says.

“The way we grow our quinoa we try to do it with minimal intervention almost as it would in the wild, so we don’t spray it at all.

“We basically try to not touch it, a lot of it is up to the weather Gods when we put it in the ground, we do all that we can to give it the best shot but if we get the right amount of rain and right amount of sun early on that quinoa can get away and beat the weeds.”

Kate shares her recipe for quinoa porridge and apple, bran and quinoa muffins.