Data coming in on the United State's economy is “absolutely grim,” US correspondent Ron Elving has told Nine to Noon.

Elving, senior editor on the Washington Desk for NPR News, says these are the worst numbers seen since the Great Depression of the 1930s era. 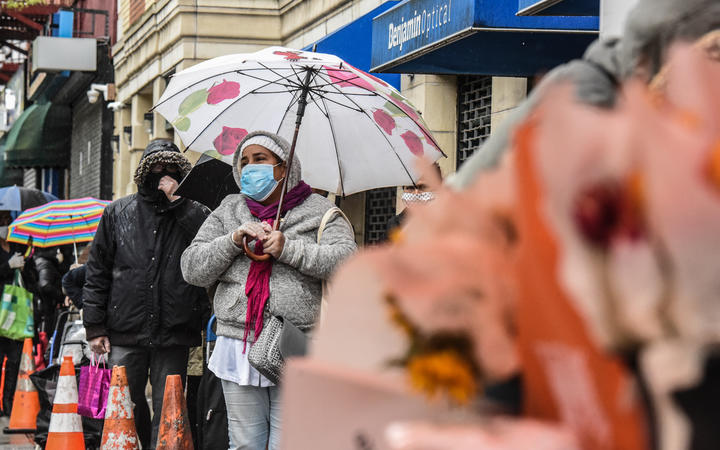 “We have seen 20 million jobs lost in the course of a month.

“We’ve never seen anything like that in our economic history, people are already saying the unemployment rate is realistically in the high teens, it might actually be over 20 percent.

“And the Secretary of the Treasury said this morning it might go to 25 percent. This is something American’s cannot imagine."

While there is hope that many of those jobless Americans will return to work soon, the impact may well be long-lasting, he says.

“Everyone is hoping and believing that three quarters of these people will be back at work in a matter of a few weeks and it will just have been a brief furlough.

“But some of these job losses are going to last longer and some of them may well be permanent. Some very important companies in the United States are closing their doors permanently and declaring bankruptcy.”

Luxury retail brand Nieman Marcus has recently filed for bankruptcy and many others will follow, he says.

“Companies, smaller ones, are simply not able to deal with this disruption and the long term consequences that they can see coming from it even if we do get the country re-opened in the next couple of months.”

Congress is divided on the what kind of economic measures are needed, Elving says.

“It seems that cooperation in Congress, that had been strong in March and early April, has broken down at this point and that the two sides are diverging by the day.

“The Democrats want another big rescue package and the Republicans are saying no what we need is some kind of protection for businesses against any kind of law suit, but we do not need another trillion-dollar package of relief.”

Across the nation moves to reopen or stay locked down vary, he says.

“The governors are supposedly in charge, but they are also deferring in their own way in many cases to mayors, they are asking local officials whether or not it’s safe to open. Everyone wants to essentially pass the buck to the next level down.”

California is an example of the “mixed bag” approach across the country, he says.

“We’re seeing in California there is at least one county that would like to get reopened in the more rural part of that state, while the rest of the state is in one of the tightest lockdowns in the country.