Australia's national science agency CSIRO has begun the first stage of testing vaccine candidates for Covid-19 in what it's calling a 'critical research milestone'. 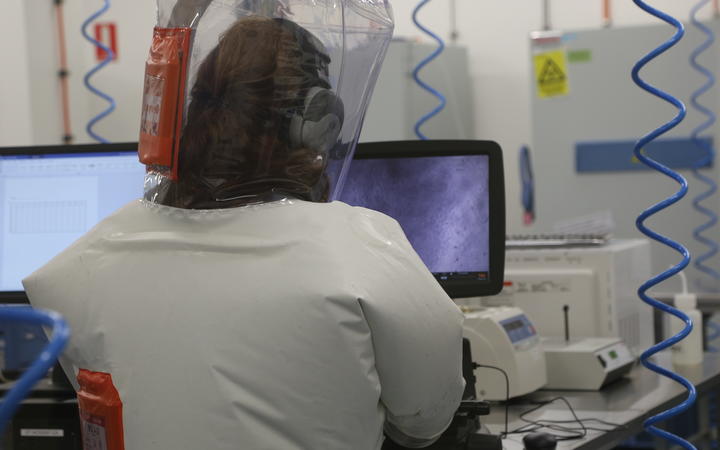 Scientists working at CSIRO's Australian Animal Health Laboratory (AAHL) say they have been studying Sars-cov-2 since January in preparation to test the first candidate.

The lab is the only high-level bio-containment facility in the Southern Hemisphere and its scientists work with highly-dangerous and exotic pathogens, including diseases that transfer from animals to people.

Researchers will also be looking at the best methods of administering the vaccine, in terms of safety and effectiveness.

"What this means is that manufacturers of various candidate vaccines have submitted their data and submitted to CEPI, the Coalition for Epidemic Preparedness and Innovations, and they have authorised us and are funding us to looking at the efficacy of these vaccines in an animal model."

Ferrets are being used for the tests as the mammals are easily infected with the virus and have a lung receptor similar to humans.

One vaccine being tested, from Oxford University, has been designed as a virus 'vector', which exposes virus proteins to the body to prime immune defences.

"What the people at Oxford have made this vector to display certain proteins, which are unique to that virus and our immune system will recognise those proteins as foreign and start to develop an immune response to them," he said.

"It will prime our immune system so that if we do happen to meet the real virus we'll already be able to respond very much more quickly and eliminate the virus, perhaps even without allowing the virus to replicate.

"Not only do we stop the various in its tracks in ourselves, but we stop it spreading to other people."

Professor Dew said Chinese scientists had published the genetic sequence of the virus on the internet and research groups around the world, including the Oxford group and a US-based company that also submitted a vaccine, were able to develop their solutions to the illness.

Both vaccines included the virus' unique 'spike' protein as a means of getting the body to develop immunity.

He said the organisation would be able to assemble a dossier on efficacy of the vaccines by end of June. He said that would be used by regulatory authorities to judge whether the trials should proceed to stage 1 and stage 2, which would involve humans.

Stage 1 would involve testing the safety of the drug on volunteers and stage two would see the vaccine rolled out, with several hundred people in an affected area being administered the drug in the second half of the year.

However, a best case scenario would see the vaccine available to all by about the middle of next year.

Scientists are focused on proving the vaccines have no detrimental effects. One particular area of concern is the danger of causing inflammatory responses in the body and over-activating the immune system's antibodies, causing damage to organ tissues.

"We know from the clinical observations and some of the studies that have been done of human cases that there does seem to be some role of the immune system in actually causing an over-reaction and damage to tissues as a result of being over-stimulated and these immune reactions that can sometimes damage host tissues are something we certainly want to avoid inducing that by vaccination.

"So that's going to be a very important part of both our pre-clinical trials, but also phase 1 and phase 2 of human trials is to make sure that there's no evidence that the vaccine could actually make things worse clinically for a person."

He said there was also some evidence that the route of vaccination had a bearing on  product effectiveness and safety. "So that by one route you would see a detrimental response and by another route it's much more effective and avoids that response."