A medical student at Otago University who is attempting to get home is stranded in Pretoria, South Africa.

A day before Ministry of Foreign Affairs and Trade (MFAT) advised all New Zealanders to return home, Ibraheen Rasheed’s passport was stolen.

He and his three Otago University colleagues, under MFAT advice, took a one-hour flight from Pietermaritzburg, where they were in an elective placement, to Pretoria so that he could get an emergency travel document issued from the New Zealand High Commission. 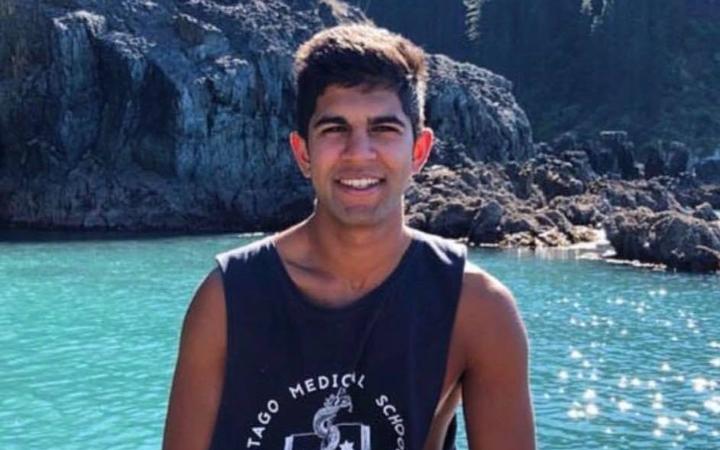 But the specialised printer at the High Commission was broken and he was unable to get emergency documentation.

His mother Fazilat Shah has since been desperately trying to get him on a flight home.

His three colleagues were able to get on a flight home on 19 March, but Ibraheen has had to stay in Pretoria until his situation is resolved - with time fast running out to leave before South Africa goes into lock down.

A new passport has been issued but Shah says she is worried it will not arrive in time.

“The New Zealand passport I understand has only just left New Zealand. The only flight I’ve been able to get for Ibraheen is Friday 1pm their time and that is after the lock down on Thursday at midnight in South Africa.

“I’ve got a real concern it may not work out and I’m really disappointed with MFAT that despite having this case, and being alerted to the circumstances over almost 10 days, that they [MFAT] have not been able to offer me anything, no solution, no specific plan, no effort to get him back or even issue him with a waiver.”

Shah says the Department of Internal Affairs told her Ibraheen’s is a text book case for a waiver.

“I spoke to the Department of Internal Affairs, who were very helpful, and basically said to me that he could get a waiver, that this was a textbook case given the scenario and unfortunately there was no communication between MFAT, DIA or Immigration.

“We have no guarantee that the passport will get there on time, the printer I understand has still not been fixed so he can’t even be issued with an emergency travel document.”

MFAT then told her yesterday that a waiver was not possible because Ibraheen was not on a direct flight –  however there is no direct flight from Johannesburg to New Zealand.

“When I put to them that it’s the same airline that would be carrying him and it is an emergency situation could they waive that requirement for the one direct flight I’ve had no answer till today.

“They were supposed to come back to me today and I’m really concerned that we’re cutting it really fine and that our son may be stuck there for a lot longer and with exposure to this virus and with no one there to care for him.”

Ibraheen is booked on a flight via Doha with just three hours between his arrival and his onward flight to Auckland. Shah said for him to get a waiver, Immigration New Zealand would have to explain the situation to the airline.

Ten days have passed since Ibraheen’s situation was first raised with MFAT, she said.

“I’ve had no answers from them, it was actually only when someone from the DIA got involved yesterday that I got reassurance that we may try and get the passport, or the printer rectified.

“Prior to that MFAT didn’t even make any effort to get a printer which I would have thought was an essential part of any embassy, or have a back-up plan to have another one working if the first one failed.”

Ibraheen is in an apartment in Pretoria and in daily contact with the High Commission there by phone.

While the High Commission is doing everything it can, she believes MFAT has let her son down.

“I’ve had to chase it up I’ve had no answers and from the very first point when I was asking for an emergency travel document and obviously that could not be done and there were no other options.”

Her only reassurance that there is a way to get Ibraheen home has come from the DIA, she said.

“That is the only thing that has reassured me and also that the person who in Pretoria who has been contacting my son daily, apart from that I’ve got nothing from MFAT, nothing at all.”