So called 'kitchen hacks’, cookery short-cuts that seem too good to be true, have millions of views, but do they actually work?

With over 4 million subscribers on YouTube herself, Australian dietitian Ann Reardon, who is the host of one of YouTube's biggest baking shows 'How To Cook That', has been investigating. 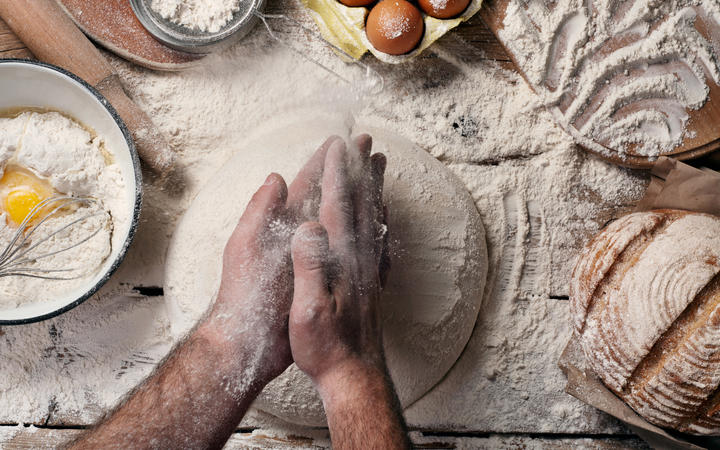 Reardon has been making videos for over nine years, but never thought she’d end up making debunking videos.

Back when hacks were considered useful, Reardon took a ziplock bag and cut holes in it to make a piping tube.

“People like that sort of thing. Nowadays, the hacks have become weird, not necessarily useful.”

People are now creating for an algorithm because subscriber numbers on YouTube no longer necessarily lead to views, she says.

Creating for a machine is a different beast than traditional ‘how-to’ videos.

“The news and everything gets driven by click-bait and as you know, ‘how-to’ videos are not very click-baity.”

In order to make them click-bait, they need to contain extreme things, Reardon says.

This has led to people making things up.

One video showed someone whipping up ice cream and icing sugar to use as frosting on a cake.

“That’s actually just physically not possible, you can’t whip ice cream, it doesn’t have a high enough fat content to whip into a frosting like that.”

People are chasing views on YouTube and Facebook because the more views you get, the money you get, she says.

“Every time you watch a video and you see the advert that plays before the video on YouTube, or on Facebook [it’s] the adverts that play during, both Facebook and YouTube now split that revenue that they get paid for the advert with the creator of the video.”

In one video promoted as a hack, the person shows that to make caramel you heat water and sugar in a saucepan and heat it up until the sugar melts. It’s a high temperature, hotter than water.

“They then have a set of hand beaters and having them running and pour the hot caramel onto the hand beaters so that it flicks around and is supposed to make a caramel decoration. But as we demonstrated with a piece of plastic wrap in front of it, it flicks the hot caramel towards all directions and just burnt a hole right through the plastic wrap.

“So if you had a child or anyone standing in front of it, they’re going to get flicked with this scalding hot caramel, which is just blatantly unsafe.”

Another video showed making a toasted sandwich by wrapping your bread and cheese in tin foil and putting it in the toaster.

“All the toaster manufacturers came out and said this is not safe, this will lead to electrocution, you should never put foil in your toaster.”

While the original video was taken down, companies have found that it’s cheaper to just cut their videos, re-order them and upload them again, Reardon says.

If you notice three dots at the bottom of a video, you can flag it, and let YouTube know about any problems, she says.

But that doesn’t always work.

Reardon says a video on how to make a white strawberry involved soaking it in bleach.

This would be really harmful if you were to eat it, she says.

Many of her subscribers flagged it as unsafe but YouTube said it didn’t violate any of their policies and let it remain on their platform.

“They’ve manually reviewed it and said that it’s OK.”

Reardon wants content makers to be more accountable to themselves and to put up videos that are accurate.

“If somethings gone viral, you can’t get that fact out to that number of people that the viral video went out to so it just becomes known as the truth even though it’s not the truth.”

The videos on YouTube with the most views per day are the ones with the highest click-through rate, she says.

It’s in YouTube’s power to fix this, she says.

“Seventy percent of what gets watched is recommended by the YouTube algorithm.”