Across much of Africa, homosexuality is taboo and gay people face prejudice, persecution and even execution.

More than half the countries on the continent outlaw it, while four enforce the death penalty. In Nigeria, a gay man who holds hands with his partner on the street can face up to ten years in prison.

Portrayals of what it means to be gay in West Africa or the diaspora are rare.

Nigerian-American writer and journalist Chiké Frankie Edozien has written what has been hailed as Nigeria’s first gay memoir Lives of Great Men: Living and Loving as an African Gay Man.

Edozien is a professor of journalism at New York University and a journalist for the New York Post. He is now based in Ghana at the university’s campus there. 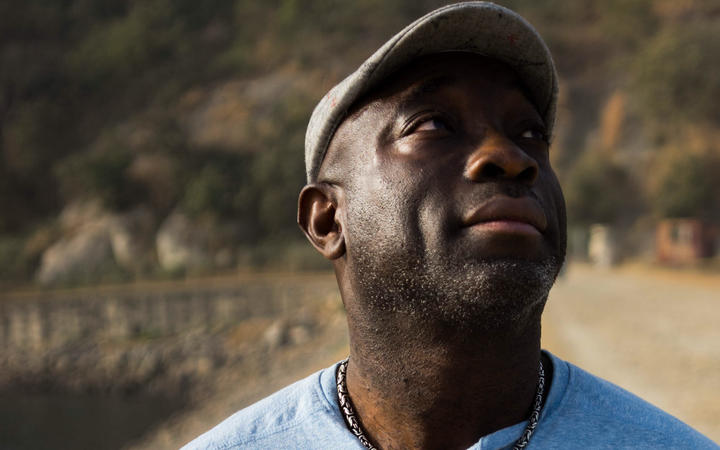 Edozien says while gay people have featured in West African literature in the past, it’s very rare in memoir.

“In terms of social stigma, many of these countries have become extremely religious and LGBTQ people unfortunately have not had the most welcoming position in organised religion.

“If we go back into our own traditional spheres, we see that LGBTQ people have always existed and have always had a place but with the advent of rabid evangelicalism in West Africa and East Africa and even Southern Africa, and very strident Islam, what you find is that there isn’t space for ‘other’.”

A rapid rise in homophobia was fuelled by evangelicals from the US coming into Ghana, Nigeria, Botswana and Uganda saying that Africa needed to be saved for Christ and in order to do this children need to keep away from ‘bad homosexuals’.

The most insidious of seminars like these came from an American called Scott Lively, Edozien says.

“…around the continent he and his group have travelled and given people there template where is said you need to legislate against LGBTQ people and so we saw this rash of laws being promulgated by people who just felt like they needed to do this to keep their countries buoyant and afloat.”

Around 2013, there seemed to be an extra push to make sure that people were disenfranchised, hurt and even killed, he says.

Nigeria’s president Goodluck Jonathan was on the way to a huge loss in the elections.

“One of his last things he could pull out was to sign this draconian anti-gay law in a bid to sort of like get the country to rally behind him because once everything is going wrong you can always say ‘well at least we’re fighting against the gays and unite everybody.”

In 2014 he signed the Same-sex Marriage Prohibition Act but lost the election.

“What that did in Nigeria was unleash a wave of terror against poor people who were deemed LGBTQ who could not fight for themselves.”

It was state-sponsored homophobia, Edozien says.

“What I felt so terrible about is when I looked at the coverage from international media, it was like Nigeria, West Africa, all of these countries [were a] hotbed of homophobia, and 99 percent of the people support it - which I knew to be false, it was a false narrative.”

As a journalist he realised he needed to write stories and include the voices of the people who had been ignored by the powerful. It was the genesis for Lives of Great Men.

“In the whole dialogue over the years, there aren’t those voices, how do you tell the story of a people but you don’t even mention them?”

If nothing else, he wanted these lives on the record.

With younger people now able to share their stories on the internet, there’s been a sea-change.

But those few who are public faces in the LGBTQ community and fighting for change are standing on the shoulders of those who can’t - it’s not something people are able to do on their own, says Edozien.

“Visibility is important, for those people who are able to stand up there, it is wonderful that they are there, but it is important that we allow a space for all of these stories to be out there.”