Israel Adesanya: sportsman of the year

Newly-crowned sportsman of the year Israel Adesanya delivered a powerful acceptance speech at the Halberg Awards in Auckland Thursday night where called out tall poppy culture and said it was time that combat sports were recognised alongside traditional codes such as rugby and netball.

Adesanya trained in Taekwondo as a young person in Nigera. It was around the age of 18, after leaving Rotorua Boy’s High School, he started to watch Muay Thai and decided it was his path.

He’s been training with Eugene Bareman for more than a decade. 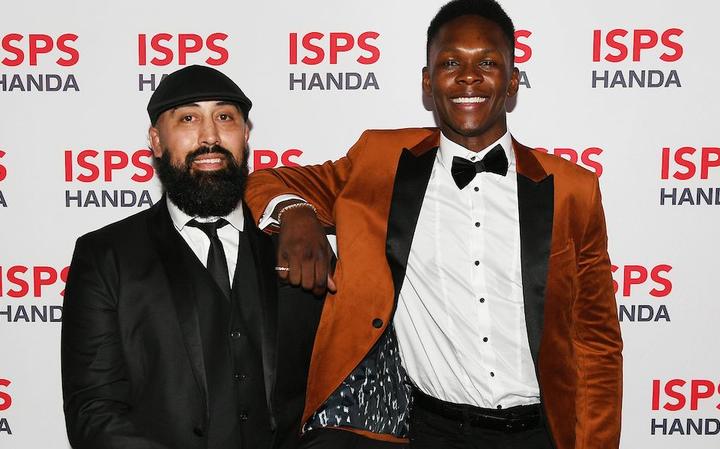 “I was what you’d call a butter fingers in high school…I was never any first 15 athlete or super athlete in school, I was just a nerd, still am but unfortunately I’m a nerd who can kick ass.”

Adesanya likes to depend on himself.

“In that cage, or in the ring, on that mat, if I don’t pull the trigger it’s on me, so I like the challenge of it, the rise to the occasion when the going gets tough.”

MMA does have a team element though, and Adesanya gets together with his coaches to break down an opponent and their game plan.

“That gets me going, the discipline.”

He says it’s been frustrating for people in his game over the years, as combat sports consistently get shunned or looked at sideways, thought of as ‘non-traditional sports’. He heard that phrase a lot at the Halberg Awards when he took out Sportsman of the Year, he says.

While there’s plenty of roles models in New Zealand for up and coming fighters, funding is always given to ‘traditional sports’, he says and there’s a “lack of recognition on the grand stage”.

How does Adesanya amp up for a fight?

You may have seen his pre-game walkout in Melbourne before defeating Robert Whittaker or times when he gets more in the face of an opponent.