KeepCup: Combating coffee waste one cup at a time

She imagined the waste that would be created if her daughter used a disposable cup and then discarded it. If that was wasteful, why was she doing it twice a day with her coffee?

She decided to do something about it – the result is the KeepCup, a sturdy, reusable cup that's sold in more than 65 countries around the world and helps divert millions of disposable cups from landfill every day. 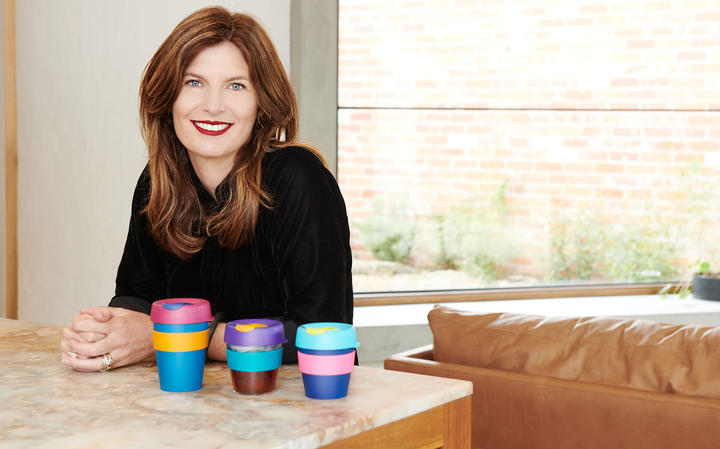 Forsyth told Kathryn Ryan at the time, she and her brother were running cafes in Melbourne and saw the incredible amount of waste generated first-hand.

They went out to buy reusable cups but found that none of them were the right size to use at a coffee machine.

“So, we designed one ourselves.”

This was ten years ago, when the world was being sold convenience and the independent coffee scene was taking off, Forsyth says.

Initially, people didn’t get why they would use a KeepCup, thinking disposable cups were recyclable. They’re not, she says.

“The waste crisis that we’re in as a planet, of all the things, a takeaway coffee cup is completely unnecessary…you don’t need a disposable cup, there’s other ways to drink your coffee.”

The first prototype was very much like the cup that exists today, says Forsyth, although with 3D printing in its infancy at the time, you couldn’t take the lid off.

Forsyth says she and her brother were determined to prove the disbelievers wrong.

They soon realised colour was important, with one guy spending 45 mins choosing between a soft charcoal and a warm grey at a design market in Melbourne.

While independent coffee shops were an easy sell, bigger chains didn’t want to have a bar of them, she says.

“Really, we’ve gotten into some big companies bottom up, it’s because customers have demanded KeepCup.”

The first corporate client they had was the National Australia Bank.

“That was a real leap of faith for them,” she says.

KeepCup now employs 85 staff, but she anticipates the growth period will slow.

“My job now is more about what does a good business, what does a responsible business look like, how can we minimise our emissions.”

This will ensure KeepCup’s future, she says.

There’s been dark days and stressful moments, but Forsyth says she’s committed to what she wants to achieve.

She says when you care about something, you can drive change.

“I liken it to… bashing on the door and the wall falls down in front of you.”