At 73-years-old, Wairoa Rogers is about to compete in her 30th Rotorua marathon. For the past ten years, she’s competed in IronMāori.

She’s been involved right from the beginning.

“I like to be the first in anything, so I put my hand up. I fretted about it after when I knew I had to do a swim.”

Rogers’ was already fit - she started marathon running in 1986 in Rotorua - she just needed to learn to swim and cycle.

When she started, she says she dog paddled maybe 10 metres before getting out but IronMāori co-founder Wayne Skipworth was on hand with a few others to get her going.

“We all used to go to the pond together and try and swim 100 metres, or 500 metres just to get the feel of it, and that’s where it started.

“Whanaungatanga is what kept us going.” 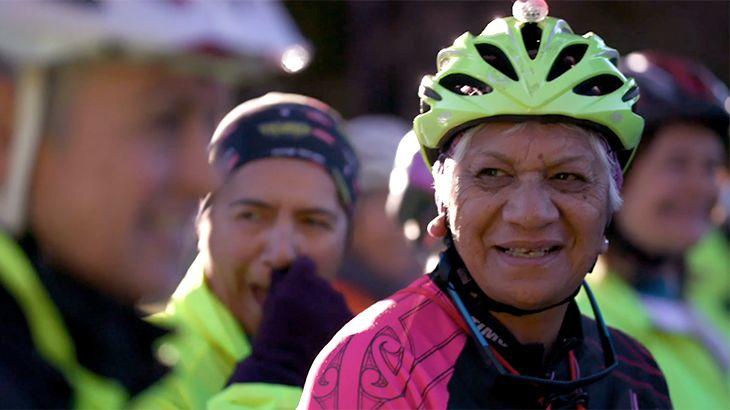 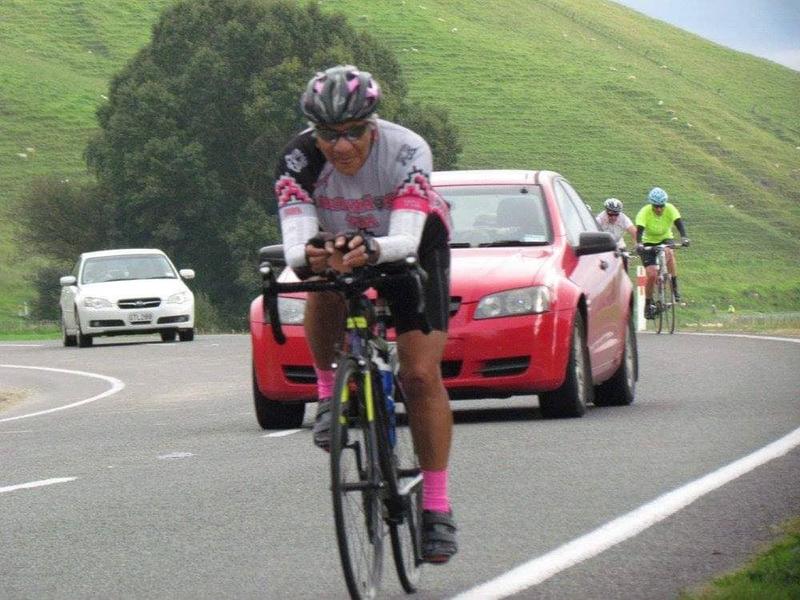 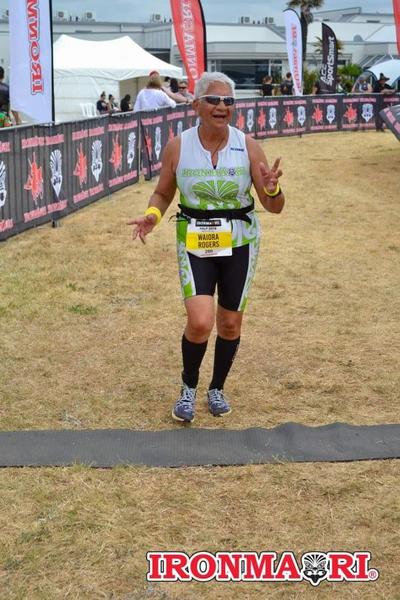 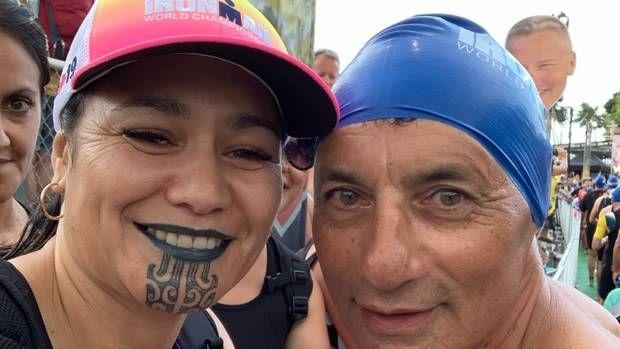 Heather and Wayne Skipworth before the start of the swim leg at the Kona Ironman World Championship in Hawaii. 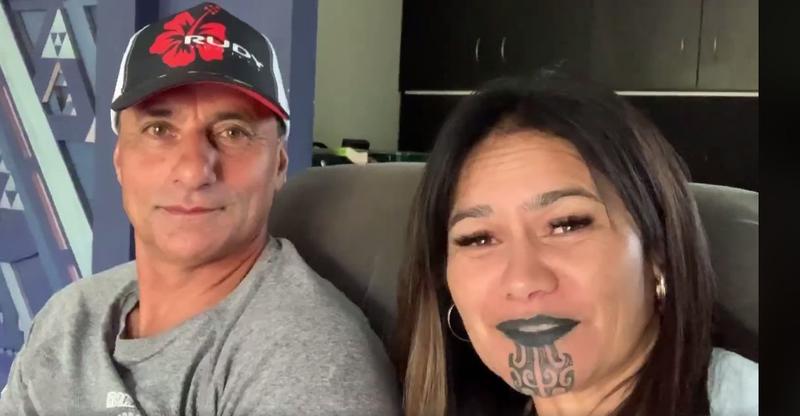 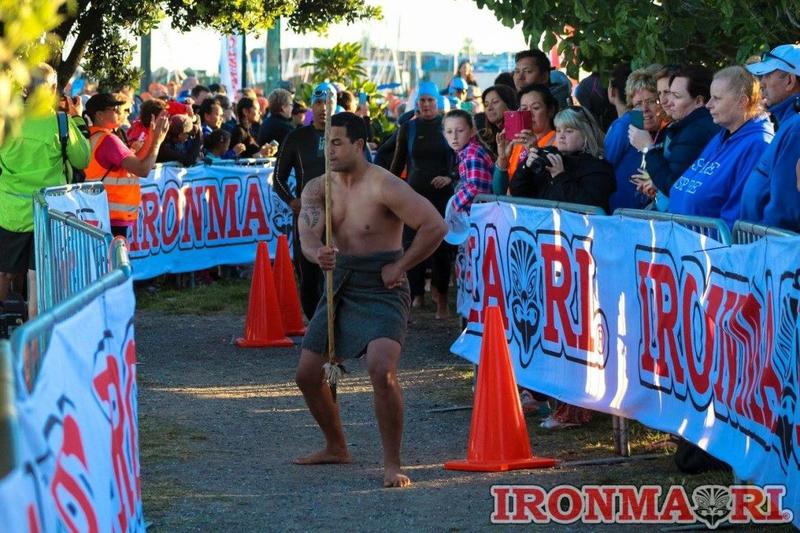 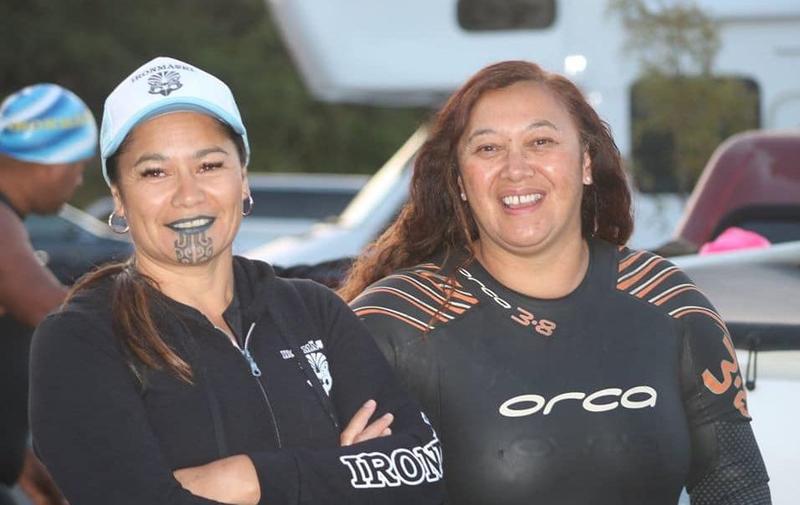 Rogers’ says IronMāori changes people’s lives. Not just their health, but their way of being.

“Whanaungatanga is wonderful because the fastest isn’t always the best, or the fastest person acknowledges the slowest.”

In one case, the winner gave his trophy to one of the slowest.

“That says a lot for what this kaupapa has done for our people.”

People chip away at what they can, one year they may do one discipline, the next year they might try a second one, she says.

Rogers, known as Aunty, inspires and advises others.

“I’m a tail-end Charlie, so I like being with those people, because especially on the walk-run, when it’s very, very hot, and they’re struggling, just to come up alongside them and say ‘take your hat off because a hat keeps the heat in your head or pour water on you or look up…that’s what I get out of it.”

For her, it’s not about the time she gets but about competing.

“I think as Māori, you watch the gurus of the sport and you kind of wish ‘wow, it’d be awesome to be able to do that’ so the IronMāori kaupapa brought it to our people that yes you can.”

She says she will be doing IronMāori for as long as she can.

“My mother had five children, but I’m the only one who lived past 20 hours, so I believe I’m gifted with life, I’ve got to be grateful that I wake up each morning and draw breath.”

Heather Skipworth was working in health when she and husband Wayne co-founded IronMāori but the way the system asked her to measure health and wellbeing vilified people, she said.

“People will come and say they’ve never swum, never biked and never ran, and all of a sudden they doing three sports when they weren’t doing anything, they’d basically come off the couch, but their body will tell them which one to sustain.”

IronMāori caters for all levels; grassroot, mid-level and elite.

“The basic fundamentals of our event is whanaungatanga and manakitanga, we embrace everybody and treat them like our whānau members and that’s not often what you get at other events.

“…In the beginning I thought I was going to look after our whānau and kahungunu. When you envision something, it evolves, so what you envisioned evolved and what I’m envisioning today is going to evolve. That’s the beauty of Māori kaupapa, it runs its own story.”

It’s the people that determine the way the kaupapa will continue, she says.