Salvation or stigma? Case made for targeted social intervention

Health and social scientists have documented the clearest picture so far of our  'hospital revolving-door problem', the concentration of crime, and long-term welfare dependence in a relatively small cluster of New Zealanders.

It concluded that this high-need/high-cost group should be the target for greater social intervention, and warned that not identifying vulnerable groups due to the potential for stigma, may do more harm than good. 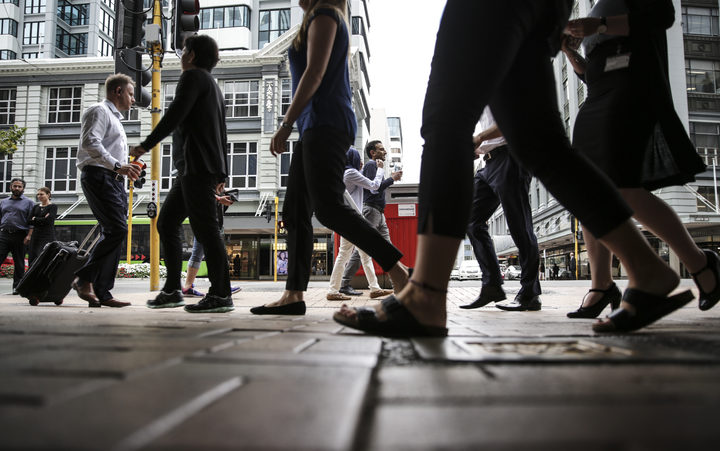 Kathryn Ryan spoke to professor Richie Poulton, the director of the Dunedin Longitudinal Study about the findings.

“Essentially, we were trying to understand the clustering of difficulties among individuals some time ago and we wrote a paper preceding this one showing that that is in fact the case and we showed that early life risk factors can produce membership of the group that have multiple difficulties.”

However, that was only based on a small study in the South Island. Before they took their findings to policy makers, they wanted to make sure it applied across the country.

“We were able to show that with the national data set, both in New Zealand and in Denmark - so you have replication of the basic principle - and then look into the depth of the Dunedin study to examine the early life antecedents or predictors of who ends up struggling in adulthood.”

He says the idea isn’t particularly novel, in fact it used to be known as the ‘seven Datsuns in the driveway’ phenomenon because of services coming and going. What’s new is the data and accuracy of the reporting on the problem.

“We’ve bought together multiple data sets to confirm not only the nature of the phenomenon, we’ve been able to go beyond that and say, it’s in this group of the population, this segment, that you see disproportionate use [of state services], quantify how much that is and then monetise it and say this is the amount of money being spent on a small group of people.”

The hope is that by addressing those difficulties early in that particularly group, their lives would be improved and money would be freed up to go to other, more useful purposes.

He says that 3.7 percent of the population who are high users in terms of hospital stays, the benefit and jail, account for approximately 22 percent of spending across all those areas.

“You should target those most in need, not just for financial reasons though. These people are suffering and they need to have equality of access to the goodies in life. They need as much of a good chance as anyone else. There are financial benefits, of course, for the state and, in other words, for the taxpayer.”

He acknowledges that intervention is a multi-pronged and complex matter that involves school concentration, mental health, poverty, health, and living situations.

“There’s a whole bunch of factors, so you need a very sophisticated approach that takes account of that mix of influences. You can’t just do it by doing one or two things. More than that, what this study shows - which I thought was kind of novel and hasn’t really been picked up on yet - is that this aggregation of individuals and the difficulties they face persists right through their life course.

“In other words, you can have people that are 50 and above, moving towards retirement years and they - we see in that group - they also have this pattern of aggregation, so they also need integrated care much in the same way we talk about the needs for the younger.”

Professor Poulton says people in jail tend to have problems for the very beginning of their life, which can be attributed to poisoning in the womb from tobacco smoke, substances and poor nutrition.

“They start off in the worst possible way, when the brain is undergoing enormously fast development - they were swimming in a soup of poison that is antithetical to good brain development. In the first few years of life they weren’t parented as you would like. There was no warm, sensitive, stimulating parenting, it was the opposite; it was neglectful, indifferent, maybe even harsh and abusive.

“That, then, begets further harshness and maltreatment and then you end up in a vicious cycle that perpetuates until you sadly end up in jail with a history of enormous trauma. So, where do you start? You start in utero.”

He says pregnant mothers need to be helped to be able to provide an environment that is as good as it can possibly be. They then need intense focus on the first two years of life when good parenting is critical to the outcome of a child.

“Parenting is hard, all of us have struggled being parents. It’s not a pejorative or stigmatising thing to ask for a bit of help and guidance and support in how you can parent well, especially if you’re dealing with the economic strains of living on a benefit and you’re a sole parent.”

Professor Poulton says it’s much easier to tackle problems earlier rather than having an ambulance at the bottom of the cliff.

“This prevention argument has been around for 20 or 30 years and has never been particularly attractive from a political perspective because of nature of the political cycle. It’s not to say politicians of all stripes and colours over the years haven’t understood the soundness of the argument, but their focus is on the more immediate.”

He says that has now changed and the jury is in on preventative measures.

“I think we’re on the cusp here. I think this next decade, things are really going to change.”